Skip to content
Home » advent » A Pause in Advent 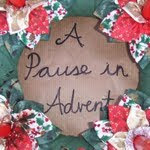 Well my pause for Advent this week has to be on the whole Nativity play in primary schools.

MaxiMad is in Reception and his play Woops a Daisy Angel tool place on Wednesday and you can read all about it here.
MiniMad is in Preschool (nursery), he is in the afternoon group, which are the youngest children in the school.  We went to his production on Friday afternoon and it was more than a joy to behold.  Unlike Maxi, he had been practicing his songs aloud for about 2 weeks and they were along a pretty traditional line, away in a manger, jingle bells etc. 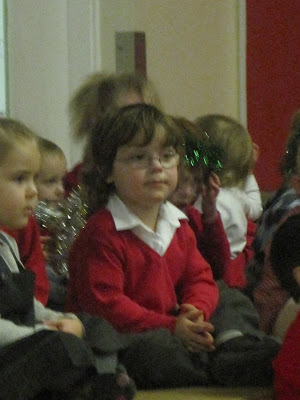 The most wonderful thing was that all the children were pretty well behaved and it was so fun watching them wave to their family in the crowds and on more than one occasion communicate with them and ask if they were enjoying it.

I am ever so grateful that the boys go to a school, which hasn’t killed off the traditional nativity for a non-denominational holiday concert and that the nativity forms the central part of the story. 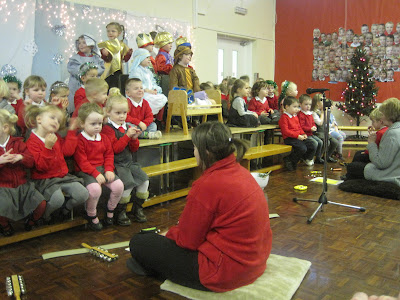 Both boys are enjoying learning about Baby Jesus, the shepherds and the wise men and even the Christmas Star.
I dont quite know why, but the nativity has always held a special place in my heart, possibly due to the fact that every year in my primary school our concerts were held in the church for our parents to visit and it was one of the main things that when I was terribly unwell I clung too.  In fact MadDad reminded me that I was shouting at the doctors that I would come back and haunt them if I died and didn’t get to see MiniMads first nativity. 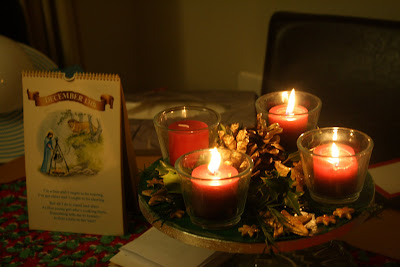 I am finding it such a joy to sit and talk about all of this with the boys at Dinner time each day, it has opened such a line of questioning, it is with such innocence and humor that they thing about things. 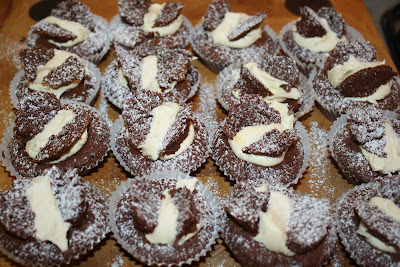 Some of the comments we have had this week:

Jesus only wears pants and and swish cloth in his manger – Mini
Isn’t Jesus lucky he had two dads, Joseph and God – Maxi
One of the wise men was called Frank Sence – Mini
How did the camels make a clip clop sound if they were stood on sand? – Maxi
Julias Cesar lived in Rome – Mini
Did Mary and Joseph have to go through Eygpt? 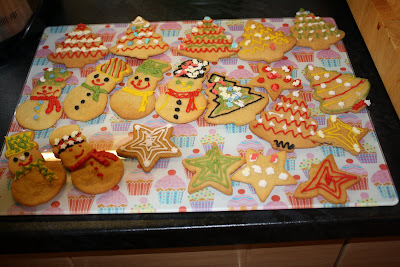 How great that they are thinking about it all and have not once asked about presents or advent chocolates. 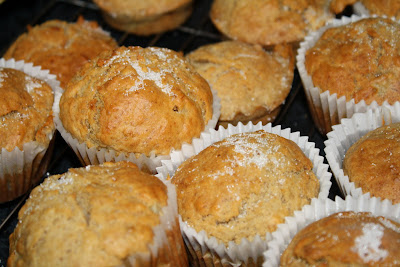 They have been keeping me busy baking, decorating and crafting though.

6 thoughts on “A Pause in Advent”