Screen time for me is the ultimate parenting conundrum. I am really aware that my boys’ are growing up with amazing access to technology and as a parent, it is my job to manage their access and help provide balance to their life but I have no framework or experience to build this on as it wasn’t around when I was a child.  We had one TV with 3 channels and a phone that had a dial and cable! I remember illicitly taping the top 40 on a Sunday hoping the DJ wouldn’t talk over the song and that I could press pause and play fast enough to minimise the gap. My boys have never used a cassette tape, stream TV when they want and live in a digital age that I couldn’t have dreamed of as a child. The gulf is huge. 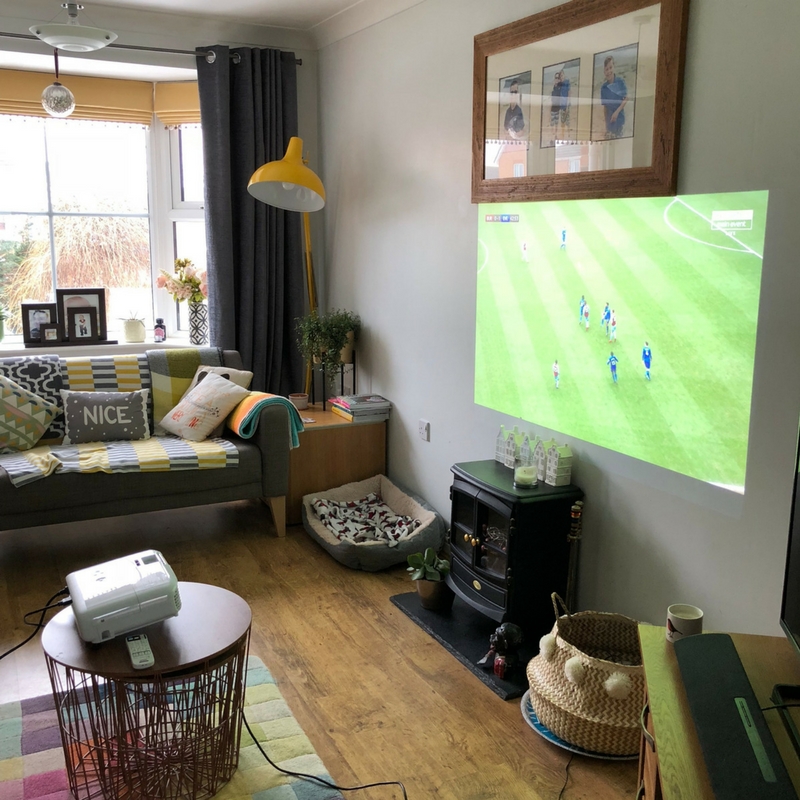 As the boys’ get older their reliance on screens for entertainment seems to have grown. The lure of playing Fortnite on the Xbox with their friends is massive. I am not going to lie I have found this a big issue over this autumn and winter.  They have gone out to school in the dark and get home in the dark so playing outside has not happened.  The bad weather has meant that lots of their usual outdoor sports activities have been cancelled and the default seems to be to play with their friends on their screens.

So why would I be interested in bringing in yet another screen into the house in the form of a projector?

Well, initially it was for very selfish reasons.  We have 2 TV’s in the house. One in the conservatory and one in the sitting room and if the boys are both on them then it means that the husband can not catch up with the news or his football. Als, I knew it would earn me some brownie points with the boys.

What the projector has actually done is make screen time a social occasion.  We were sent the Epson TW-650 home cinema projector to review (rrp £599.99) and I have to say that it has and is a big hit with all of us. To start with the picture quality is as good as our TV even when just projected on to our cream wall in the middle of the day with the blinds open, this blew me away as I remember the projectors at school where even with all the curtains closed you still couldn’t make out the image! It is easy to set up, lightweight, portable and has wifi. Add all this together and I have found that rather than separating to different rooms on different screens we are congregating around the projector like we used to do the TV of my youth. 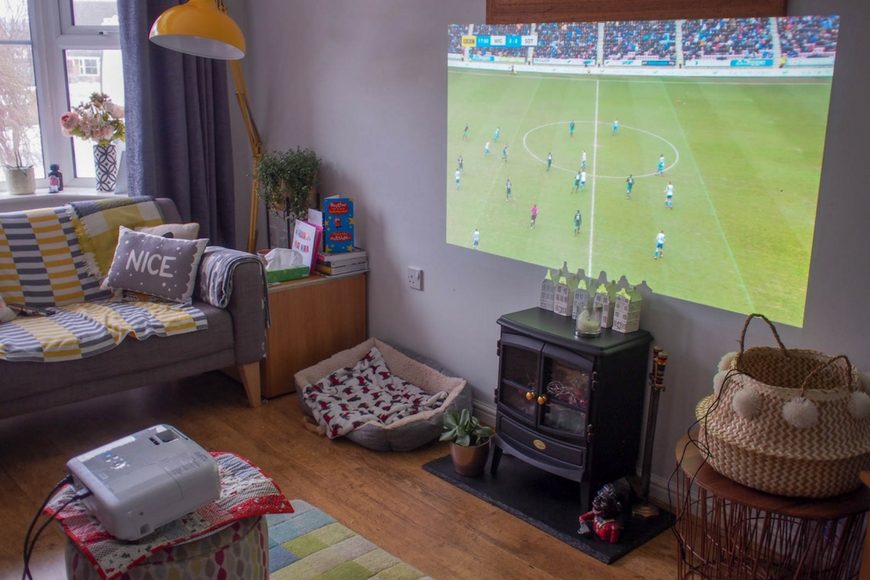 Movie night becomes a whole new experience when you are watching on a BIG screen in your own home and we have watched so many more movies as a family since getting the projector and Maxi is having friends over to watch movies on the big screen for his 13th birthday and Mini has already decided he is having an outdoor movie party for his birthday in June!

We have space on our wall in the living room to project directly on to it at 62inch, which is just perfect in my opinion and bought an inexpensive screen from Amazon for the conservatory and when we want to project larger.

Watching sports on the projector is fab too, I loved watching football on it. It is super easy to connect to our TV, Sky box or Amazon Firestick by HDMI cable. Even I can do it! 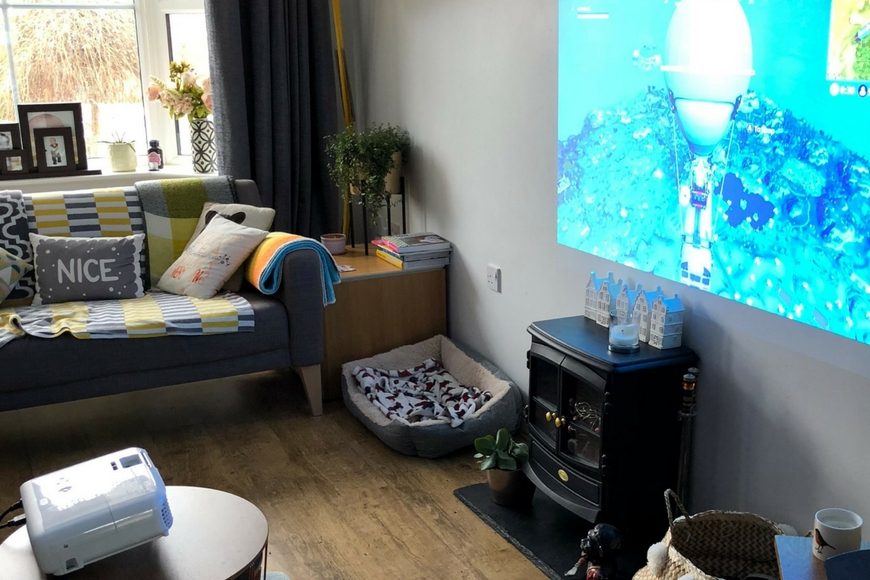 Now let’s come to gaming – instead of the boys gaming on their own Xboxes they have brought them to the projector and played together.  They can do this via split screen as it has two HDMI ports.  Something strange also happened when the Xbox was connected to the projector. MadDad and I also started joining in with the games, something that I haven’t done for years! 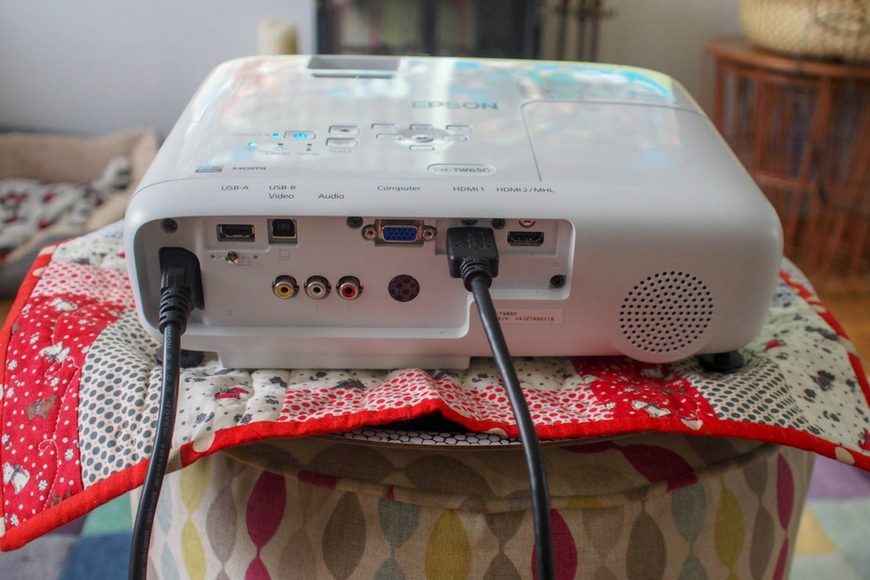 What we weren’t keen on: 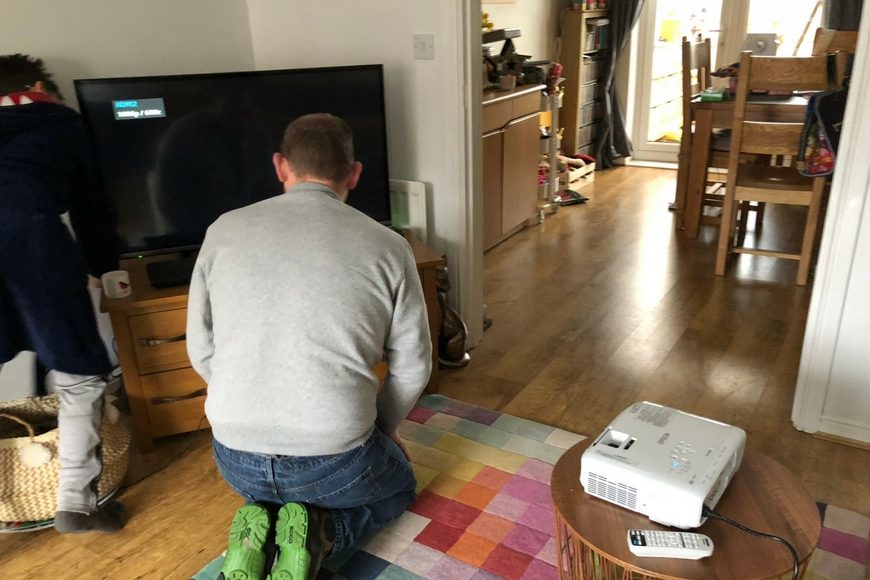 I had never considered buying a projector, but now we have one love the way it has brought us all together and made our screen time as a family so much more social. We are even considering bricking up one wall in the conservatory and ceiling mounting the projector to have an area to permanently project onto.  I have strict limits on screen time, so it is fabulous that the project has made the time the boys do spend on it so much fun and family orientated. 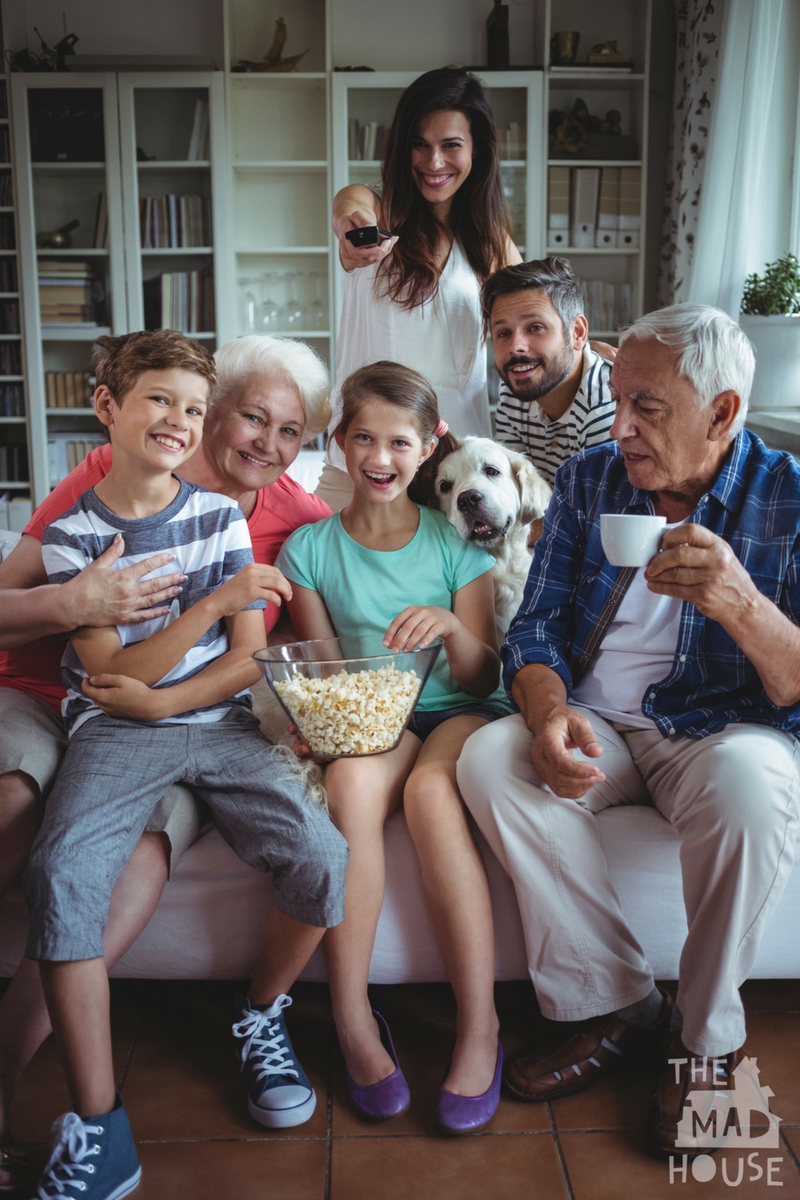 Disclosure: We were sent a free Epson TW-650 home cinema projector in exchange for this post.