The boys were tasked with putting Spy Gear’s secret agent products to the test, so we decided to turn it into an afternoon of fun after school and to also learn how to make secret writing and invisible ink! 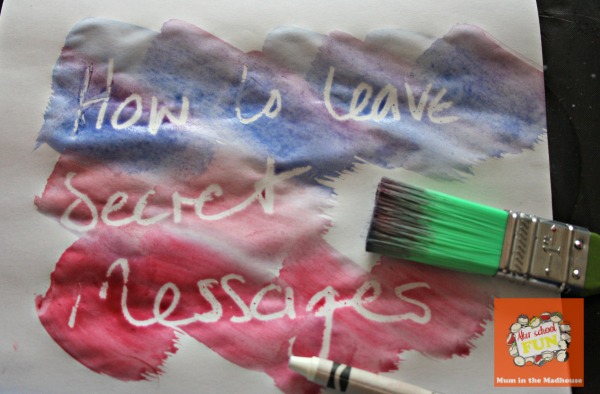 I have had this fab infographic pinned for a while and wanted to give it a go with the boys.  We used the lemon method and it did work, but I wouldn’t let the boys heat the paper over a naked flame, which meant that I had to be involved, so we were looking for a more child friendly method when I remembered our wax relief painting and decided to give it ago with a white crayon and a candle and some watercolour paints and it was a huge success.

Not only could the boys write their own messages, but they could find out that they were on their own too.  It is so simple, the wax leaves a protective layer on the paper that the paint does not adhere too, therefore, revealing the message.  Like magic.

If you have older children then you could perhaps try the methods involving heat. 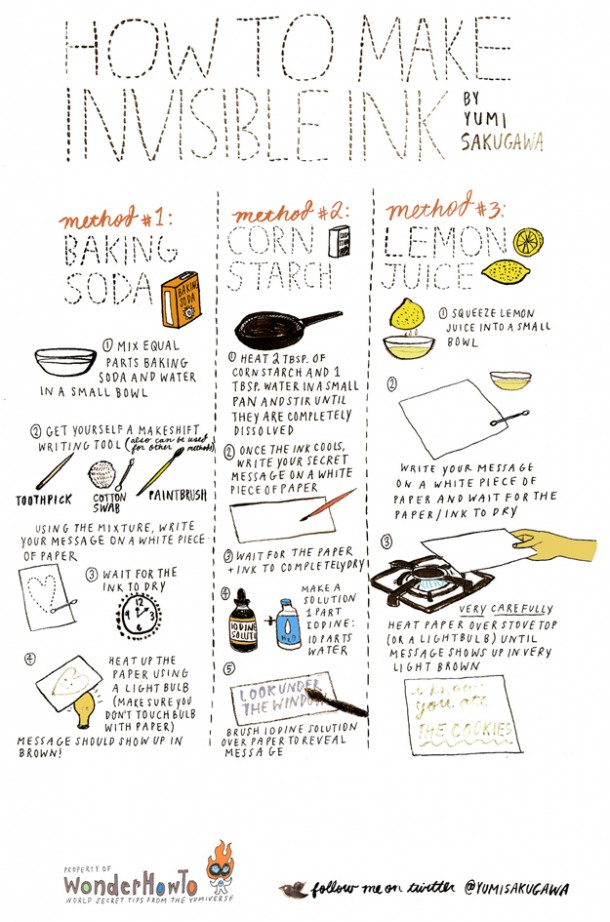 So on to the Spy Gear kit we were sent.  The biggest hits were the Stealth com walkie talkies as they didn’t need to use their hands.  They loved these and have been played with a lot.  They go in to their bedroom and communicate.   Mini caught me out with the Micro Agent Motion Alarm as he put it in his bedroom, so when I went in it set the alarm off.  He is very protective of his room and all his books and hates people going in it, including Maxi’s friends when they visit, so this was one of his favorite items.

The  Night Goggles have come in to their own now the nights are getting darker and Mini can even use them over his prescription goggles.  The Spike Mic Launcher did not survive Alvin and was an early casualty of #MadPup!  Both boys like the Field Agent Spy Watch, but found it difficult to put on themselves.