I am a HUGE fan of building blocks for children.  There are so many benefits for children to playing with blocks and wooden blocks are so tactile and a fabulous long-term investment for any parent or educational establishment.  As a parent, it can sometimes be really hard to see the benefit of such a simple play tool and we often want to buy specific toys, however, as you will see the benefits of wooden blocks is huge within play-based learning. 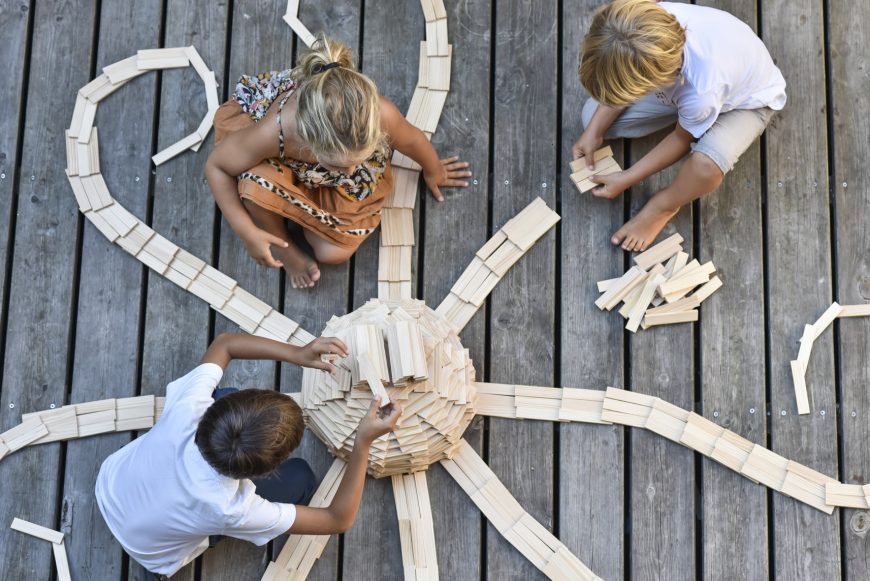 The Benefits of Block Play

I personally love plain wooden blocks as children can introduce them into their imaginative play as anything.  Yes, absolutly anything.  It is all about their imagination and my boys used wooden blocks throughout their primary school years.  Starting with them for simple construction and tower building, through role play and into more complex construction and mathematical play. 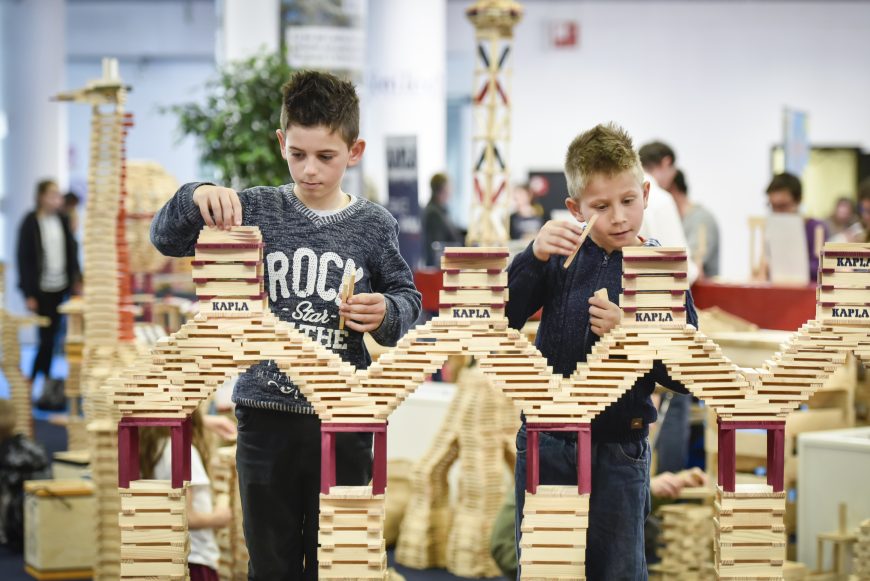 I am delighted to be partnering with KAPLA to bring you this amazing giveaway of KAPLA 1000 Pack which is worth £200. 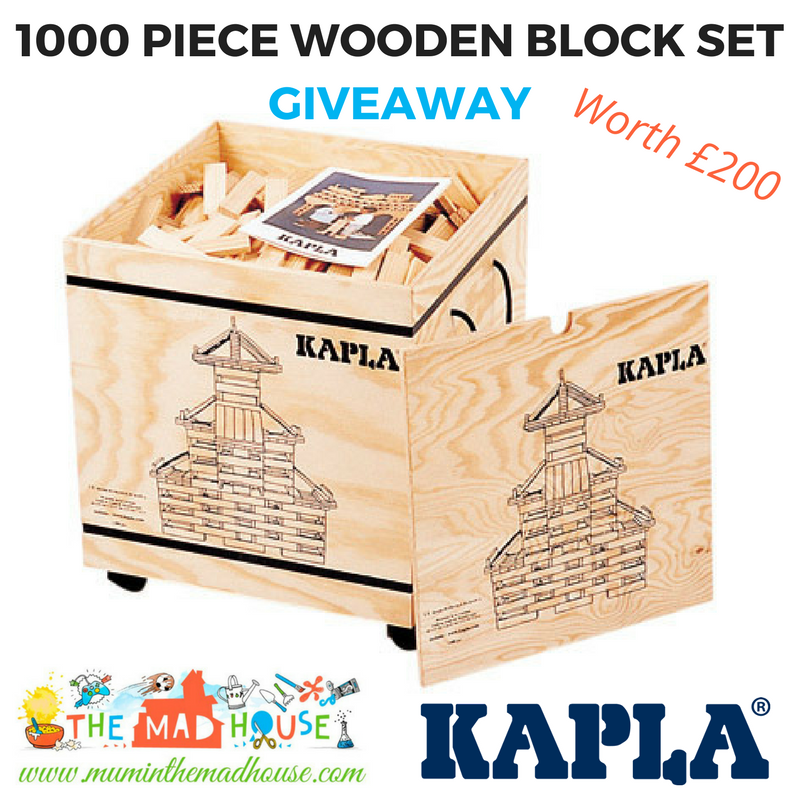 So who and what is KAPLA – The story of KAPLA is first and foremost a builder’s adventure: the story of Tom van der Bruggen, a Dutch antique dealer who wanted to build his own castle.  In the late 60’s, while visiting the South of France, he fell under the charm of an old farm in ruins and decided to realize his dream.  In order to visualize his future castle, Tom decided to create a scale model using wooden building blocks. However, the bulky shapes of these blocks made it impossible for him to construct a realistic model. Therefore, he decided to make his own blocks and created a plank with the perfect proportions (3 thicknesses to 1 width and 5 widths to 1 length) to build everything with the stability of stone and the precision of artwork. Thus was born the magic plank. Tom named it KAPLA for “Kabouter  Plankje”, meaning “gnome plank” in Dutch.

KAPLA are identical wooden blocks. To create, you simply place them on top of each other. The unique dimensions and properties of these perfectly cut French pinewood construction pieces open up possibilities for infinite constructions…

With KAPLA planks, children can build the most wonderful creations – palaces, bridges, dragons or futuristic towers. Given KAPLA’s flexibility, it is currently used as a teaching tool throughout the French education system, and in other countries all over the world.

Playing with KAPLA planks helps children understand geometry, physics, language, arts and other key curriculum areas. KAPLA is suitable for children aged 3 and up and can be used individually, according to each child’s abilities. KAPLA can also be played with in groups, stimulating teamwork and cooperation – suggest some themes for the children to work within, or just let them follow their own imagination. 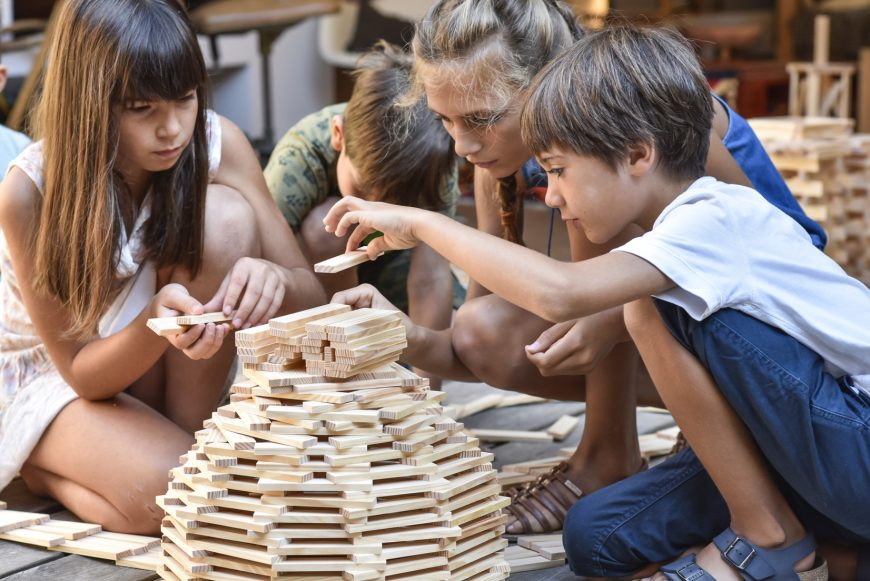 The Benefits of Block Play

Block play stimulates learning in all domains of development, intellectual, physical, and social-emotional and language.  The current research shows that block play is fundamental for later cognitive success for learning math and numbers.

Wooden toys give children the ability to take control. Basic blocks allow children to really explore their uses and come up with creative ways to use them in different subject areas. For example, children can experiment with physics by building different structures with the blocks or learn about geometry by manipulating the toys to create their own geometric patterns.

Because of their basic shape, wooden blocks help children build hand-eye coordination. Activities such as building towers out of wooden blocks in such a way that does not topple the tower.

As your children manipulate the wooden blocks they are also working on their fine motor skills.  As the blocks are not mouled to fit in a child’s hand they have to learn how to grasp and manipulate them to get them to do what they want the blocks to do.

Wooden blocks also have the ability to support problem-solving. On a more basic level, children can use wooden toys to help provide visual representations of addition and subtraction problems. They can also be used to create logic puzzles for children to solve, to build towers that will withstand different forces acting upon them, or to create models to help represent different advanced math and science problems. Because these wooden blocks come in more general shapes and sizes, children will have to problem-solve to figure out how to make them fit certain scenarios rather than having the pre-made pieces that often come with other educational sets. 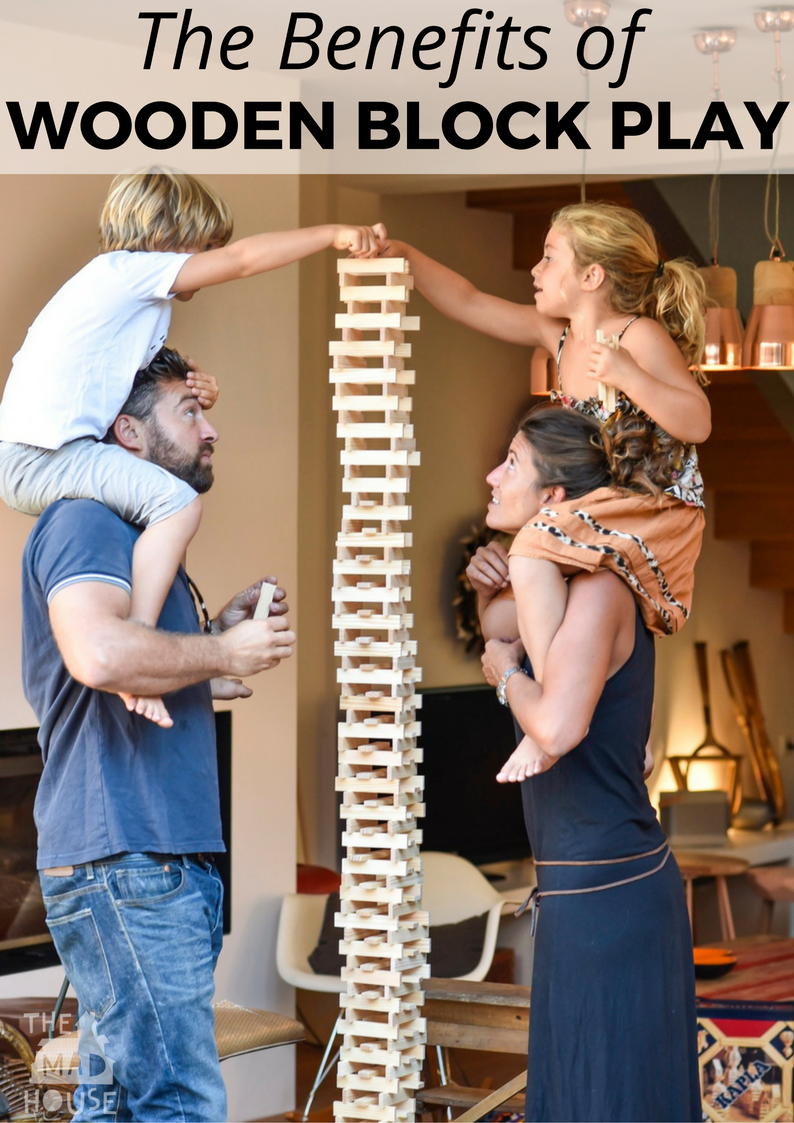