Festivals are not new to me or MadDad, in fact, we attended our first festival 22 years ago and were regular festival goers until Maxi was born 11 years ago.  But Camp Bestival was to be our first festival with kids and tweens at that as the boys are 10 and 11. 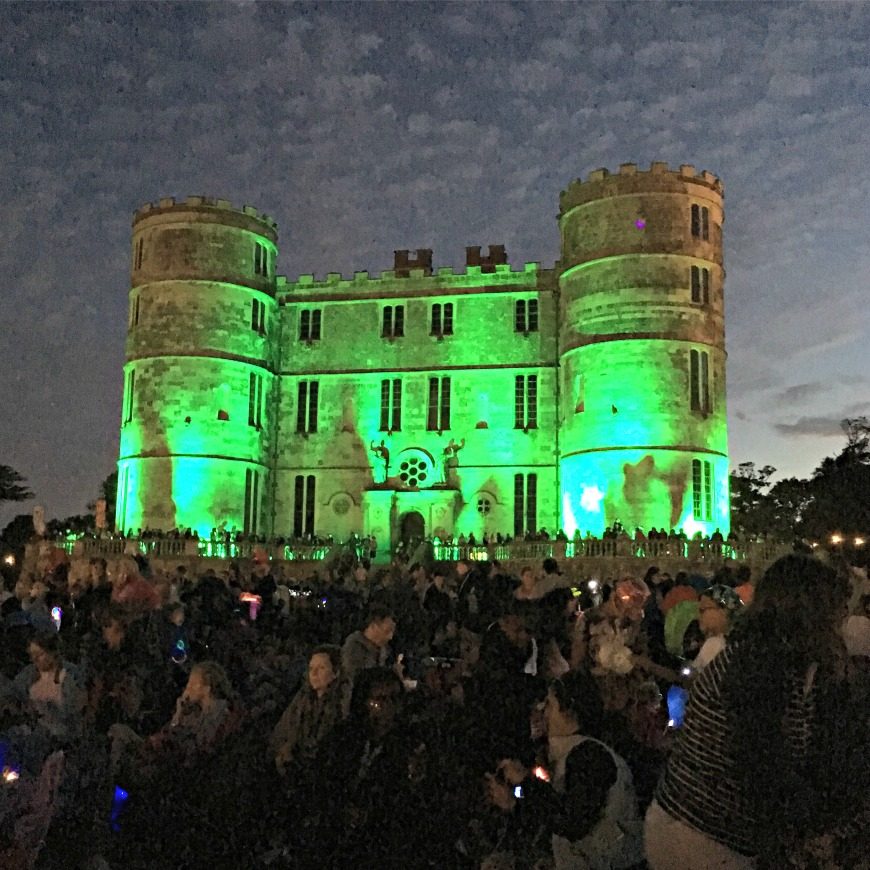 Camp Bestival is a family friendly festival based in the beautiful but rather undulous setting of Lulworth Castle in Dorset.  My first concern was that we would be travelling from North Yorkshire, so would have a long journey ahead of us before arriving on Thursday evening to our pre-pitched tent.  Alas due to a mistake somewhere along the line no tent was pitched for us until after dark and we very nearly turned around and went home! 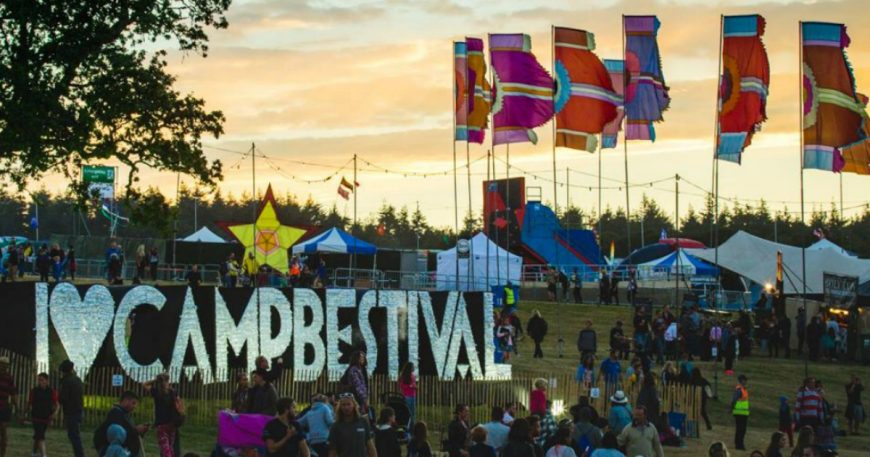 We finally got settled into a four man tent on camping mats and decided to set our camping woes aside and make the most of our weekend.

We were up early Friday morning and excited to explore.  We made our way to the festival site , grabbed a program (which cost £10 and you get a lanyard with attached program, program booklet, colouring book and colouring pencil) and set about exploring the kid’s fields. 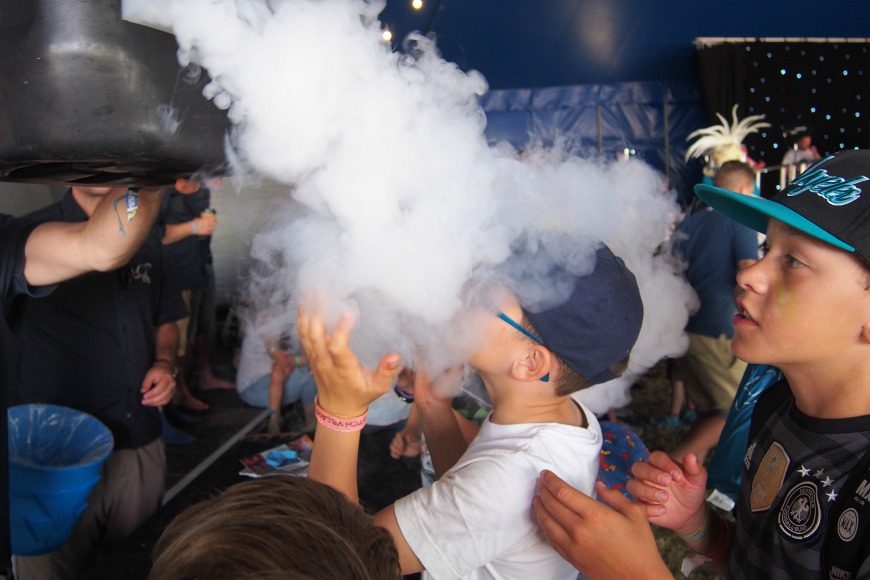 The easiest way to describe Camp Bestival is a music festival crossed with a very large village fete/country fair. So large that even in the three days we were there we managed to miss bits (Dingly Dell) and not do everything. 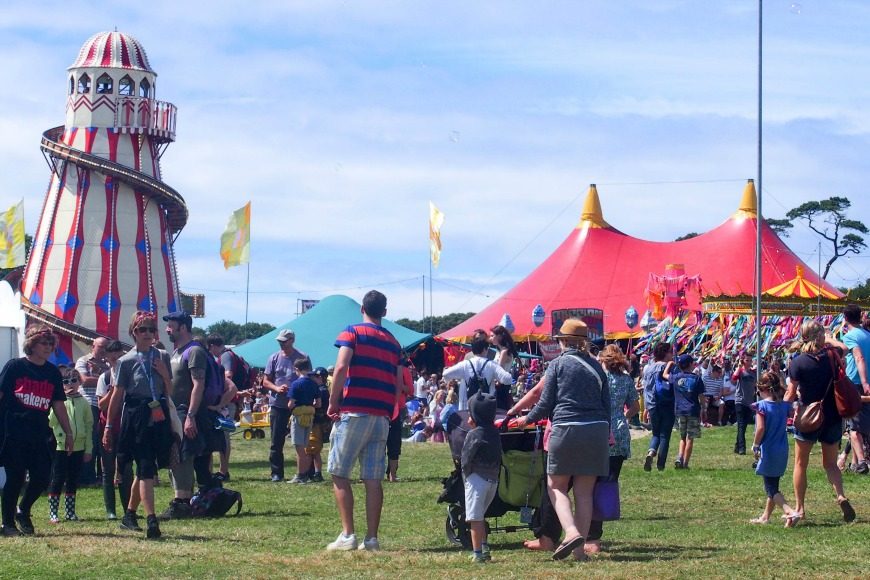 The hardest bit for us was to slow the boys down as they wanted to dash from one thing to another and not miss anything.  We were keen to try and slow down and make the most of the beautiful weather.  So we decided to comprise and allow the boys some freedom of their own once we had found a location on the castle stage.  So they managed to go on the world largest bouncy castle! 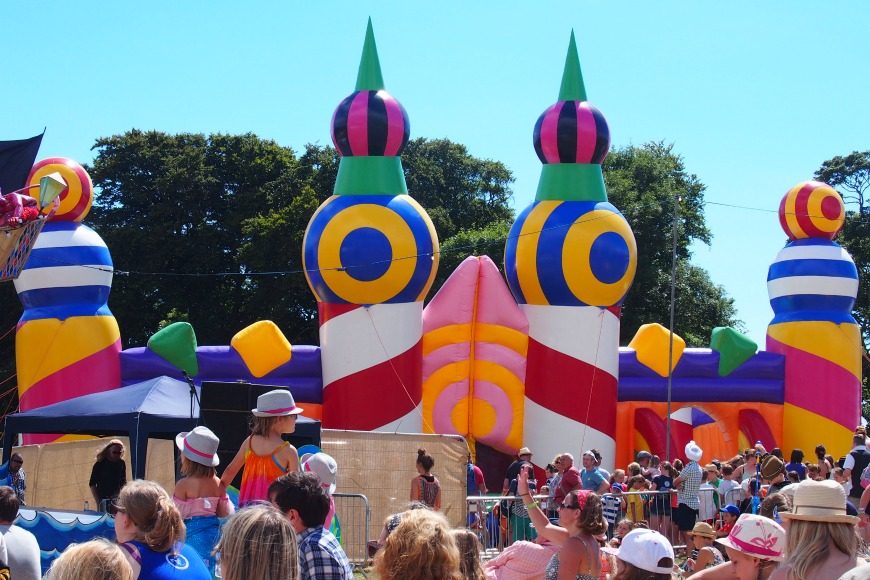 Most surreal moments of the weekend included watching all the Boden-clad mummies stand up and singing along to Mr Tumble on the castle stage.  Watching Bananarama, The Chuckle Brothers whilst the boys played Pokemon – I felt as though I had been wicked back to 1990! Dick and Dom, now they were a stroke of genius as fillers on Saturday.  The boys loved them and all I can say is B O G I E S! 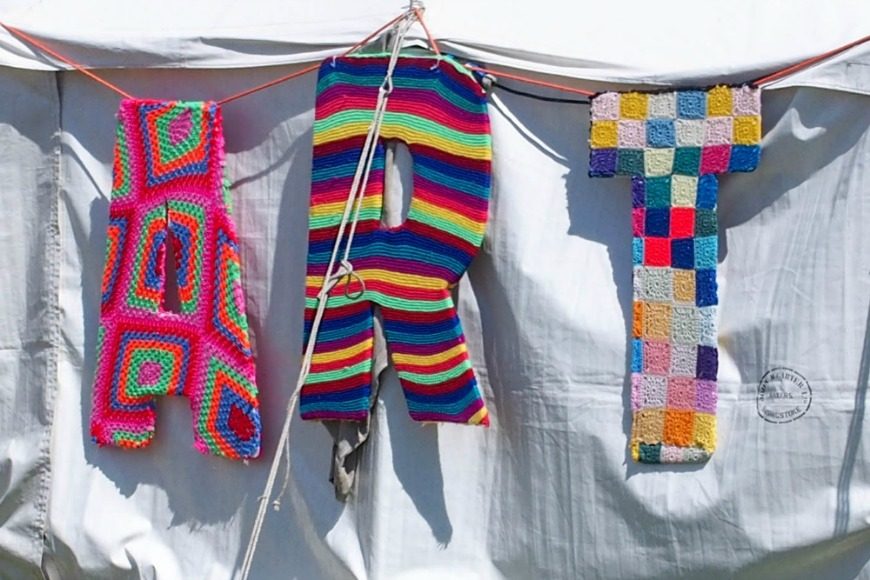 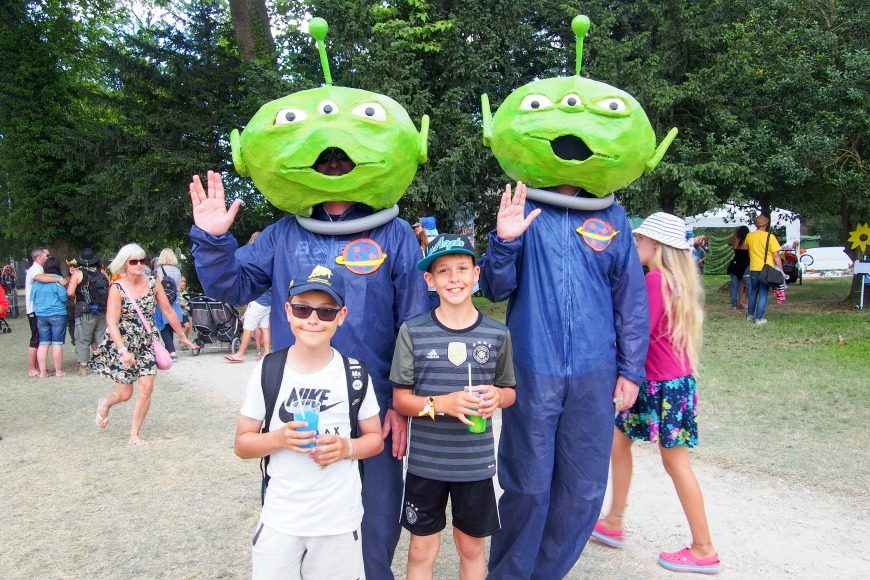 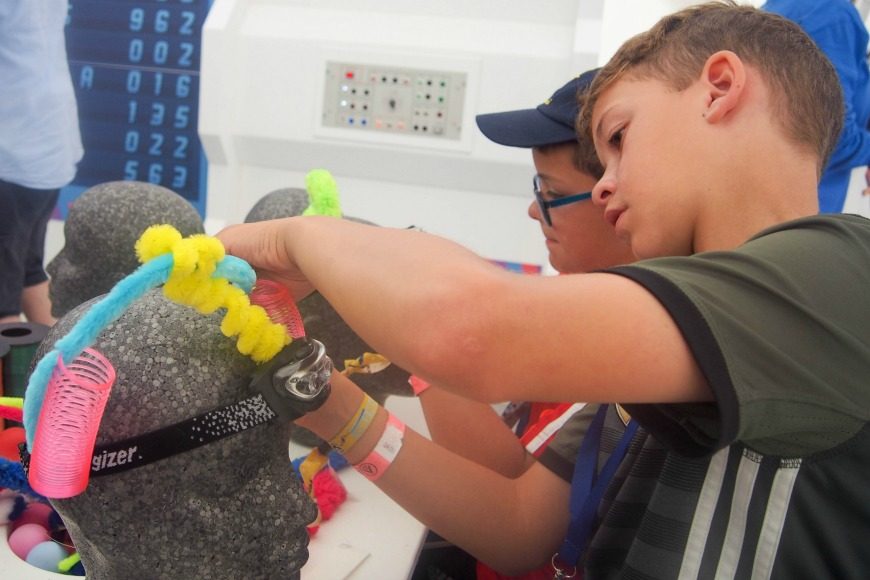 We wanted to say a big thank you to Energiser for our invite.  We had a blast dressing our head up at their tent.  We spent 40 minutes accessorising head torches to a space theme, even MadDad got involved.  It was a hugely popular area and our head torches proved exceptionally useful over the weekend. 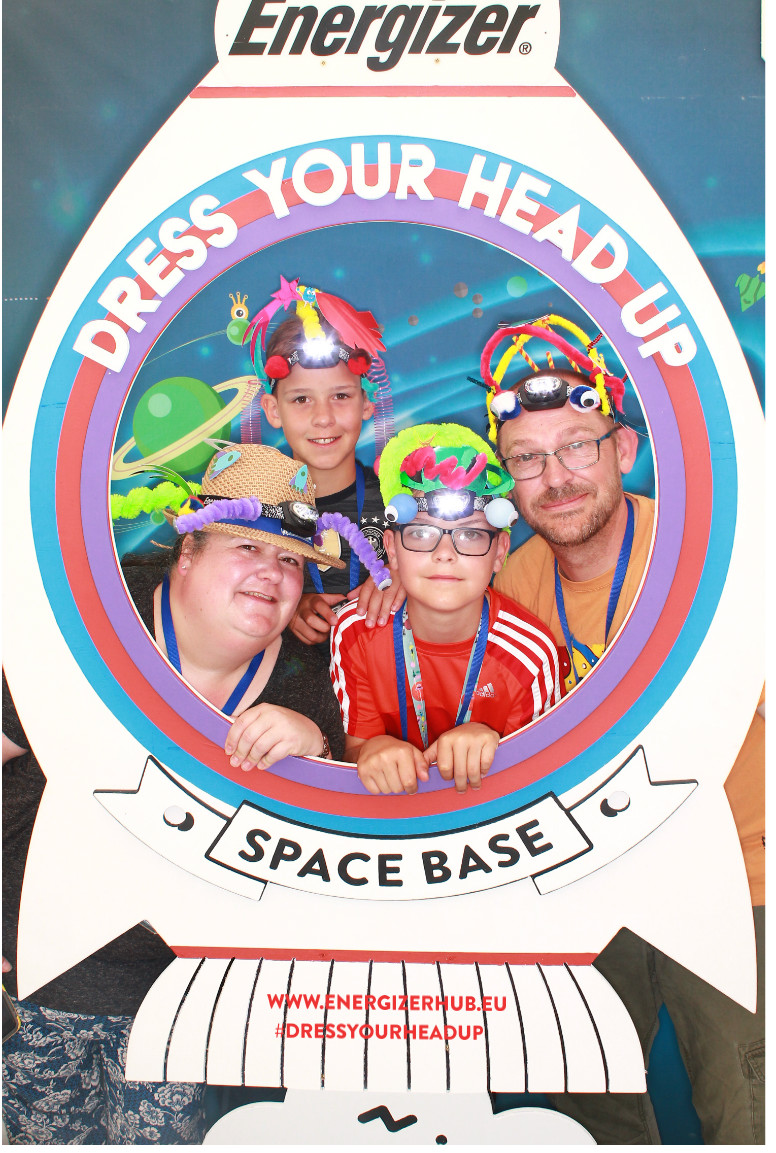 We were camping in Pitch village and we were really impressed at the toilets, pamper area (which had hairdryers, mirrors and hair straighteners) and the free tea and coffee.  We didn’t use the showers (hey that is what wet wipes are for) but heard that they were excellent too.  Pitch village also had 24-hour security, valuable storage and phone charging facilities. The only downside was that it was on the edge of Yellow parking which meant we had a walk each day to the festival site. 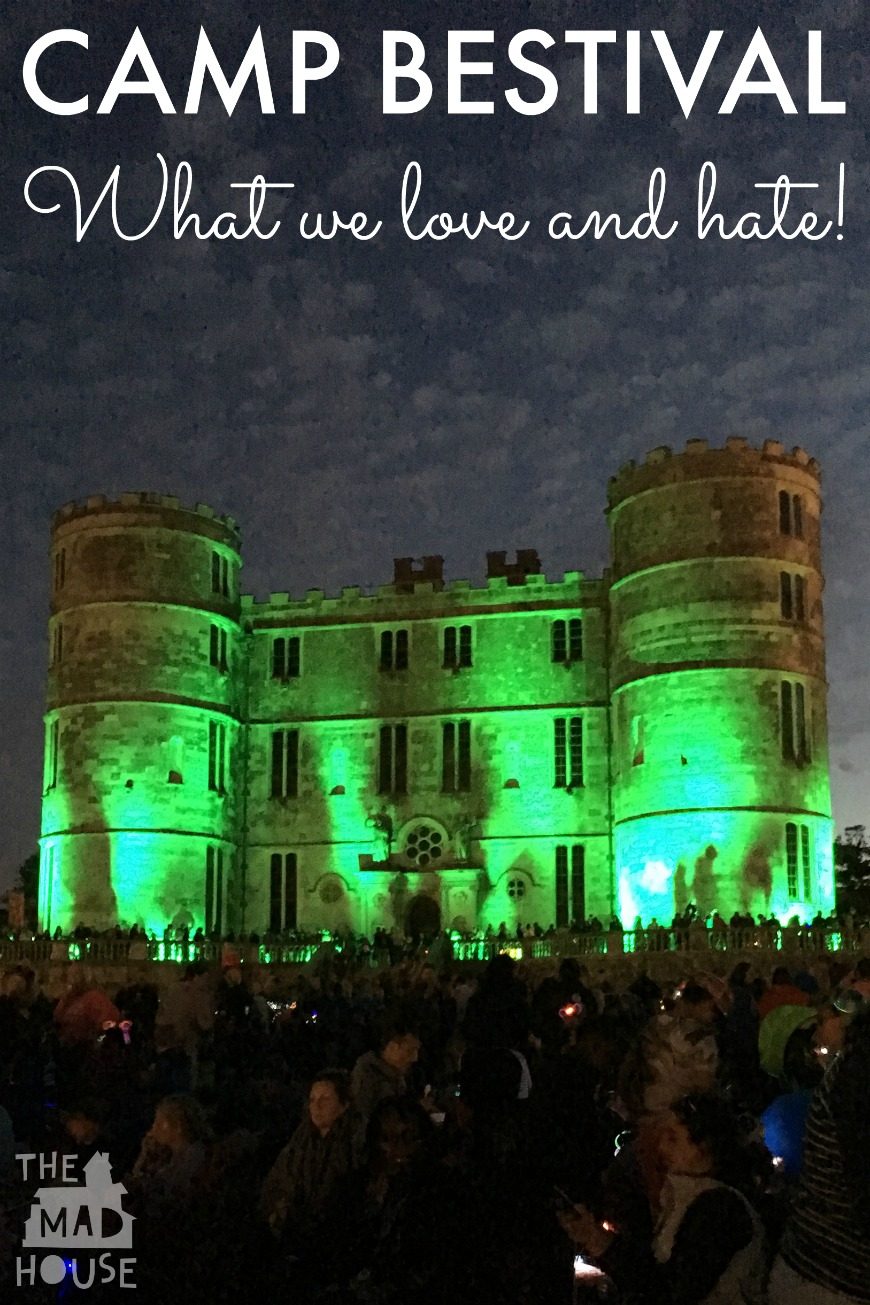