This weeks afterschool fun activity I would like to share with you is our go to cup cake and fairy cake recipe.  It is the perfect cooking with kids activity as they have to weight the eggs to get the weight of the other ingredients as everything is equal to the weight of the eggs. 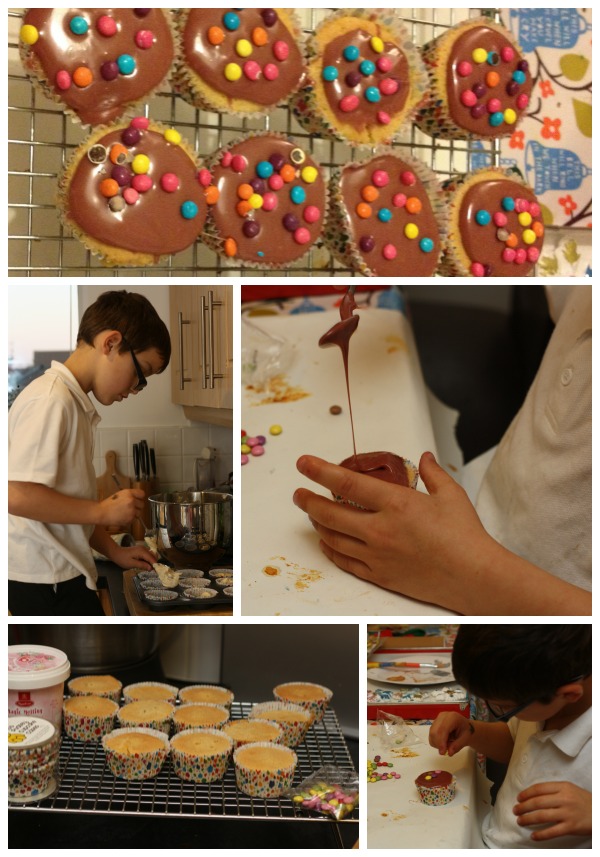 I am going to be bringing you a new regular feature here at The Mad House, After School Fun (thanks to the Evil Overlord for making me a snazzy badge!).  During the summer my boys who are seven and eight tend to play out after school.  There is lots of cricket, football (soccer) and bike riding, but with the clock change coming and winter on its way more and more they need indoor activities to keep them occupied after school and to stop them fighting and to try and keep them away from the dreaded screens that they love so much! They need things that can hold their attention, but do END_OF_DOCUMENT_TOKEN_TO_BE_REPLACED

So on to the Spy Gear kit we were sent. The biggest hits were the Stealth com walkie talkies as they didn’t need to use their hands. They loved these and have been played with a lot. They go in to their bedroom and communicate. Mini caught me out with the Micro Agent Motion Alarm as he put it in his bedroom, so when I went in it set the alarm off. He is very protective of his room and all his books and hates people going in it, including Maxi’s friends when they visit, so this was one of his favorite items.

The Night Goggles have come in to their own now the nights are getting darker and Mini can even use them over his prescription goggles. The Spike Mic Launcher did not survive Alvin and was an early casualty of #MadPup! Both boys like the Field Agent Spy Watch, but found it difficult to put on themselves.