Back in the olden days there would be a black X painted upon our door this week because this week TheMadHouse has become The Sick House. It started on Monday Night when Mini vomited in his sleep allover himself and his bedding, so we cleaned him up changed his bed and popped him back  and he went straight to sleep.  Now I have to say at this point although I vomited my way through two successful pregnancies and many unsuccessful ones, I hate sick.  I really do.  So when he was sick again we popped him into our bed and gave up on finding any more clean bedding till the morning.  END_OF_DOCUMENT_TOKEN_TO_BE_REPLACED 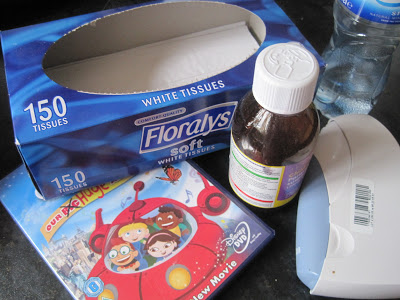 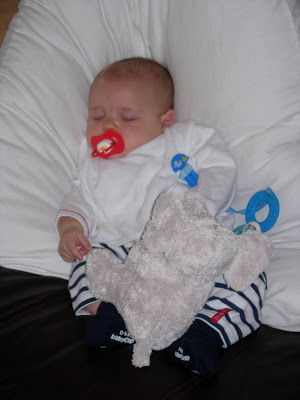 When Maxi was 4 months old he became unwell.  He got a cold and was very unhappy, not his normal self at all.  He also fell off my knee and we were so concerned we took him to A&E at 6pm.  The doctor took a look at him and said he was fine and just to keep an eye on him and bring him back in if he was being sick. Maxi on the afternoon before he fell off the sofa We put our little baby to bed at 8pm that night and tried to give him a feed at 11pm, as usual, but he wouldn’t take the milk, in fact END_OF_DOCUMENT_TOKEN_TO_BE_REPLACED