Today I want to share with you an amazing competition for young designers to design a Halloween costume. 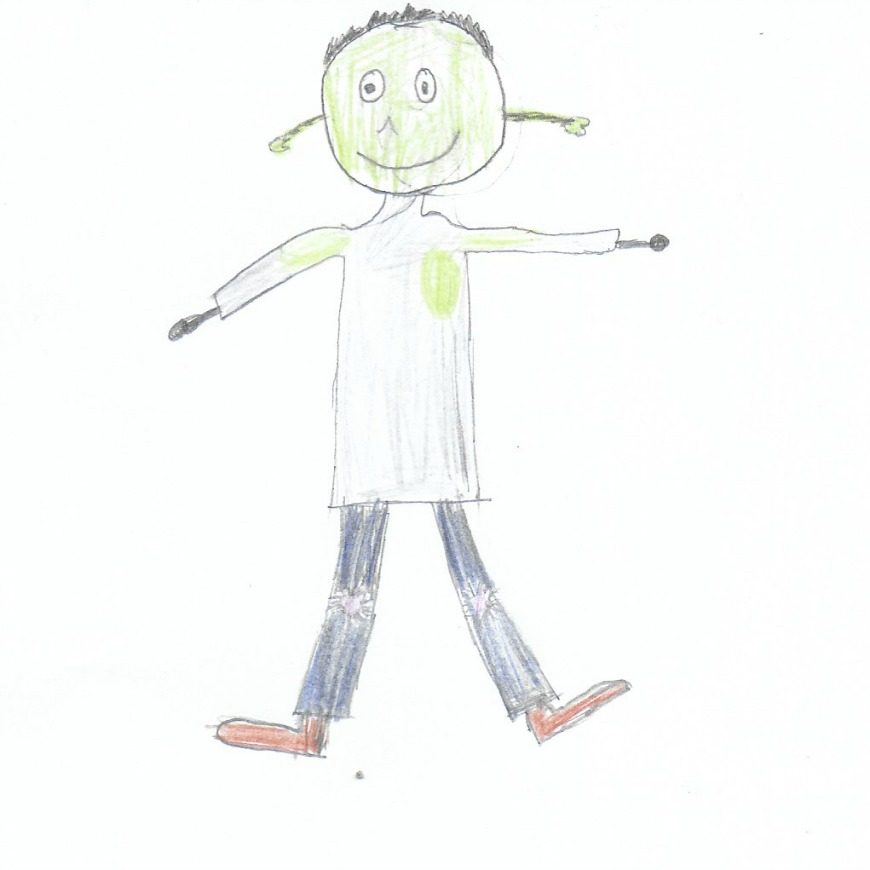 Halloween is ALL about the costume. And this year, we’re working with Tesco and they are giving little ones the opportunity to enter a Spooktacular costume competition. They will be judging the best witches and wizards, as well as cats and bats and things like that! 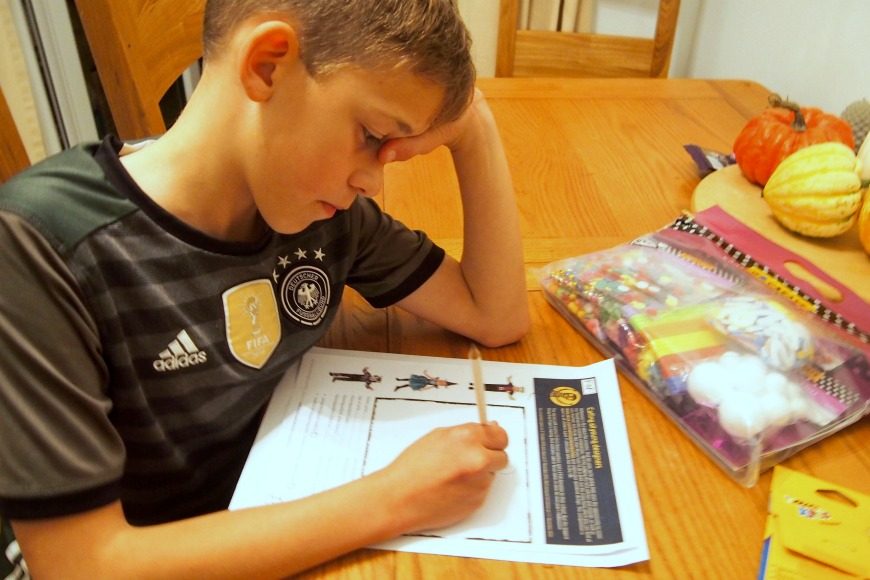 All you have to do is print out the entry form and submit your spookiest design. The competition is open to all children aged 11 and under who live in the UK.

The winner will receive £150 in Tesco gift cards and a £150 donation to their school. But the biggest thing they’ll get is having their costume sold in Tesco stores in time for next year’s Halloween! 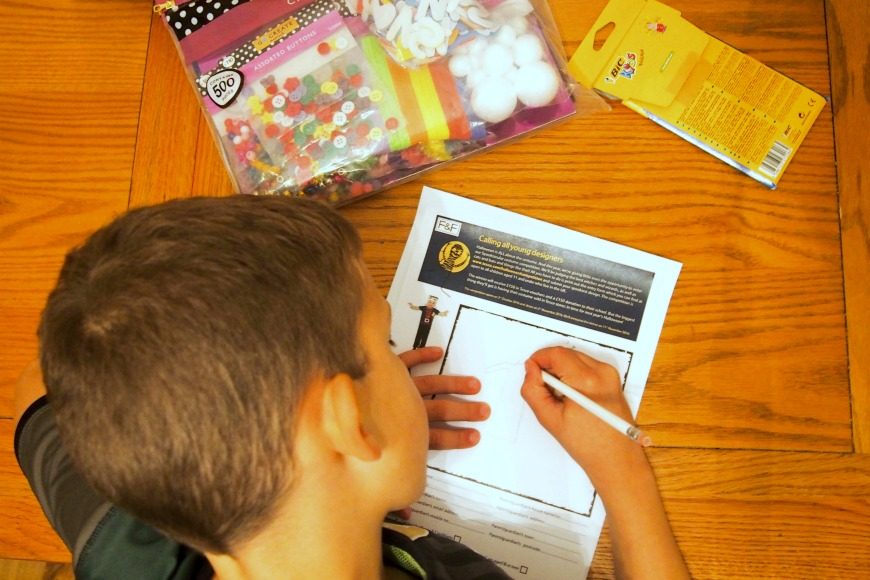 This really captured the imagination of Maxi and he designed a cross between a zombie and Frankenstein.  I really love this as Maxi used to hate Halloween. He used to hide behind a cushion when people knocked on the door and refused to dress up until recently.  He decided that his costume had to be not too scary and fun to wear.

You can be as creative as you like and could use fabric, glitter and glue!  Maxi decided to stick to pencils as we were 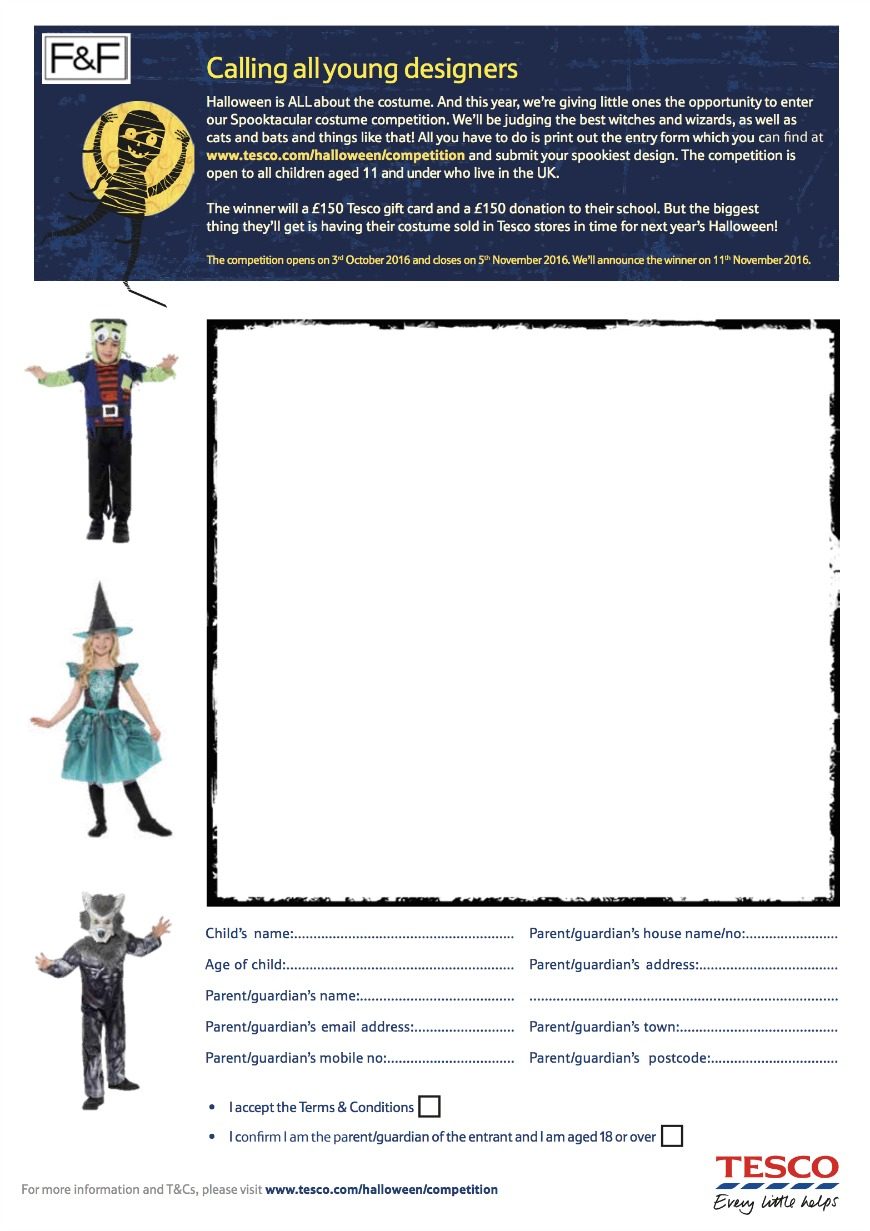 4 thoughts on “Design a Halloween Costume and Win”