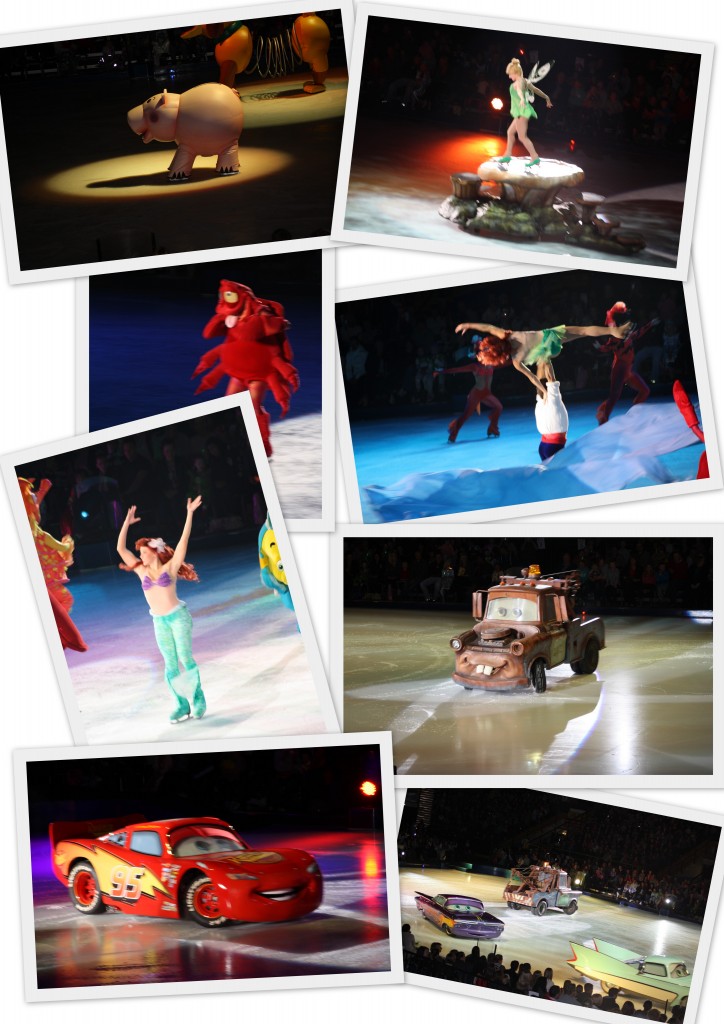 We were lucky enough to be invited to watch the opening night of this years Disney on Ice World of Fantasy at the Metro Arena Newcastle.  Both the boys adore Disney and we have never been to anything like this as a family, so had no expectations.  I have to say that we adored it,  The boys were spellbound at the characters and even more so that they were on ice!

All their favorites were there, including Cars, Tinkerbell (who Mini adores with a passion), The Little Mermaid, Toys Story 3 and.  It is such a slick performance (not that I would expect any less from Disney) and perfectly magical.  A great family event.  When I asked the boys what their favorites where Maxi loved the cars and Mini, well he didn’t have a favorite as he loved it all and wanted to see it all over again.

The Disney on Ice World of Fantasy Tour ends its run at City West Hotel Dublin from December 26th 2011 to January 1st 2012, but if you haven’t managed to catch this wonderful show then don’t worry as March 2012 brings a new show in the form of Disney on Ice Princesses and Heroes, featuring Ariel and Prince Eric, Prince Philip and Aurora, Jasmine and Aladdin, Cinderella, Belle, Snow White, Rapunzel and Tiana and yes you guessed it the boys already want to go!

Disclosure: We were provided with four tickets