Skip to content
Home » breast cancer » #dosomethingyummy – Am I a Survivor?

I have a faulty gene, technically they call it a spelling mistake in the DNA and in mine and my family’s case the issue is with the BRCA 1 gene, which means that due to my family history I had an 80% lifetime risk of breast cancer and a 60% lifetime risk of ovarian cancer. It also means that I am more susceptible to a number of other cancers too. Now to put this in to perspective, genetic breast cancer accounts for approximately 5% of the cases of breast cancer, so it is a relatively small amount and pretty unusually to get the positive result for the spelling mistake.

The reason I came to find out was down to my wonderful Aunt (my mums youngest sister), she was diagnosed with a very rare type of cancer, primary peritoneal cancer and during her treatment she was tested for a genetic spelling mistake, mainly due to my other Aunt dying from cancer and the history of cancer on my maternal side of the family. We all concentrated on my Aunts recovery and through nothing of the results not coming back, so that when they did informing her of the genetic issues we were all floored. Initially the NHS offered a genetic test to my Aunts remaining siblings, her daughters and my deceased Aunts children. My mum chose to have the test, even though she is the oldest in the family. She was diagnosed as carrying the spelling mistake too, which meant that the test was opened up to me and my brother. 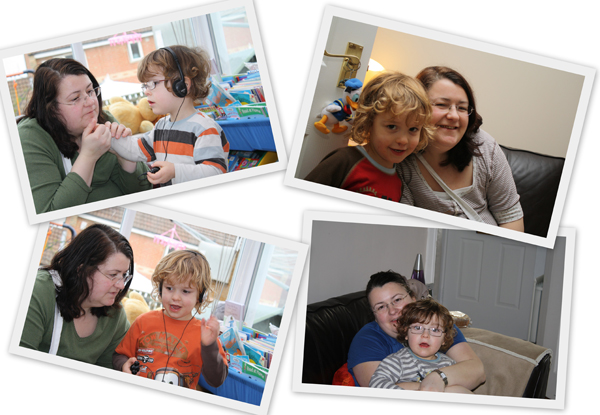 March 09 after my double mastectomy operation (still with drains in)

MadDad and I received counselling from Macmillan even before we made the decision whether or not to have the test. We were really lucky in the care we received and we were also both of the same opinion, that finding out if I carried the spelling mistake would enable us to take proactive actions against any cancers. In all honesty I thought that I would be fine and to find out otherwise was a real punch in the solar plexus, but we decided that we would research all the options open to me and started meeting with consultants, cancer survivors, woman who had undergone mastectomies, nurses and anyone we could really. I had a mammogram, an MRI, a colonoscopy, a gasgoscopy and an ultrasound before we had come to any conclusion about what we would do.

Initially I decided to have a hystoretomy. There were distinct advantages to having this operation prior to turning 35, both for the reduction in risk of ovarian cancer and also the fact that the changes in my hormones due to the operation would also reduce the breast cancer risk marginally. I underwent this initially operation in July 2008 when Maxi was 3 and Mini was 2. We both yearned for a larger family but decided on balance that it would be better to concentrate on the two we have rather than risk having anymore and subsequently developing ovarian cancer, especially as it is very hard to diagnose.  It was a really easy recovery and I was very lucky indeed.

We were also discussing the possibility of breast cancer and also the diagnosis of this, which would hampered by the fact that I was a larger breasted lady (38GG), so after much consideration, deliberation and after taking as much advise as we could that I would have a bi-lateral prophylactic mastectomy with an immediate reconstruction. I also decided that initially I would have a reconstruction with implants, as this meant the recovery should be quicker and less traumatic for us as a family as a whole.

Unfortunately this surgery was not easy in any way shape or form and although the initial operation went well, my body had a reaction to the implants and they had to be removed and then I developed a major infection and nearly died due to Sepsis. 3 years later, I am just getting used to the fact that I am covered in scars and still do not have any breasts.

Knowing that I have this spelling mistake, also leaves me with the knowledge that I may have passed this “bad blood” on to my two wonderful boys. They will both be entitled to the genetic test at 18 should they wish and I will stand by whatever decision they make, but I also live in the hope that as they can now detect which gene the spelling mistake is in, that they make even be able to correct it by the time the boys are older. After seeing what people with cancer go through, the chemo, the radiotherapy, the long term drugs to hopefully prevent the cancer returning, we are in no doubt that we made the correct choice for our family. Yes what we have been through has been traumatic for the minimads, but the possibility of putting them through cancer and its treatment makes me feel physically sick. In doing what I have, I have not wiped out my all my changes of developing cancer, but I have reduced the lifetime possibility drastically. I understand that not everyone would have done what I did, but it was the right decision for me, I could not live year at a time just waiting for the cancer to show itself. I was lucky in that I could take preventative measures, which is not always possible.

Does this make me a survivor?  I will leave that decision to you. 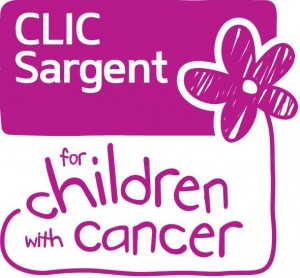 23 thoughts on “#dosomethingyummy – Am I a Survivor?”