Easter Chick card with pop-out beaks are so fun to make and they look fab.  Who doesn’t love Spring and Chicks certainly signify Spring and Easter is on its way and this super simple card is great to make with kids of all ages. 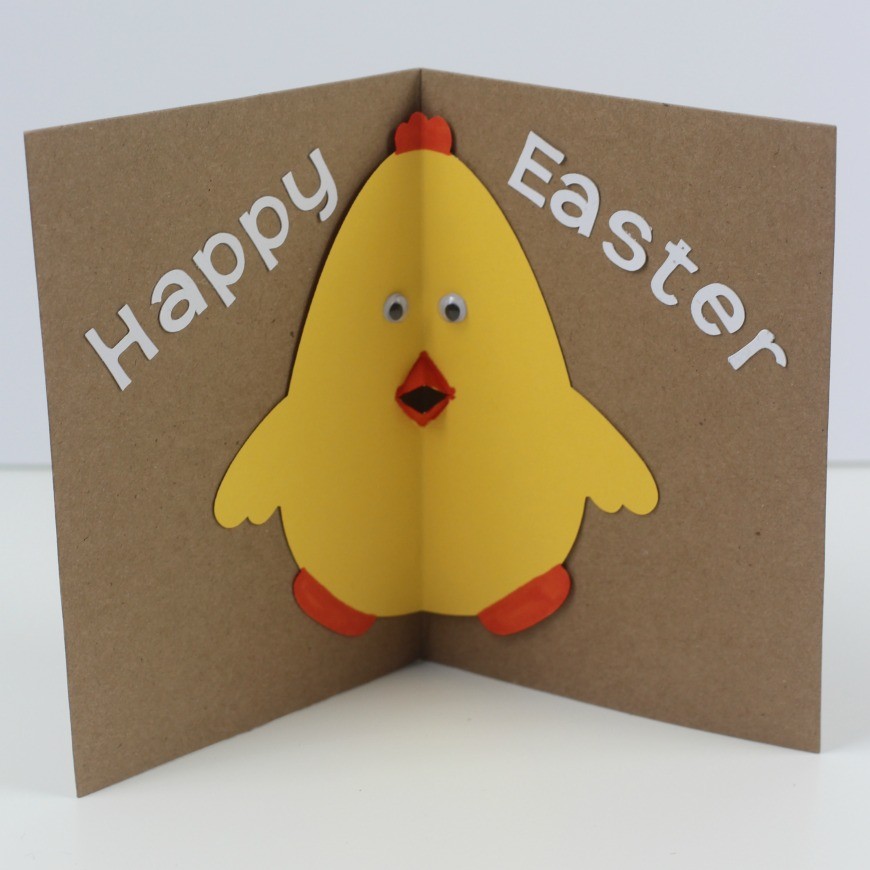 We are huge fans of homemade cards and these Easter Chick card with pop-out beak really hit the mark with my boys.  They are really easy to make, but they couldn’t resist opening and closing the cards to get the beaks moving and the chicks talking! 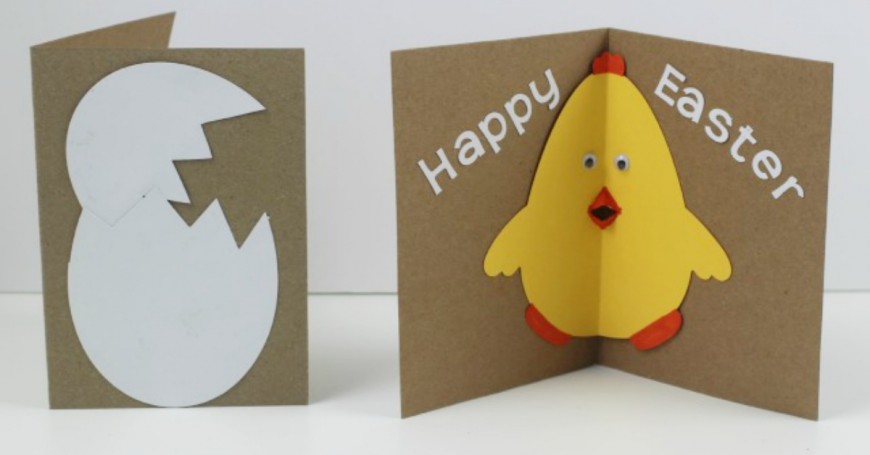 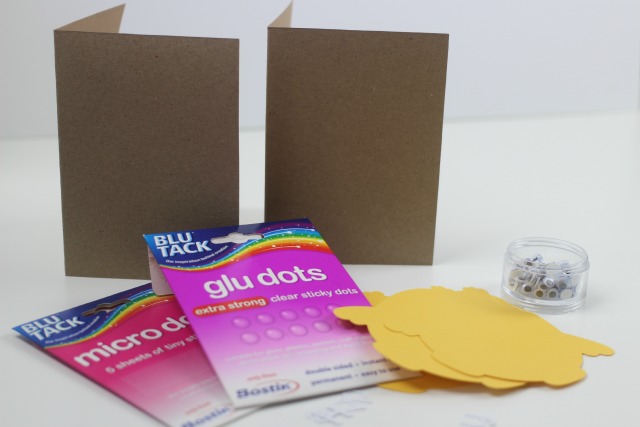 How to make your Chick card with pop-out beak

We started by cutting out our chicks we decided to give ours wings and feet, but an oval chick would look fab and you could use feathers as wings. 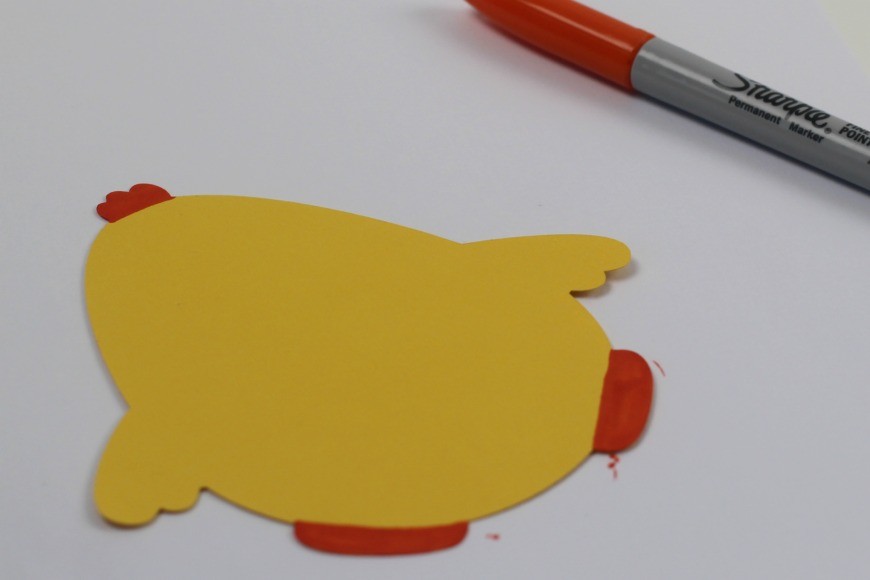 We then coloured in the chick’s feet and hair before folding it in half.  Once you have folded your chick in half from head to feet then you need to make a small snip, which will become your beak. 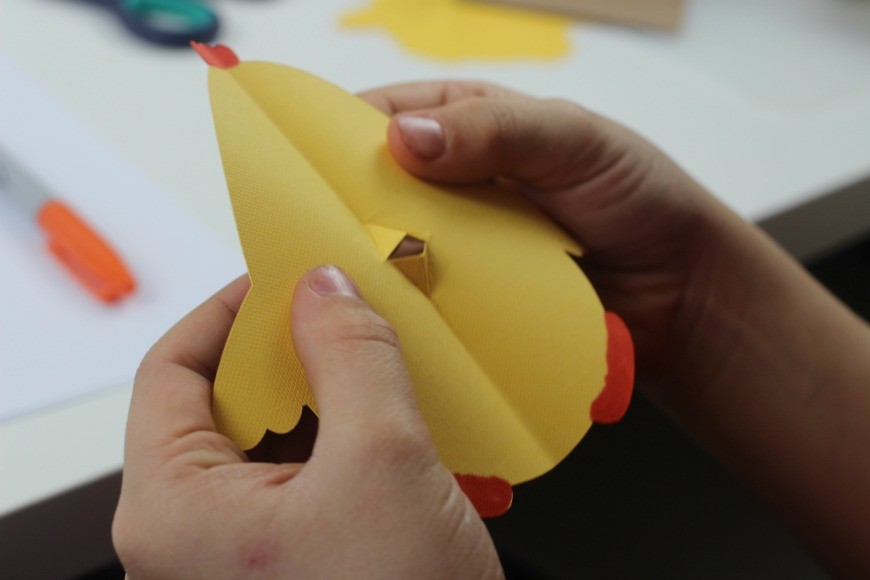 Fold back both of the corners that you have cut and score before opening the fold and “popping” them beak out.  We then coloured out beak in orange. 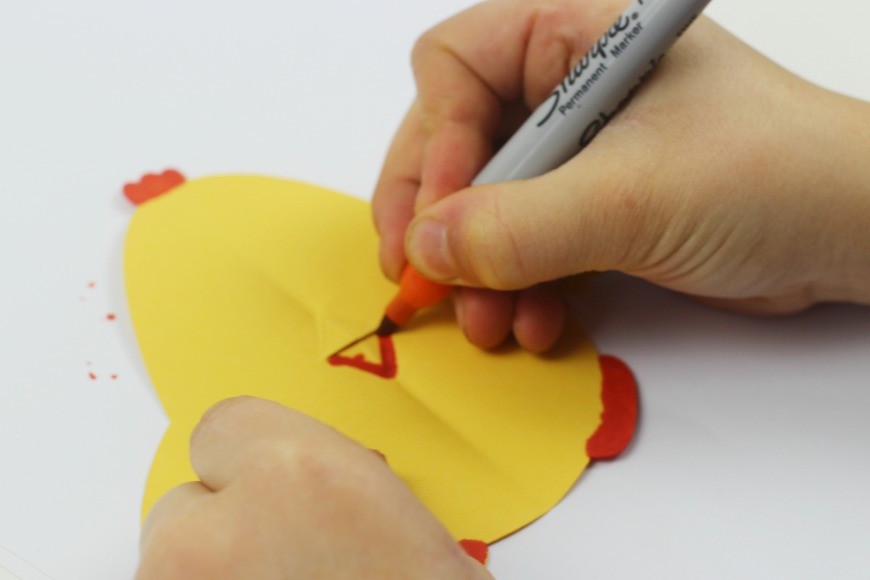 Then add your googly eyes.  We then stuck the chick into the centre of the card using a glue dot on each wing.  Glue dots are great for this as they are instant fix and so not need drying time. 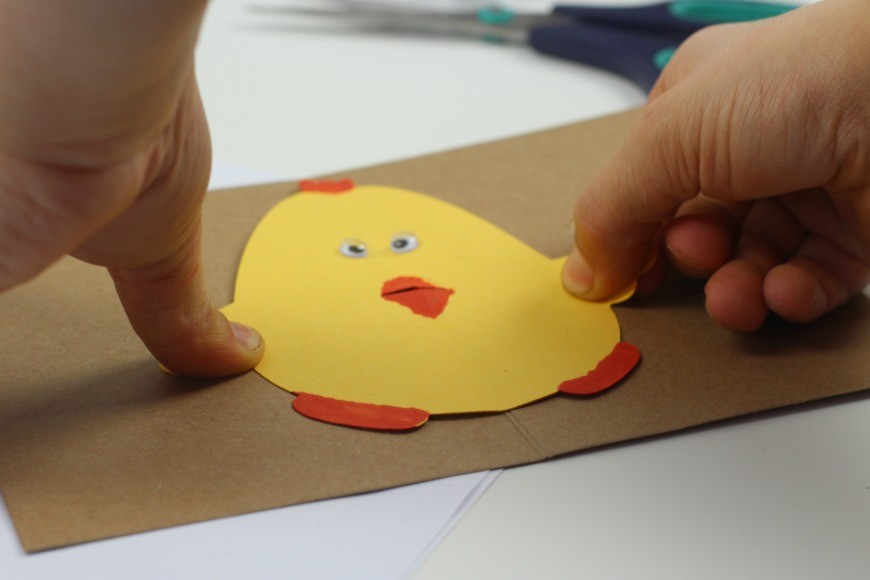 We stuck Happy Easter in letters inside the card.  Microdots are great for this if you have older children or the blue tack glue pen as it is very precise.

Don’t worry if you don’t have Happy Easter letters as you could just write that in. 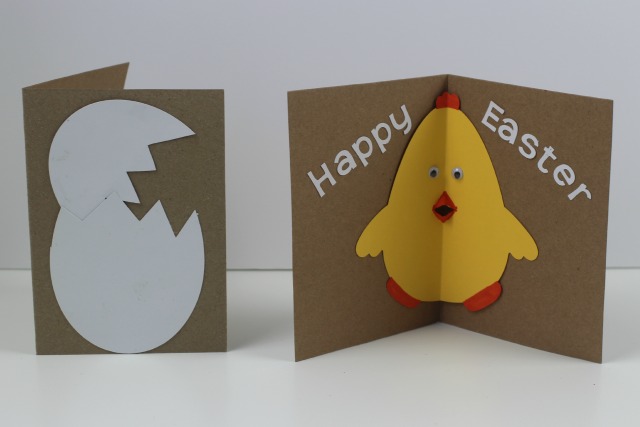 Do you send Easter cards? 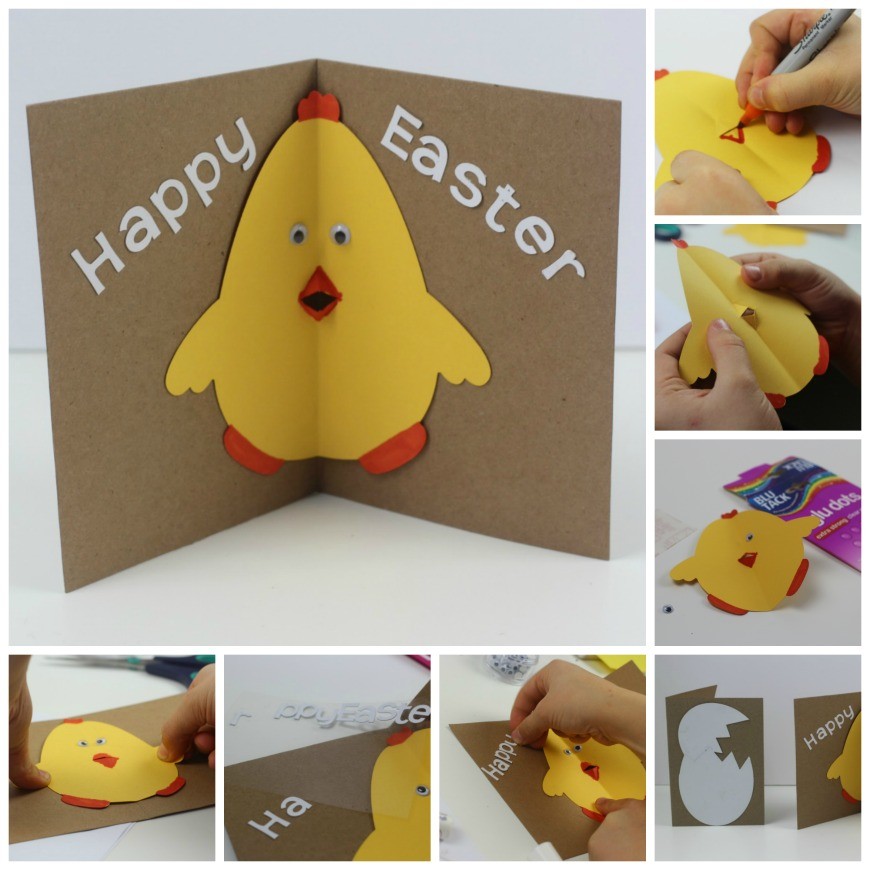