Even though we have been having a #freerangesummer, I have been trying to make sure the boys still do some writing and record what we have been doing this summer and I was delighted to see this fab video that the Etherington Brothers made where they give Scottish Friendly some of their top-tips for creating a comic.

In fact it inspired some comic strip making in The Mad House.  Firstly I printed off some blank comic strip layouts and we discussed what we wanted to make a comic about and the boys and their friends they were going to do ones about their day at Lightwater Valley. 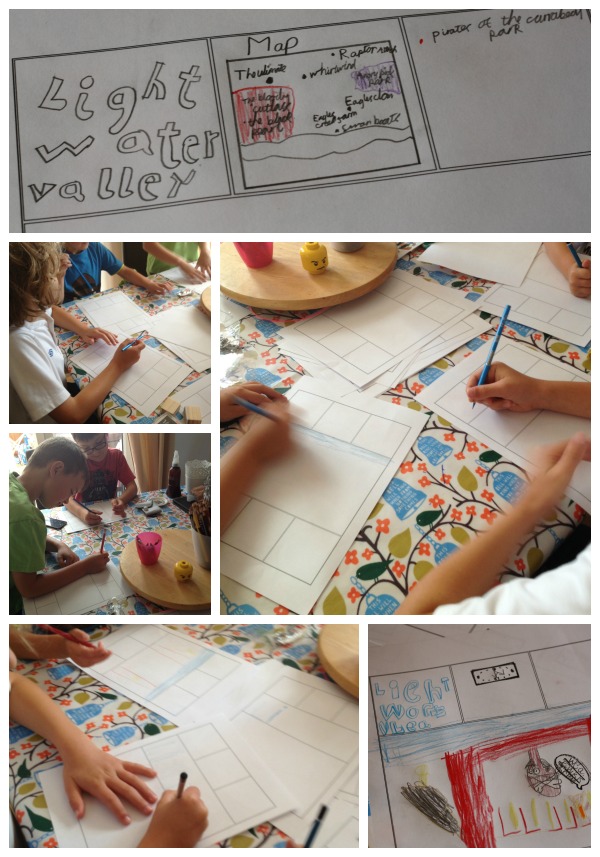 I also gave them a couple of stamps I had, one was a clock and the other a word bubble and then left them to it.  It was a great activity for the 5 boys I had who aged from 4 to 9.  They chatted about the events and reminised about the best rides, all the while colouring, writing and making a record of their memories. 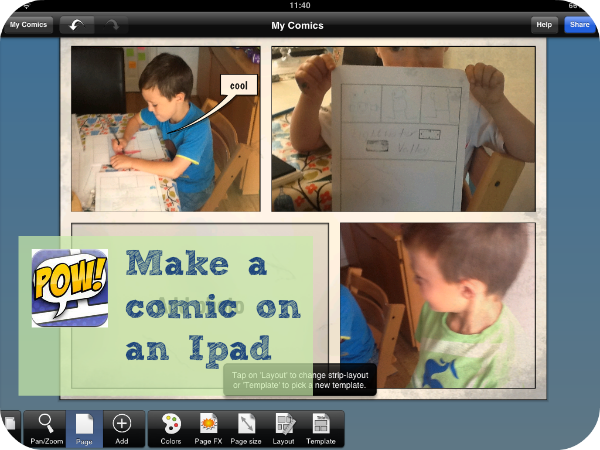 Whilst they were busy making a paper comic, Mini decided to make a comic of them making a comic on the Ipad using POW Comic Strip and photographs!

One thought on “Encouraging boys to write – Comic Strips”