It is half term this week in The Mad House and thanks to Warburtons we visited a local theme park Flamingoland earlier in the week.  We had an absolutely amazing time and the boys had a blast. 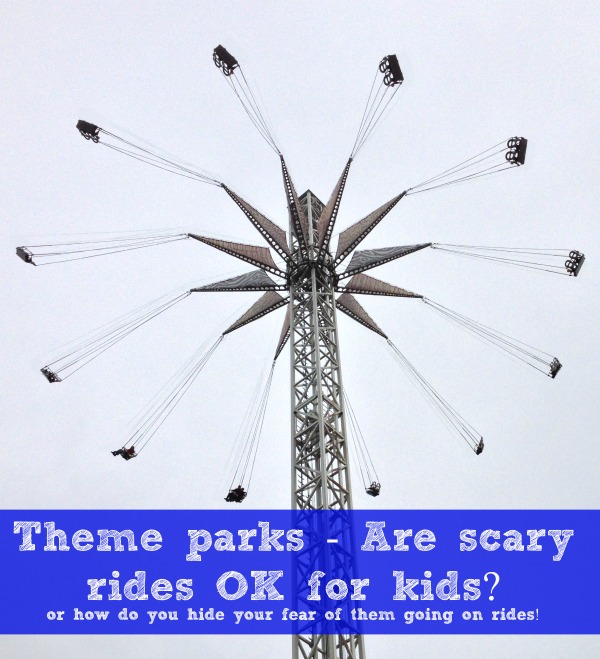 One of the things that really got me thinking though was the fact that my boys are mini thrillseekers and quite happy to try any ride once, even if the thought scares them.  I was often left with my heart in my mouth as they were thrown round on swings over 150 feet in the air or screaming with joy 0n the pirates ship.  I ensured that I hid my concerns and encouraged them to reach for the sky, face their fears and to give things a try.

However, many parents actively discouraged their children going on certain rides and as I was on my own with three boys (my seven and eight year old and a friends nine year old), this made me really question my judgement.  More so as I had no one to discuss it with.

On this occasion, I decided to let the boys go for it.  The rides are in a controlled environment and the parks safety record is excellent.  They were obviously having fun as they repeatedly went on the rides (it was very quiet due to the UK storm) and also rather wet, which just meant that there was no queues.

I have never forced my child to do anything that scares them.  I have set examples and will go on rides with them and also discuss their feelings and let them know that it is OK to feel scared.

So what would you have done in my situation?

6 thoughts on “Encouraging them to reach for the sky”