Skip to content
Home » Featured and Guest » Enjoy a Warmer House and Save Pennies!

Winter is dragging on, as it always does, and spring still feels far, far away. Britain is gripped in the limbo that hangs between Christmas and pink blossoms, with the weather getting colder, snow falling erratically and skies looming grey overhead. It certainly highlights the stress of having a draughty, chilly home. Many struggle on with old, clapped out boilers and single glazing windows, knowing they simply cannot afford the upfront cost of having them replaced. Draught excluders look pretty, but they aren’t doing much to keep out that February chill and the kids are moaning that their onesies aren’t blocking out Jack Frost’s nip. 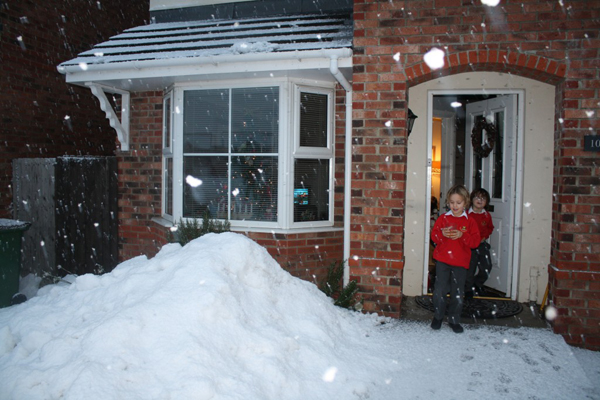 So, what on Earth is one to do?! All hail… The Green Deal, a government scheme aimed at making properties across the UK more energy efficient at no upfront cost to homeowners. The initiative was launched on Monday 28th January, much to the bemusement of many homeowners that haven’t even heard of it. However, not to worry, the government plans for this scheme to gradually develop over the coming months and years, shaping Britain into a greener place to live.

There are many measures that come under the Green Deal Scheme, which include things such as the installation of new boilers, insulation and double glazing. Any property that registers its interest in the scheme will undergo a Green Deal Assessment, in which an accredited advisor will survey the house and inform the owners of which measures could and should be taken to make it a more comfortable place to live.

This work will then be carried out by Green Deal Installers, and financed through a Green Deal loan. Heck, it’s green, green, green! The loan will be attached to the property, not the person, and will be paid back through the property owner’s energy savings. A charge for the work will be added on to energy bills, but will never be allowed to exceed the amount of money the owner is saving due to their home improvements.

It’s a win-win situation and has been designed to help the government reduce the country’s carbon footprint, whilst simultaneously tackling the problem of rising energy prices and fuel poverty. The perfect scheme for families who struggle on through British winters but can’t afford to renovate their homes, the Green Deal is also a great way to get on board with helping the environment.