When was the last time you changed your mattress?  Did you realise the sleep council suggests ever 7 years and ours was well overdue, so we were delighted to be invited to try out a revolutionary Eve Mattress on our super king sized bed.  So read on to see our Eve Mattress review and unboxing. 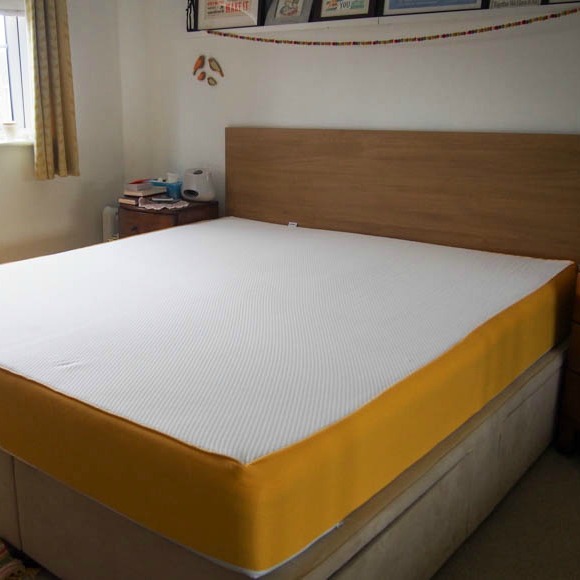 I remember the horror that was trying to get our current mattress into our bedroom, yes it was something of a challenge.  However, Eve assured me that their mattresses arrive in a box and it would be no problem at all!

My bed is the haven of my home and after the kitchen, it is a real hub for us.  We often all pile in and snuggle to listen to music, audio books or just chat.  On average we humans spent 33% of our lives in bed!  So having a comfortable mattress is essential. 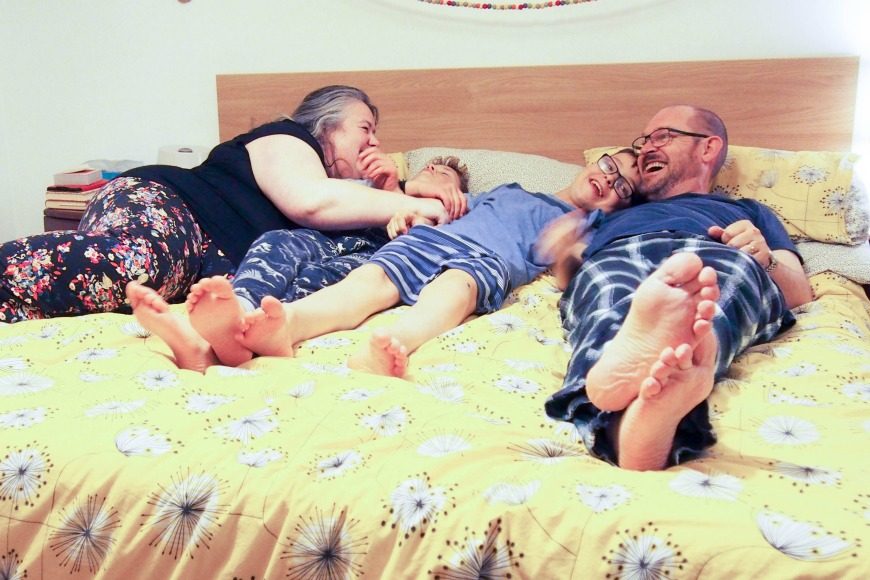 Why is the Eve Matress so special?

Eve only sells one mattress.  yes, you read that right.  There is no choice, apart from size.  the Matress is a special memory foam one with a medium firmness.  I was concerned that I would be too hot with it being memory foam, but they have tackled that with a  special top layer of next-generation memory foam which is engineered to give total body support so you don’t get that ‘stuck’ feeling often associated with traditional memory foams, along with cooling properties so you don’t overheat as you sleep. 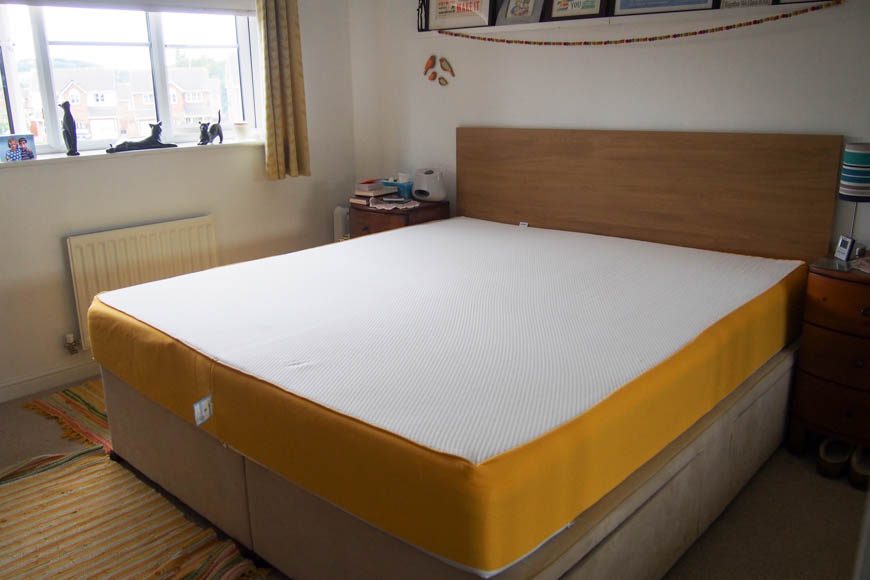 Our mattress arrived and I am not going to kid you, it was remarkably heavy, so I got the delivery driver to pop it in the garage and it took both me and the husbeast to get it up to our bedroom.

We unboxed our mattress on camera, so you can see just how it opens up and I was really surprised that it didn’t smell either!

Put the proof of a good mattress is in the quality of sleep.  We often have a third wheel in the bed in the shape of Mini and we would always wake up when he joined us, but with the Eve mattress, we had no idea.  MadDad had been waking up with a stiff back and neck and had put it down to reaching the milestone of his half century this year, however, just one night of sleep on the new mattress put pay to any pain and he has slept soundly and woke without aches and pains ever since. He was astounded, as was I and I do not think there is a better recommendation than that. 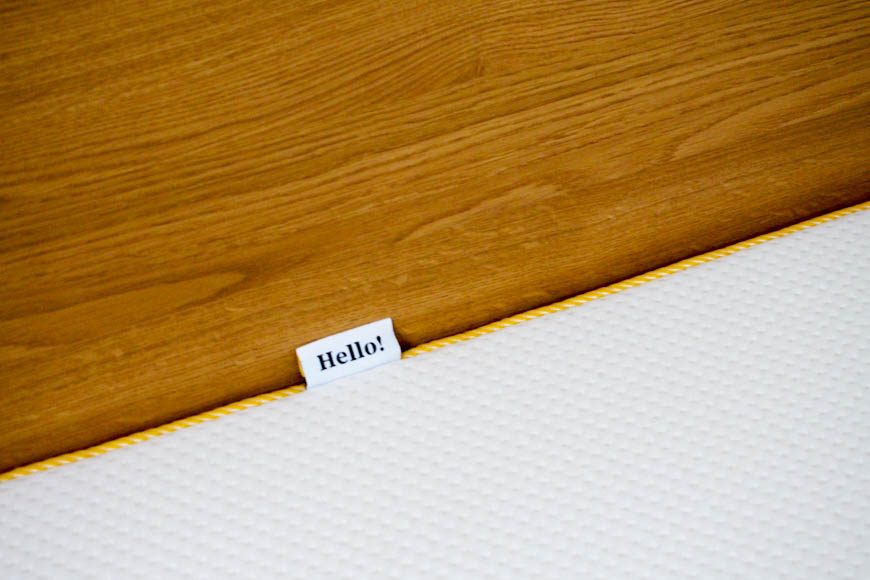 if you are concerned then there is a 100 day no quibble returns policy. There is also free delivery and free collection too.

We have been using ours since the mid-August and love it.  It certainly has made a massive difference to our sleep quality. I can not quite believe how much difference it has made.

I have always been put off memory foam mattresses due to the fact that people get notoriously hot on them and being a woman of a certain age who has “middle aged Mediterranean moments” I was especially worried.  But having slept on the mattress during the hottest night of the year I can say it was the same as our previous inferior mattress. 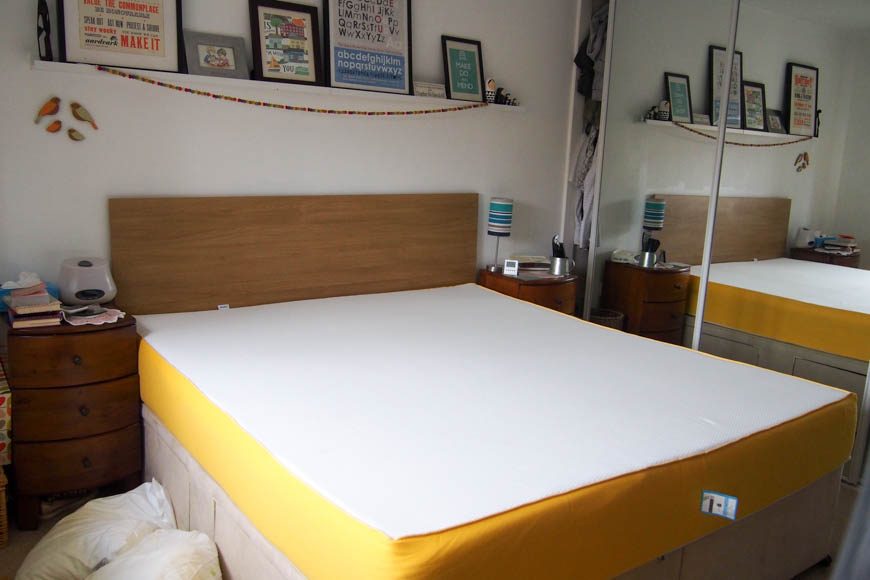 The Eve Mattress is so comfortable that both of the boys now want one on their beds and as soon as we can afford it we will be replacing their mattresses with a new Eve Mattress. 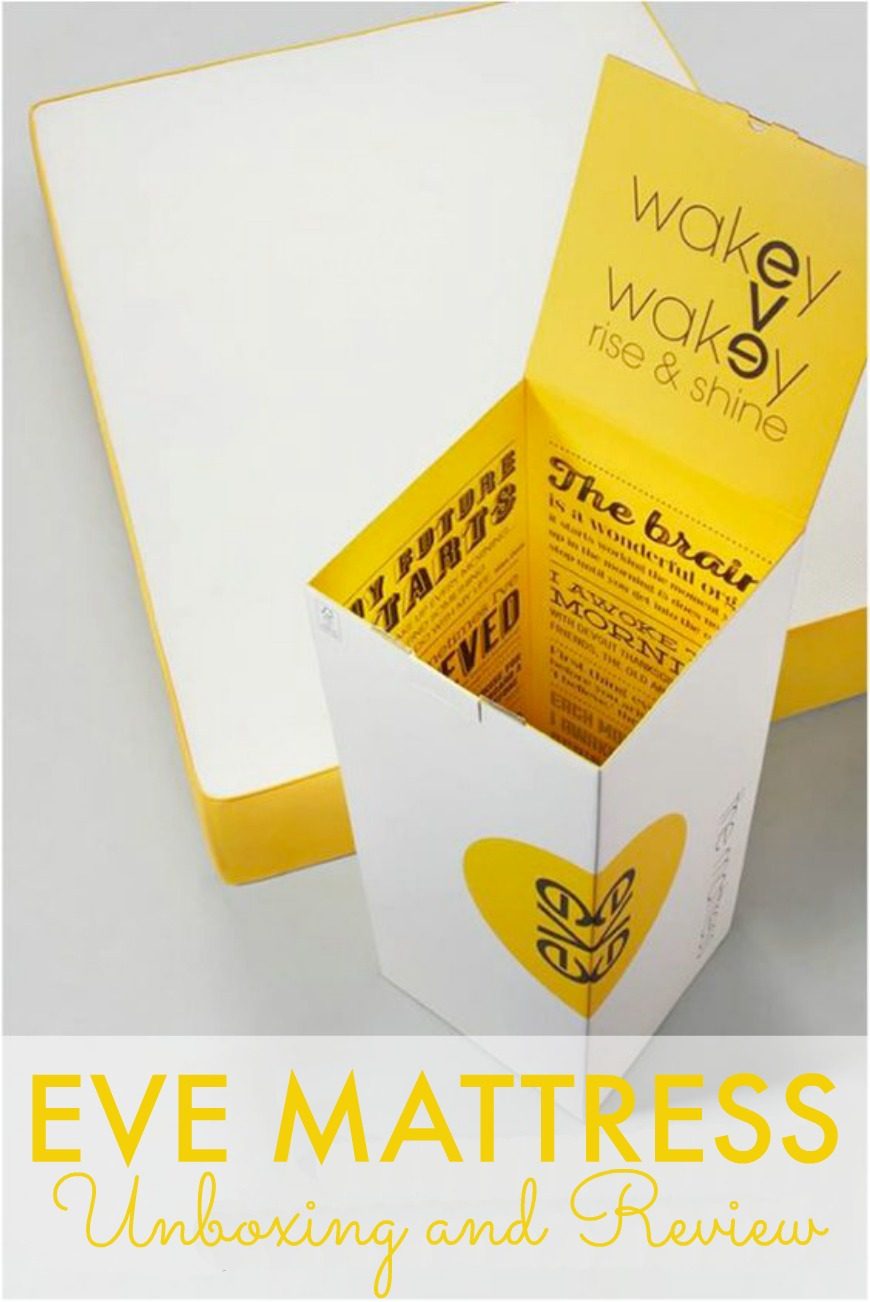 I LOVE it and I am also a sucker for the yellow and really think that they should make sheets with yellow sides!

Disclosure: We were sent a mattress from Eve for the purpose of this review.