Last week was my first experience of half term as a mum with two boys that are both in school, previously when I had two preschoolers, I used to dread the holidays coming along, as all the mum and toddler groups and other things were halted for the holidays and the soft play places and parks were fill of bigger, rougher and louder children (yes this is what I used to think). 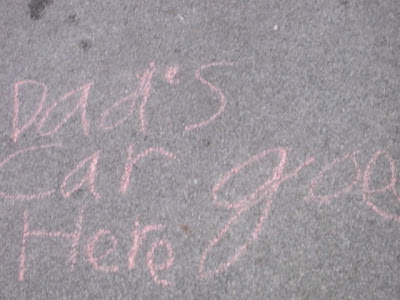 It is amazing the difference a year or two makes, as the minimads are now 4 and 5 and I have to say I have looked forward to this half term pretty much since the first week of school (as I miss my boys so much), but I have been really conscious that my children need a rest, especially Mini, who has found is tiring work being at school all day. 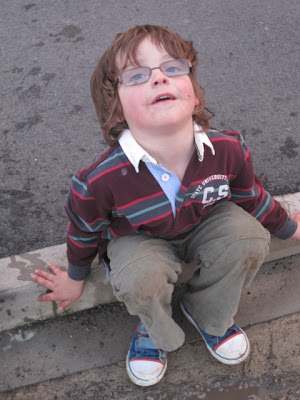 So I have held back my Miss organiser personality and only arranged one or two days out and play dates for the holidays and for the first time I am allowing the boys a little free reign and they have been out on their own.

I gave the boys firm boundaries of where they could go and I also snuck out and took them  drinks and snacks regularly.  They had a whale of a time and the things that they enjoyed doing were using chalks, looking for crickets and bugs, making mud paint, scooting on the pavement and just running off some of their energy. 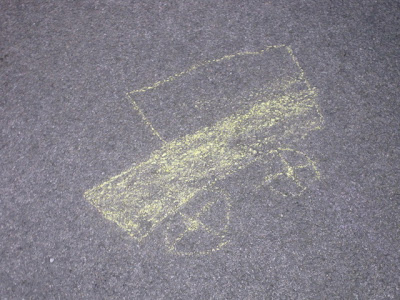 I have to admit that I find this freerange parenting hard, it does go against my nature, but when I talk to my mum and to MadDad, I am conscious that we were allowed much more freedom as children.  Now I don’t want to turn this in to a debate about pedophiles and abductions, I am aware that there are bad people out there, but I am learning that my children can enjoy some outside freedom without me being attached to them.
So where do you draw the line, how old were your children before you allowed them to play out? 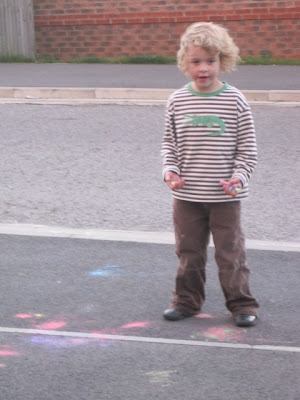 I have to say that I now want to buy walkie talkies, so I can check that they are OK!