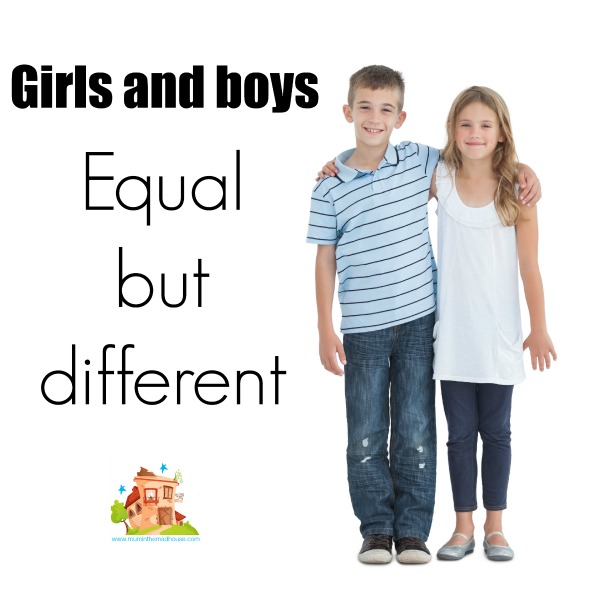 It doesn’t mean that boys are better than girls.

It means they are different. Yes there are exceptions.

The sooner we start acknowledging their differences and stop being politically correct the better. 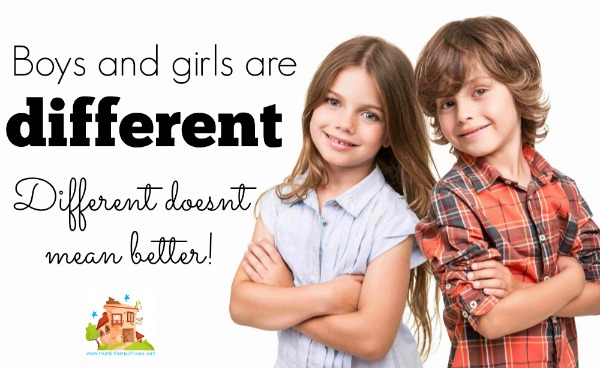 Embrace the difference in boys and girls

All children are individual, unique and precious.  Boys and girls.

Yes I am a feminist and I am saying that we should embrace our childrens’ differences.  By this I do not mean going down the blue for boys and pink for girls route.  No, I applaud designers like Donna Wilson who imagine their children clothes range to be unisex and campaigns such as let toys be toys.  Both of my boys had dolls and prams and we never had boys toys and girls toys.

Maxi has collar length hair and Mini has short hair, this is their choice.  I encourage my boys to craft and be creative, but they still play football and fight, just as I am sure many girls do to.

However, my boys pee standing up and as any mum of boys will tell you the toilet is a constant battle and once they find their penis with their hands, then they never lose it! I don’t know any girls who pee standing up, do you?

Additionally boys and girls mature at different rates, which means there is a difference between a ten year old girl and a ten year old boy and they are biologically different, this is something you can not argue about. 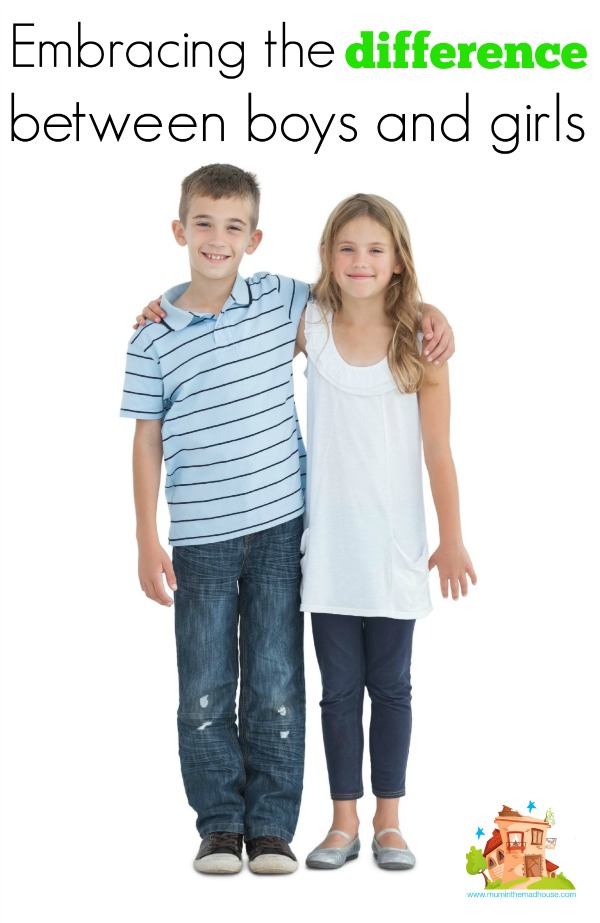 There are plenty of studies that confirm that the gender divide is widened and intensified by our gendered culture. Children don’t inherit intellectual differences. They learn them.

As a mum to boys, I feel it is my responsibility to teach them that girls are amazing.  I want them to know that girls are equal to them and that being a girl is not a bad thing.  I would not use phrases such as “scream like a girl”, just as I wouldn’t use “boys will be boys”.  I do not see either gender as a negative and will not use it as such.

When I say that Mini has issues with fine motor skills and poor handwriting and that boys struggle with handwriting more than girls.  I am not saying one gender is better or worse, but I am saying the boys and girls are different, they learn differently and they play differently, this is my experience.

I totally agree that toys and activities should not be gender specific, but sometimes parenting needs to be.

By arguing about this, I fear we are missing the point, we should be using this energy to fight against companies advertising to our children about companies producing gender specific toys.

So remember when I share with you a post on The Mad House Facebook about How Boys Learn or Girls Like Science, I am not saying one gender is better than the other, just that in my humble opinion and experience they are DIFFERENT.