Losing a loved one at any time is hard for a child to understand and  process, but losing a Grandma on Christmas Day to a very sudden death is particularly difficult.  My children are the most important people in my life and helping them deal with the death of a loved one is so important.

Apart from Mr Smudge, our cat dying,  the boys only experience of Death has been the devastating loss of my Nieces little boy L, who died at six months old.  We have always been honest with the boys and they understood that my Dad (Grandpa B) was dead and being  a farmer’s grandsons they understand life cycles pretty well too.  But none of this prepared me or them for the death of my Mum, their Grandma.

So What have we done? 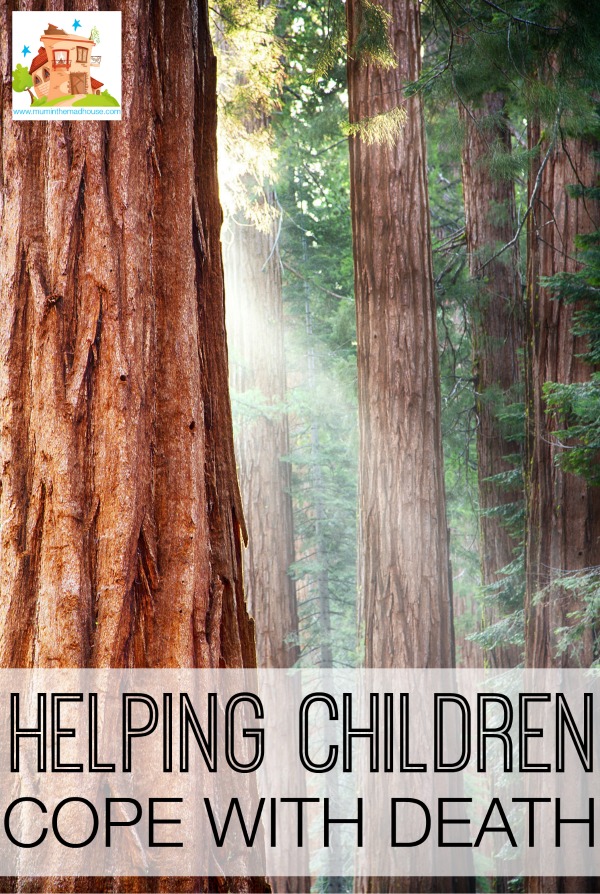 Firstly we bought some great books as recommended to us by people on twitter and on my post about mum’s death.

This book is just perfect in every way, not too many words and the ones that are there are just spot on.  A beautiful book suitable for all ages.

I wasn’t as sure about this book, mainly as it was about replacing a lost family pet, but Mini really loved it and responded by saying “Do you think that Grandma is looking down at us?”

“Small look at the stars – how they shine and glow, but some of those stars died a long time ago.

Still they shine in the evening skies, Love, like starlight never dies”

This is a great book all about unconditional love and it had me in tears.  It is perfectly positioned for both the boys.  Yes it is a picture book, with rhyming words, but the sentiment it gives out is wonderful.

This is a great book which talks about how different things and animals have difference lifetimes, it is very repetitive and therefore, super for younger children.  We were sent this book by a follow blogger and I am so grateful for it.   It talks about beginnings and endings with lifetimes in between.  A lovely book.

The fact that mums death was such a shock has really hit Maxi hard and he doesn’t want to discuss his feelings openly with us.  He started to have nightmares, so my wonderful friend Wendy bought both the boys a set of worry dolls.  We also popped a crystal under Maxi’s pillow and discussed how it might not stop the  bad dreams but it would help him to control them.  We also made a dream catcher too. 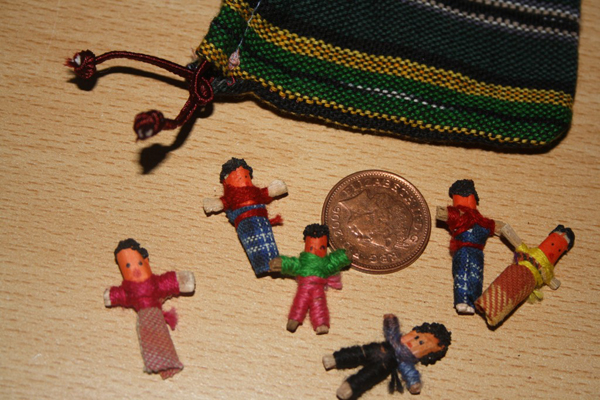 We asked the boys what they could like to put in Grandma’s coffin and they both chose a photo and drew her a picture.   We also had some superb advise from Angela at Tracing Rainbows, about explaining that mums body no longer felt anything, a bit like a cocoon or hair or nails and to reinforce this with the boys we each cut off some of our hair and popped it in a box and buried it.  We didn’t want the children to be upset or worried that Grandma would be hurting.

Angela also wrote both the boys a wonderful letter, which I would like to share with you:

I wanted to write you a letter to say how much I have been thinking of your family in the past few days. It must have been a very strange time for you – partly celebrating all the Christmassy stuff, and partly being very sad because you have lost your Grandma. I know you have both been really good boys, and so helpful to your Mum when she has felt especially sad.

It is a long time ago since my big daughters were little girls and they lost their Gran. It was hard because I kept crying when they didn’t expect it, and sometimes they wanted to play and I was a bit grumpy. But we had lots of cuddles and lots of happy memories. I think it is a good idea if you feel sad to get a little book and write things down or draw some pictures – some of the things you remember about the good times.

I expect some people will tell you to be very brave because your Gran would want you to keep on with your life, and enjoying things – and that is true. But never forget, there are times when it is OK to not feel brave, and to need a cry and a cuddle. And that is true however old you are.

I wrote to you last Easter, and I believe that Easter is when we remember that Jesus said “Death is beaten forever and when we die we can live in Heaven and be happy forever”

Your Gran’s body was old and tired and not working very well – one of my children reminded me when their Gran died that now she would have a new body and would be able to dance in Heaven. The Bible says there is a big party going on up there – do you think all the Grans are dancing together and giggling about the silly things we are doing? I hope so.

Your Mum is my friend and I would like to come and hug her but we live miles away – so will you please give her a big hug from me? You are in my prayers – lots and lots of love        Angela

We involved the children as much as we could.  They picked the clothes they wanted to wear (we went and bought an outfit together) and their own flowers.  I also asked them all about what made Grandma special and wrote and read a eulogy based on our conversations.

We told the boys that we would be going to church and there would be a service celebrating the life of Grandma, where the vicar would talk about the things Grandma did in her life and where myself and Uncle C would also talk about her too.  That we would sing some songs too.  We also explained that her body would be carried in to church by the men who loved her, including Uncle C, Daddy and her brothers and that people might cry too.

We explained again that Grandma couldn’t hurt any longer and reinforced this by asking both the boys to try and remember what they felt before they were born.  Did they feel pain, fear, hurt, happy, sad, or did they feel nothing at all?  Both the boys said they didn’t feel anything, so I explained that that is the same as Grandma now.  There is nothing to fear, because she doesn’t feel anything.

We then went on to explain that the grown ups were going to go to the cemetery and that Grandma would be buried and that we would take them later on in the day to add their flowers to the graveside (they chose their own freesias and my SIL made a little posy for each of them).

We also let off Chinese lanterns and we all wrote a message for mum on them.

The boys went for a run on the beach with my in laws whilst we were at the cemetery and met us back at the club for the party afterwards. 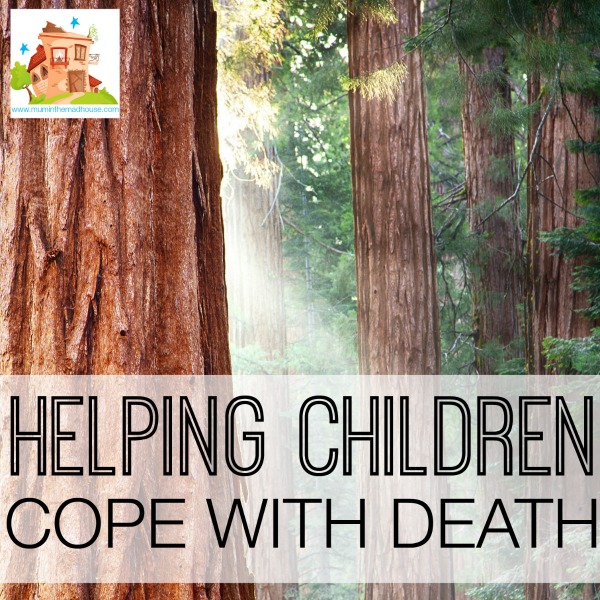 There is also a great post on Half of me about children and death too.