One of the hardest things I find as a parent is feeding my children.  I remember the fear of raising a fussy eater and at 10 and 11 my boys will pretty much try any food, however, it wasn’t always this way. So how do you turn a fussy eater into a food explorer? 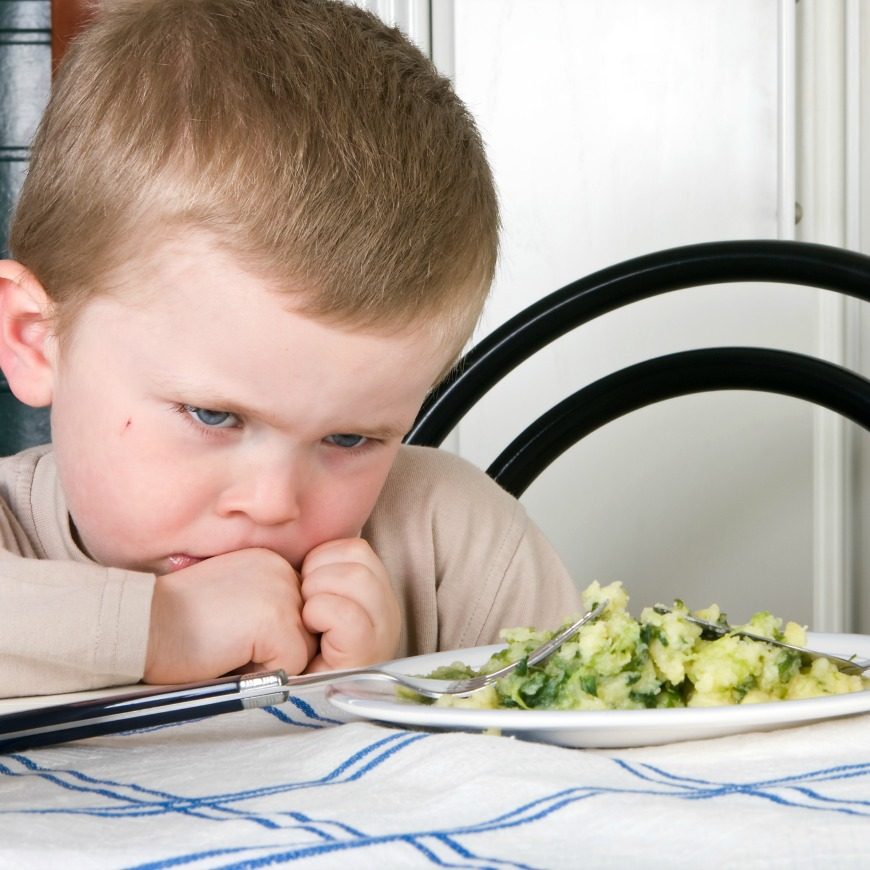 Well, I am working with Ana-Kristina Skrapac (who is a paediatric dietitian) one of Making Sense of Sugar experts to share with you some hints and tips of what worked for me and also some of their ideas and tips too.

It can be really isolating to have a child that is a picky eater and you often feel as though you are failing as a parent and that it must be down to something you have done or not done. I can assure you this isn’t the case.  Most toddlers and preschoolers go through a phase of picky eating and you are not alone.  The trick is not turning mealtimes into a battleground and not turning food into a power struggle.

How to help your Fussy Eater 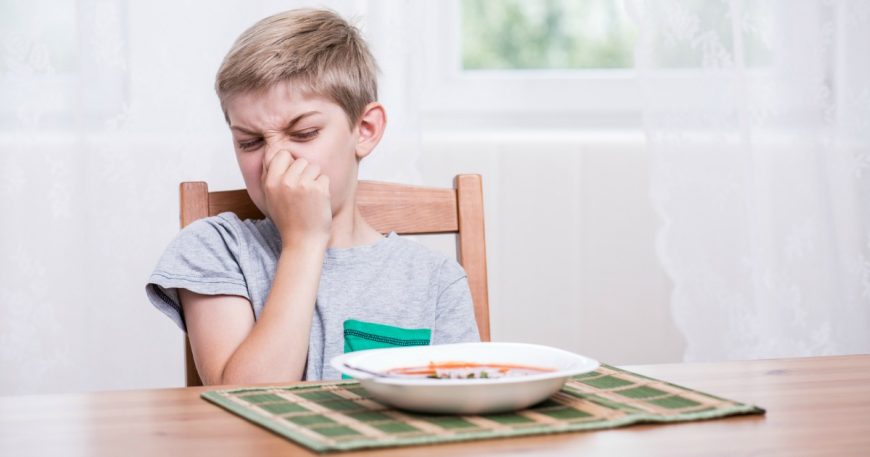 Never force your child to eat.  Even when Mini was being extremely fussy I never forced him to eat.  I simply plated up his food and if he ate it then that was great.  When parents demand that their kids eat certain foods, they’re attaching negative connotations to it and you really do not want to start a negative cycle.

Timing is key.  This was a game changer for us.  Not only does regular meal times provide a routine, but by not allowing grazing in between meals it meant that Mini came to the table hungry and we were much more likely to have a successful mealtime.  It can be really challenging to refuse your child food between meal times, but I always acknowledged the fact that he was hungry and provided a glass of water.

Remove your emotion.  I have learned over the years that I am a feeder! I want my children to like the food I have lovingly spent time shopping, preparing and cooking.  Stop taking fussy eating as a personal slight on your meals. Instead of saying “You have made mummy really happy by eating that”, try “It is great that you tried the taco’s”.

Model behavior.  Yes, I know I bash on about how family meal times are so important, but I really do believe that demonstrating the behavior you want to see is key.  I also found that peers played a big part in my children’s eating habits too.

Listen and adapt.  Sometimes you can make a few changes that make mealtimes so much happier for everyone.  I found that separating foods ensured that they were eaten.  For me, this meant anything with sauce (like baked beans) needed to be in a separate bowl so as not to touch the other foods.

Keep offering food.  I remember reading somewhere that it takes at least nine attempts to like a new food, so it is important to keep on keeping on.  I made sure that I always provided a small salad (tomatoes, peppers and lettuce) with each meal and eventually Mini tried it.

Involve them. Get your children growing, preparing and cooking their food with you from a very early age. Having a hand in making the meal increases the chances that your child will taste their “creation.” Have your little one assist with measuring, pouring, or stirring.  When children can pick up the foods it really encourages them to try. Finger food and dip is always a hit with kids.  Instead of just carrot and hummus, try asparagus with dippy eggs.

How it looks matters. I love the fun food that Grace from Eats amazing serves up and we all know that you do eat with your eyes.  So make new foods look delicious.

For some more simple tips on helping your picky eaters become food explorers take a look at this fab video:

Most children grow out of their fussy eater stage by about six and this was mainly the case for Mini.  Although he still can not stand strong smells at all. We have worked hard as a family to not pass on our food issues (MadDad hates tomatoes and mushrooms and I can not stand tuna and beetroot) and still cook with these ingredients.

Looking at Mini now, it is hard to see a child that refused to go into restaurants because they “smelt bad” and wouldn’t eat anything brown! 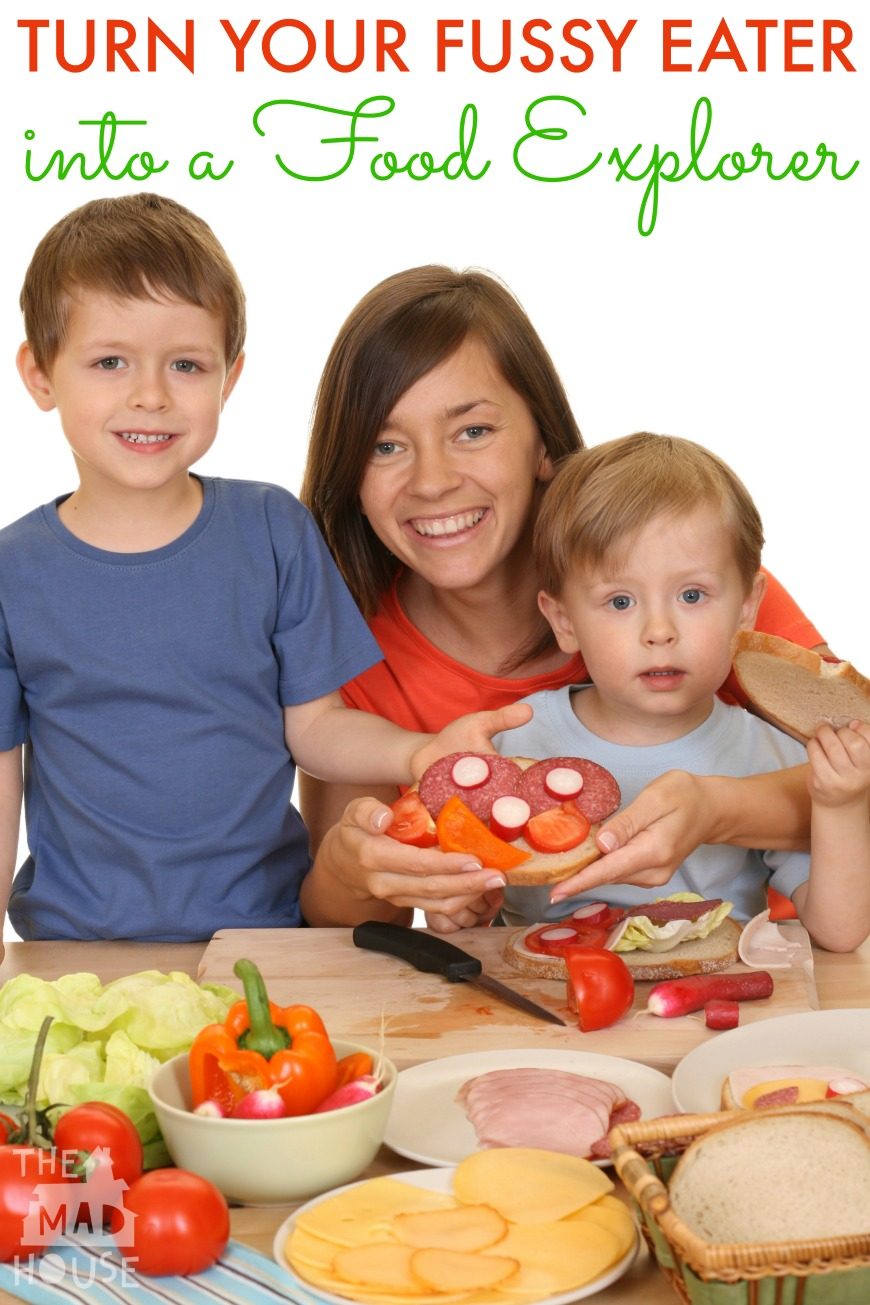 11 thoughts on “Helping your Fussy Eater”