Mini has had a lot of upheaval in the last month at school.  His classroom flooded and he has spent the last four weeks in other classrooms before getting a semi-permanent base in a year six classroom whilst they were bused to a nearby senior school. 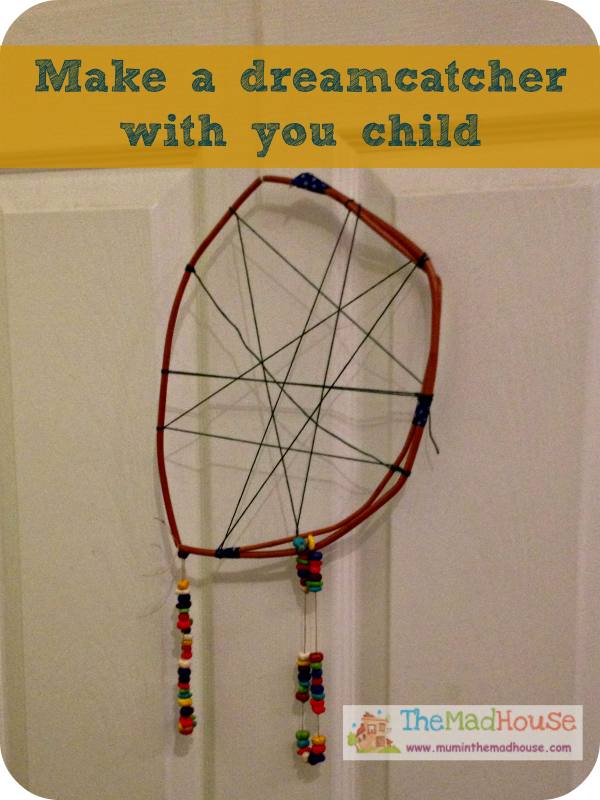 Not only did two years classrooms flood, but the library and ICT area also flooded.  The dining hall has been turned in to a storage area and the school has been unable to serve warm meals.  All this uncertainty has resulted in a very anxious Mini.  This partly shows by him being filled with bravado and the other side with issues sleeping.

So in addition to working on stopping him being a reluctant sleeper and doing things to prevent nightmares, we also made a dream catcher together.  When I say we, what I mean is I held the tape and chatted to him whist he made his own dream catcher.

We used, some wood from a plant in the garden with tape to make into a circle (ish) and then mini used rope to tie round it.  He then strung some pretty beads on to string and attached them.

7 thoughts on “A home made dream catcher made my Mini”