When my mum was pregnant with me she was so sure that she was having a boy that when it came to discussing baby names with my dad, that she only discussed baby boys names with him. I was to be Stanley William.  A good Strong, if not really of it’s time baby name.

They didn’t even contemplate that I was a girl, so when the time came and I was born you can imagine the shock that I was a girl.  Mum even asked the midwife to double check as she was positive I was to be a boy, but alas, I was a girl.  Back in those days husbands were not allowed to accompany their partner to hospital, so my Dad was waiting at home with his father (my Grandpa) who lived with him.

My dad upon finding out was delighted, I was their miracle baby, the child he never thought he would have.  You see my Dad had had to have a testicle removed 2 years preciously and was filled with joy at actually being a father.  He then proceeded to go out and wet my head with my Grandad and other family friends.

When my dad visited my mum in the hospital the following day, he asked her what she thought of Jennifer Louise for a name, to which she replied, erm….. it is OK, but we never discussed baby girls names.  My Dad then decided to tell her that he and my grandad had already been to the registry office and that was my name.  I can only imagine the events that followed. 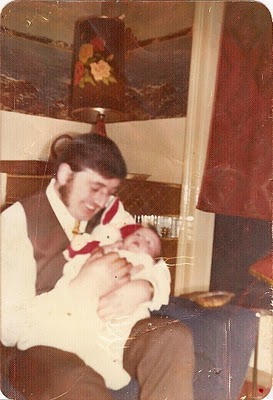 However, my mum never, ever again made the same mistake and finalised a baby boys and baby girls names when she was pregnant with my brother.  Even her bump had a name, Chrissie.  If he was to be a girl he would have been Christine Lesley, after my aunt and if he was a boy he would be Christopher Leslie, after his godfather. To this day he is Christie to me.

I was always told that my name had no family significance, but we have since discovered my Dad’s family tree and I have a distance relative called Jennifer.

Links in association with Bounty.com

4 thoughts on “How I got my names”