We had so much fun making this Kandinsky inspired tree with some of the felt scraps that I have.  This is a super process art for working on scissor skills, especially as felt and circles can be tricky to cut. 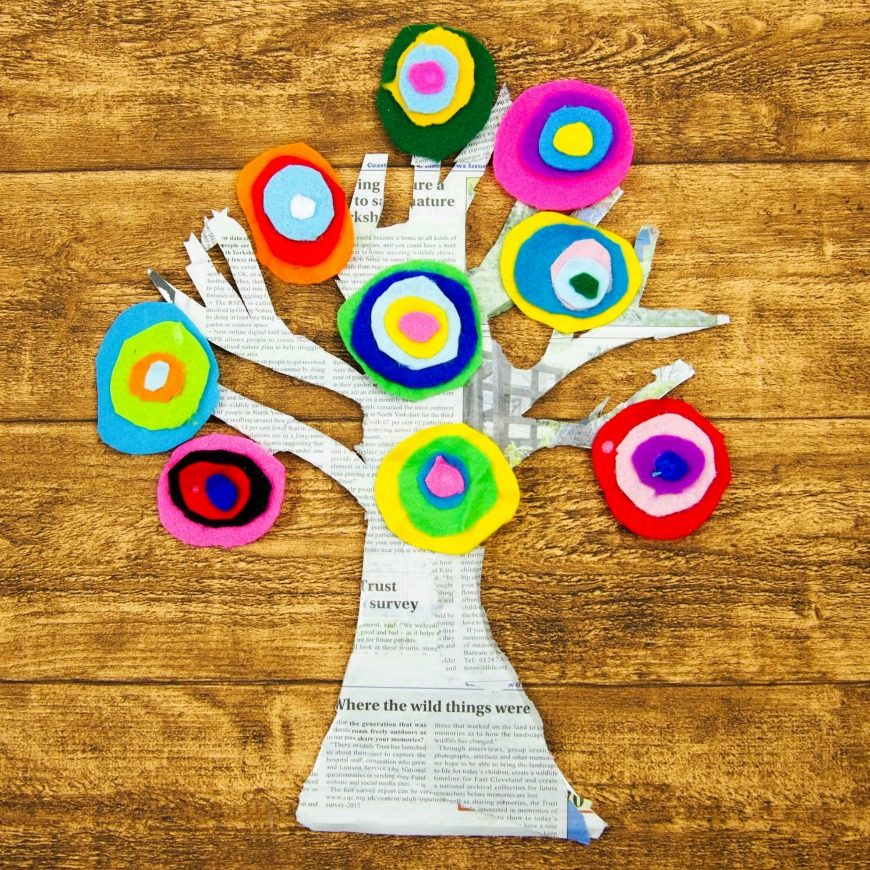 What I love about this is that there really is no need for perfection and it teaches children that you can have as much fun making your colourful trees as you can have with the finished product.  This is great as I have something of a perfectionist on Maxi and I wanted to share with him that the imperfect is beautiful and to learn to relax a little when we are being creative. 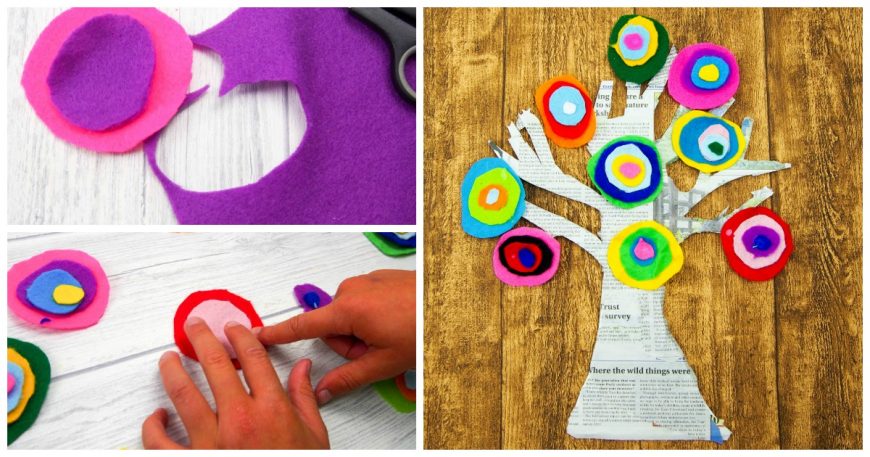 Initially, we were going to turn our Kandinsky inspired stacked felt circles  into flowers, but maxi had the idea to turn them into leaves for a tree after coming back from walking the dog. and seeing lots of leaves changing colours.

This post contains affiliate links, which means that when I link to a product and if you buy it I might get a few pennies.  Well enough to keep me in tea for the year hopefully!  Thank you for supporting The Mad House.

How to make Kandinsky Inspired Tree made with Felt Scraps 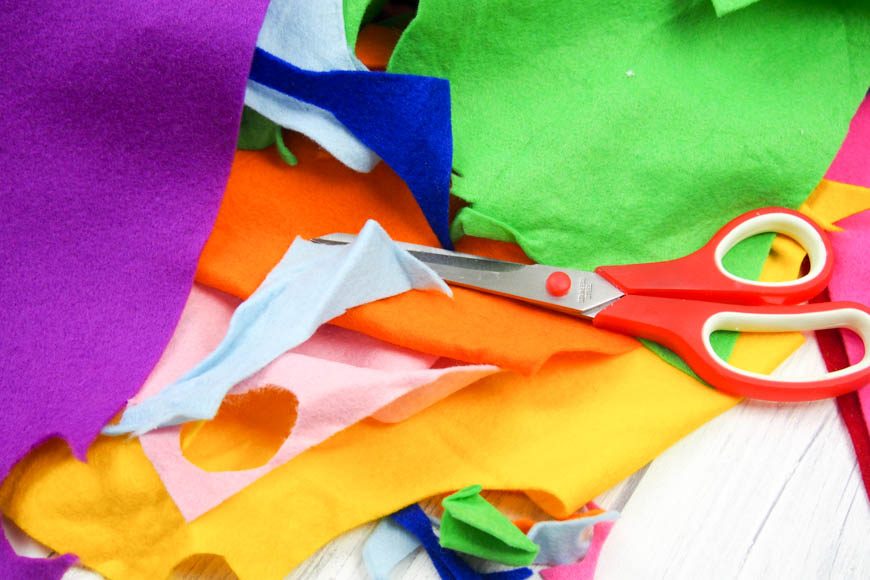 Rather than drawing circles onto the felt and following them to cut out circles, I wanted to encourage free hand cutting which is great for hand eye co-ordination, but with younger children it would be easy to trace a circle first.

Make sure the children are using sharp scissors, as felt is tricky to cut and almost impossible with blunt scissors. 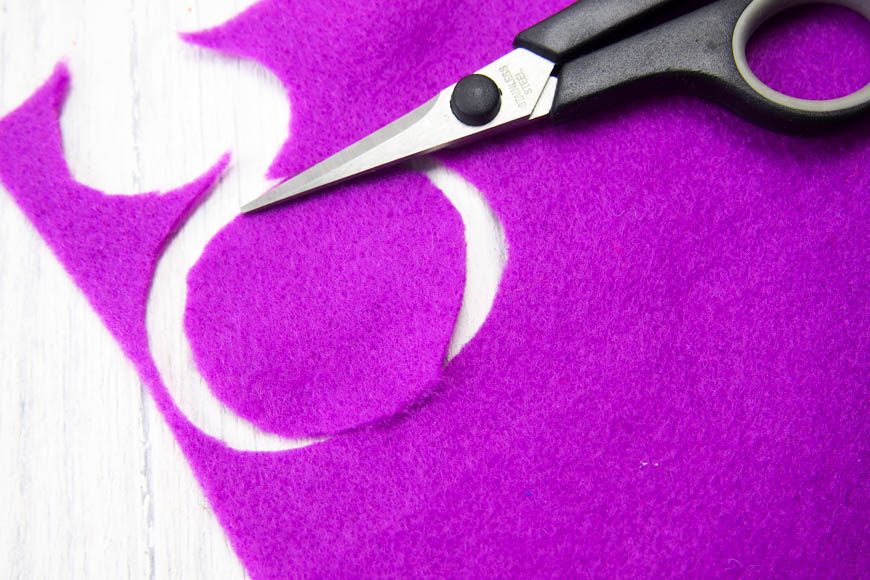 It was really interesting watching the boys make their decisions on colours and sizes and combinations of felt. 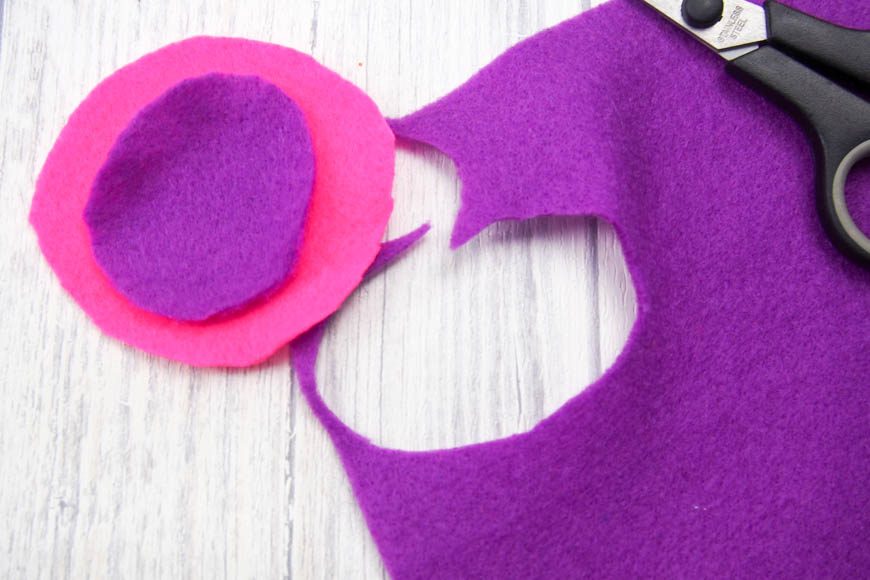 As he became more competent with the scissors he started to fold the felt in half and cut out a semi circle. 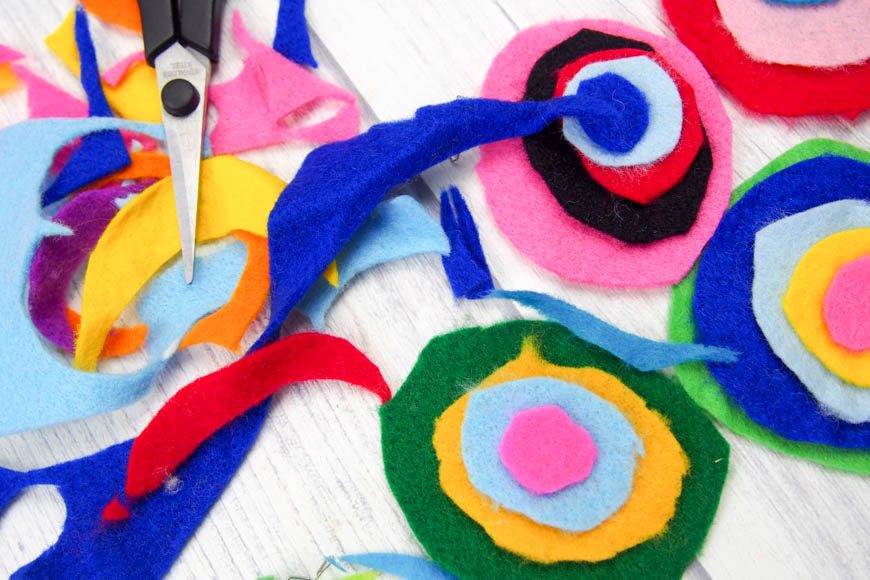 We used a dot of glue between each of the circles to stick them together. 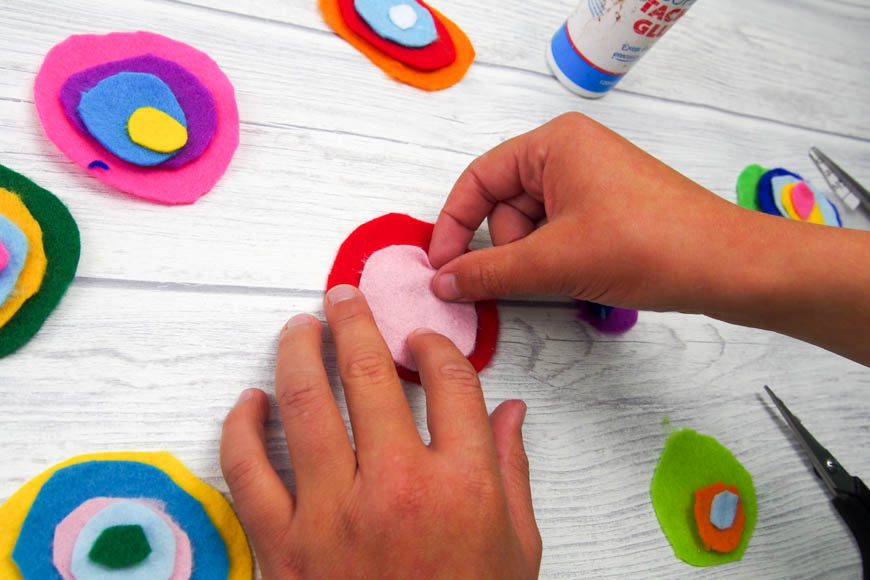 They look so colourful and would make an excellent canvas or flowers. 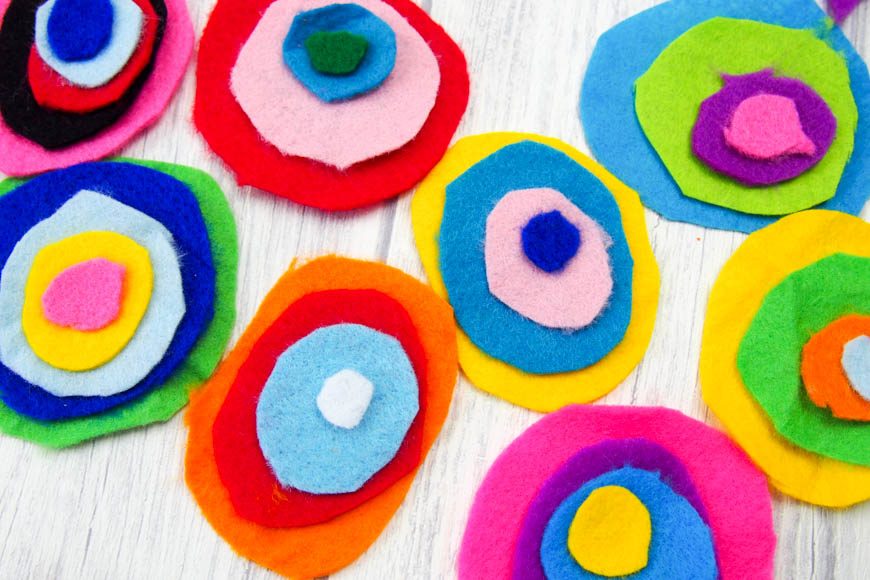 They would also look beautiful sewn on to a cushion with button centres. 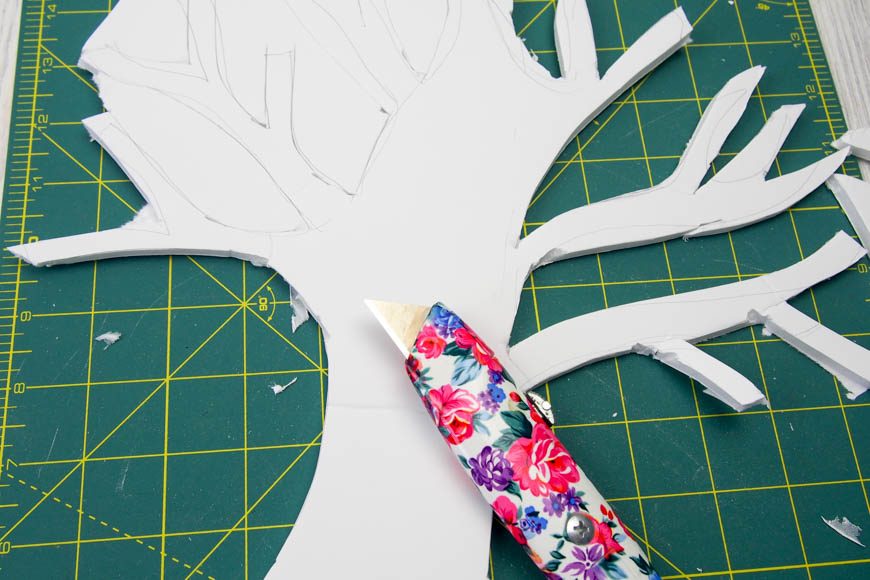 We then moved on to making our tree.  We would have used cardboard, but I didn’t have anything large enough, so we used an offcut of foam board that was in the garage.  This made it a little harder as you can not cut it with scissors, however, Maxi was keen to use the craft knife!  So he drew his tree on to the board and then placed it on a self-healing mat before cutting it out (under my supervision)! 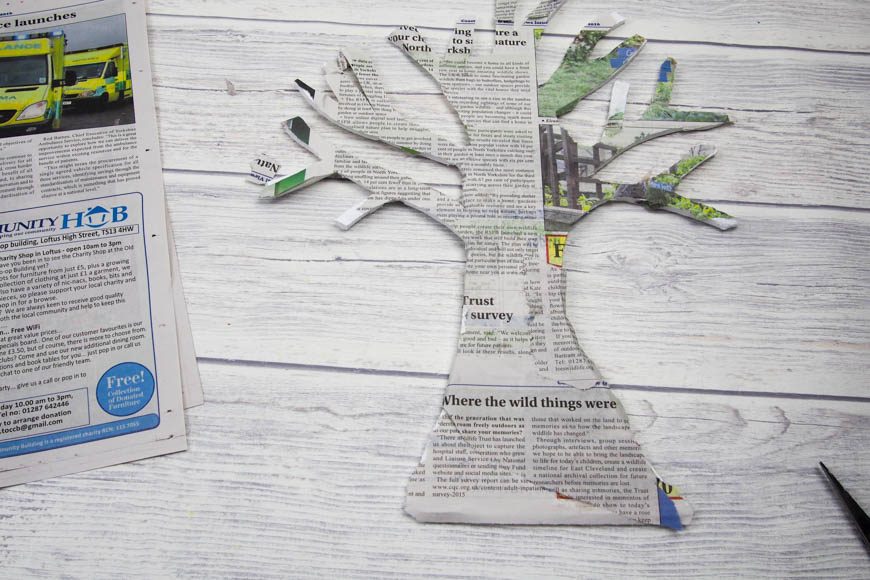 If you had cut your tree out of cardboard the brown colour would make excellent bark, so you could leave it.  We decided to cover our tree in newspaper, rather than paint or colour it. 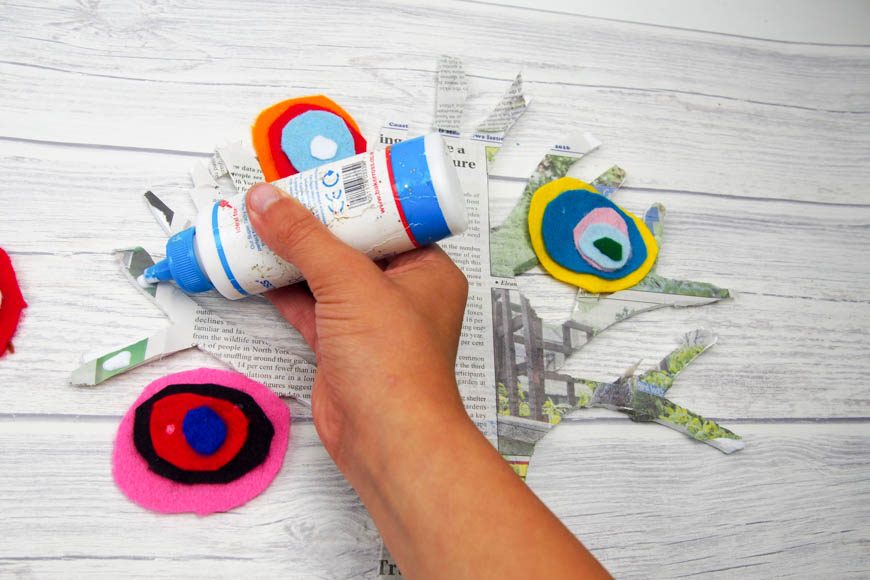 Using the same PVA glue Maxi secured his leaves onto his tree. 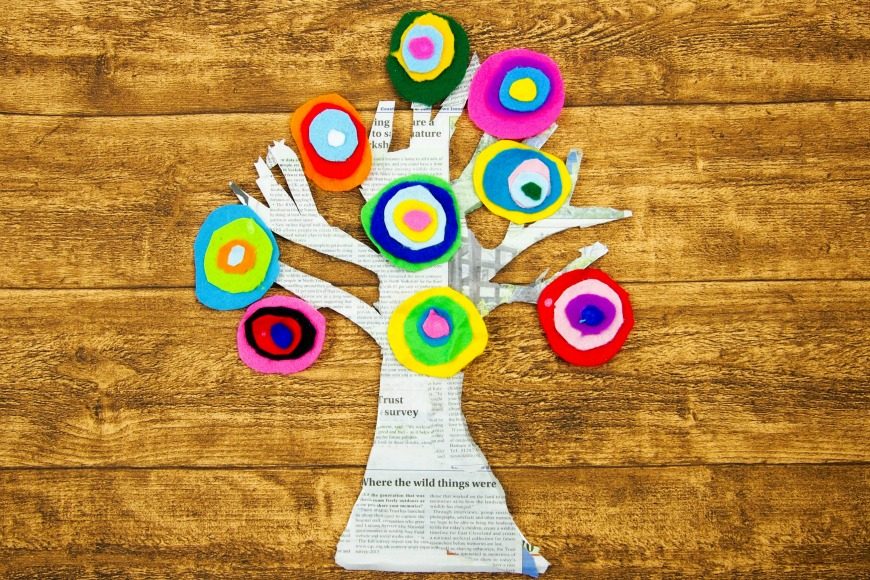 I adore how it turned out.  I love the colours. 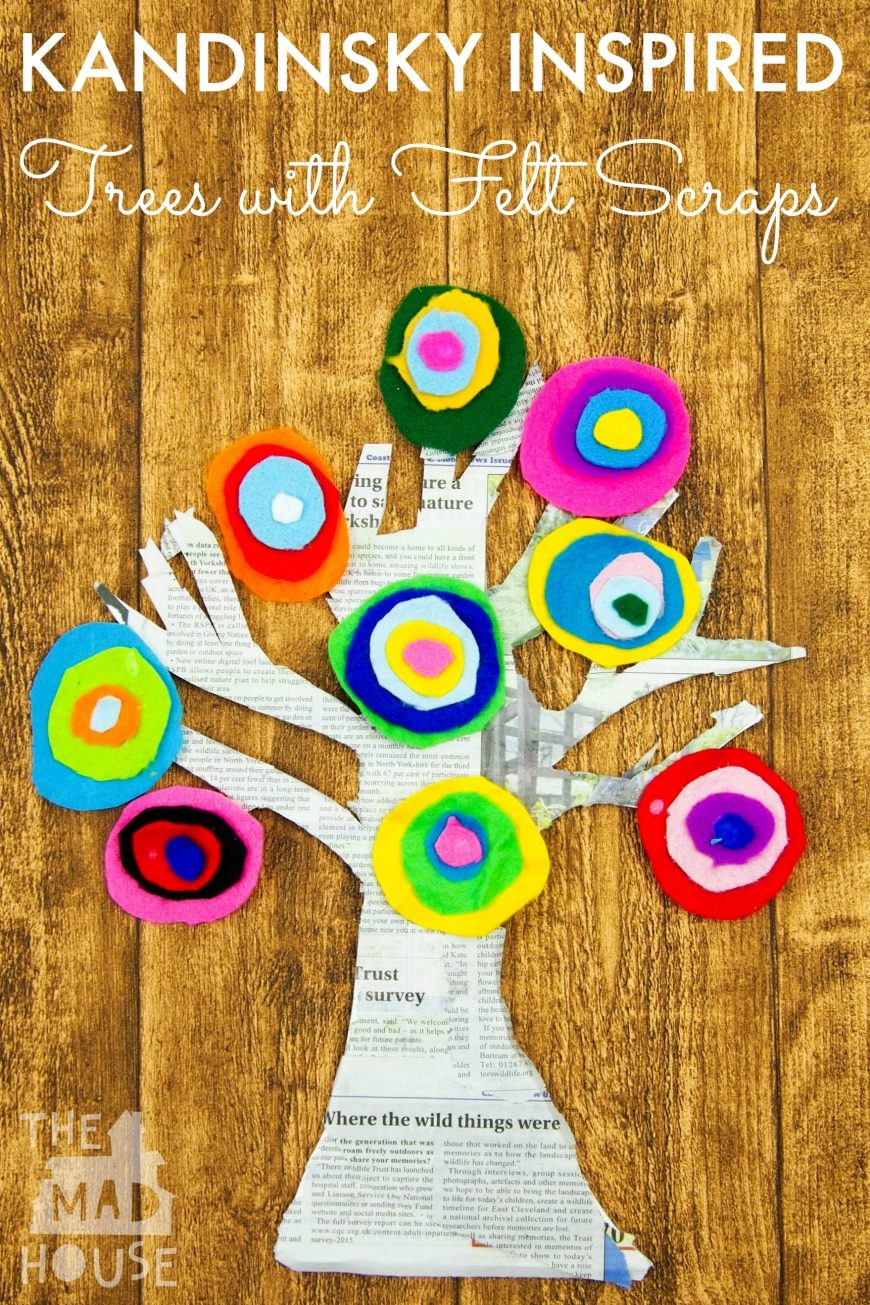 Kandinsky Inspired Tree made with Felt Scraps would be a fantastic collaborative art project for classrooms o groups of kids and would be even better on a super scale!

Other arts and crafts containing Felt fom The Mad House 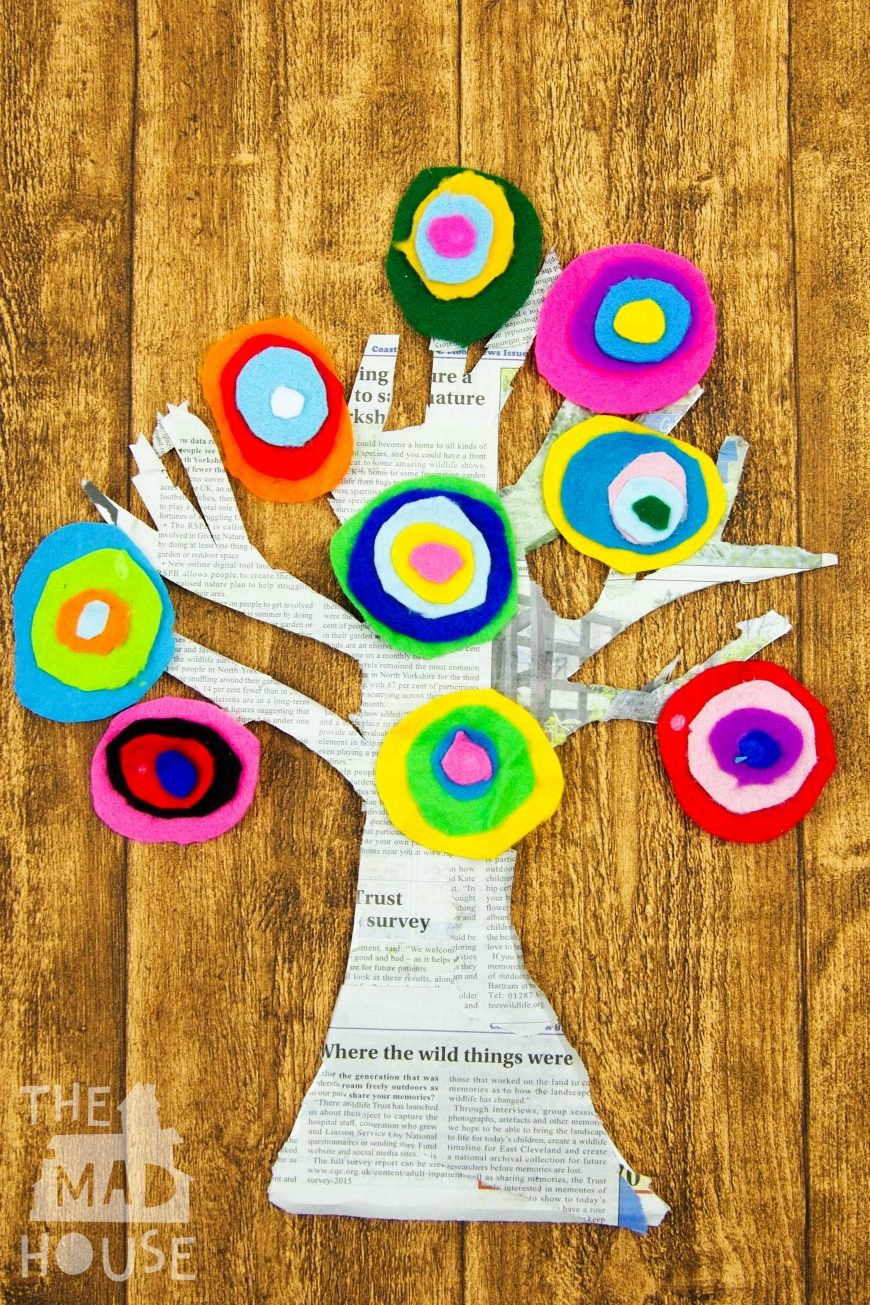 10 thoughts on “Kandinsky Inspired Tree made with Felt Scraps”