We live in a new build house, well I say new build, it was when we moved in eight years ago.  One of the first things we did to our garden was plant an apple tree.  We have watched that tree grow each year hoping for apples and finally this year we got more than the three we have previously had from it.

The boys have been desperate to pick the apples for over a month and we have had to hold them back.  Eventually they had a fun afternoon picking all the apples they could and eating a fair few too.  MadDad had to hoist them up to pick them from the top of the tree. 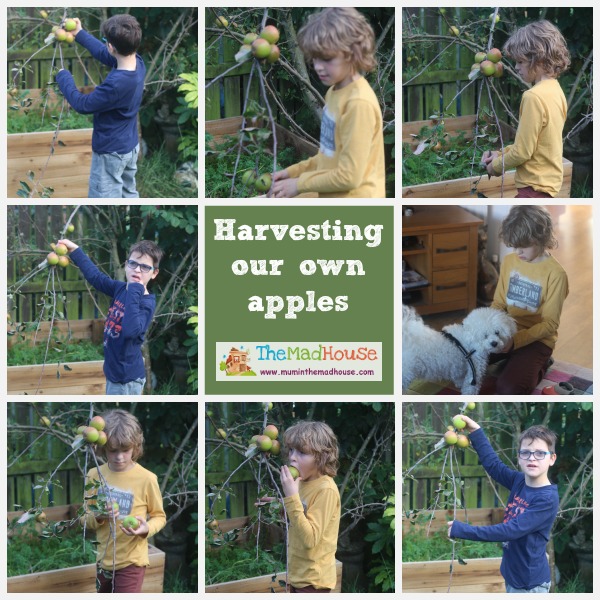 So we now have a rather large pile of apples and have been thinking about what to do with them.  I really wanted to make sure that we cook with them and harness the boys enthusiasm for wanted to cook with them.  So here is a great round up of apple recipes 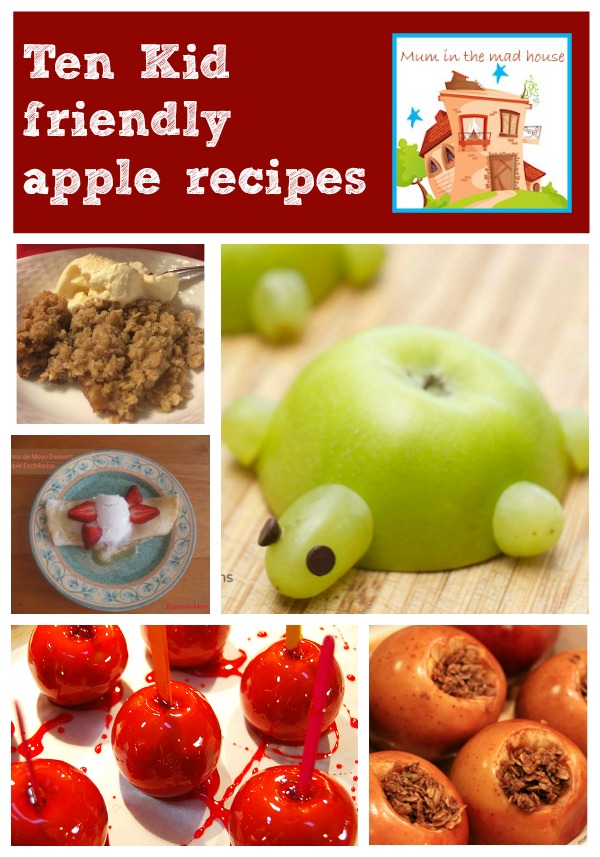 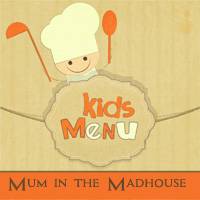 Do you have a favorite apple recipe? Then please do share it with us, either in the linky below or in the comments.

Disclosure: The fab clothes the MiniMads are wearing are from House of Fraser, as part of their Autumn Days campaign.  They have been wearing them pretty much constantly since we received them and they have washed really well.  We received a blue long sleeve Timberland top, yellow long sleeve Timberland top, Quicksilver boys cargo’s and twill trousers. In fact we were so impressed with the Quicksilver Cargo’s that I ordered a second pair for Mini!