We have a large print of Kandinsky concentric circles in squares in our dining room and Mini has faced it as he eats for the last six plus years of his life.   I am a great lover of bright colours in art for children and we have never really discussed the artist. 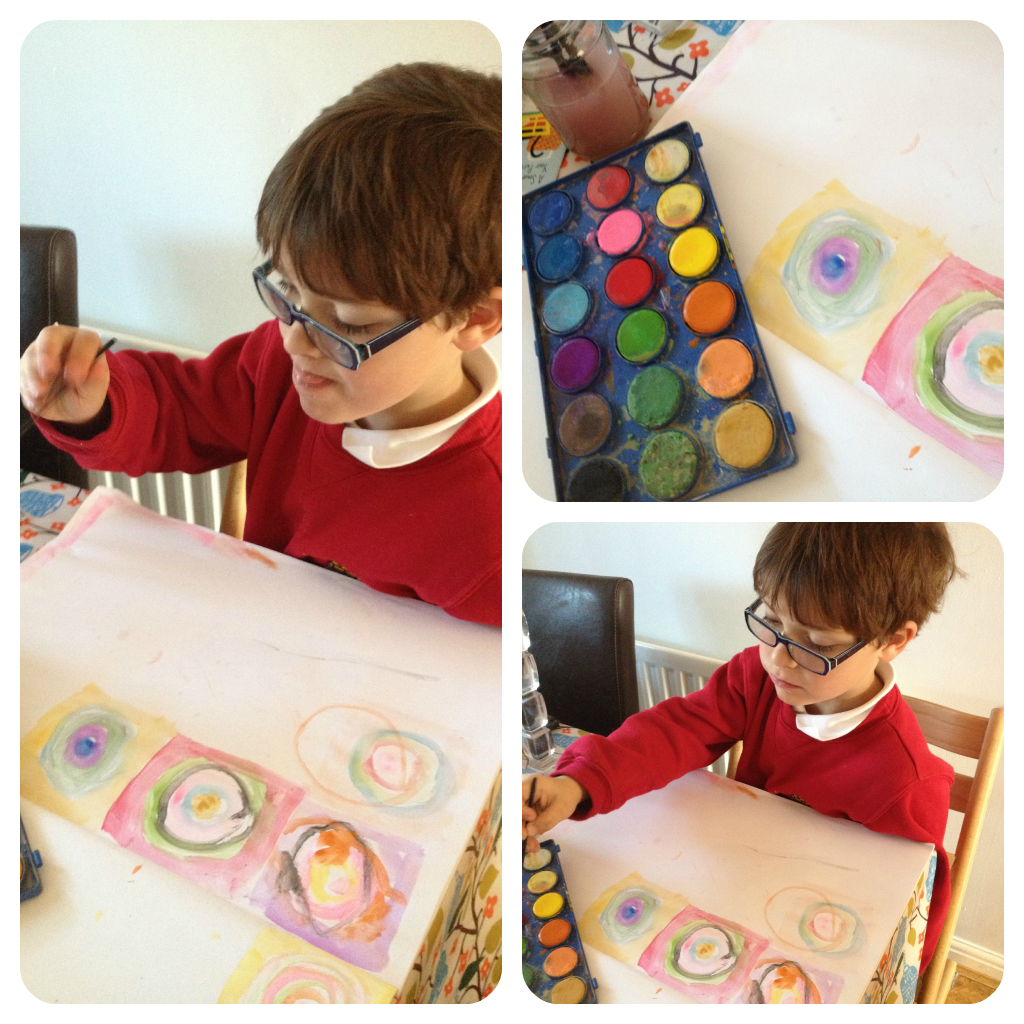 So when Mini asked if he could have the watercolours out to paint and started painting concentric circles in squares, I decided to sit down and we had a fab discussion.

Wassily Kandinsky (1866 – 1944) was a Russian-French painter. His style of painting originally belonged to expressionism, and is sometimes included in symbolism. Kandinsky was one of the artists who gave shape to the abstract art in the early twentieth century.

Kandinsky was inspired by music.  So whilst mini was painting I popped on Vivaldi’s four seasons.   We talked about the fact Kandinsky thought that each colour has its own language and expression.  Kandinsky tried to convert musical compositions into paintings.  He heard colours in music and he saw music in colours.   Mini told me that black must be sad music.

We also talked about the fact that paintings do not have to be of things or people and can be looked at in lots of different ways.  I loved the fact that it is something that MIni could easily mimic and didn’t feel that there was a right or wrong.

What really surprised MIni was that he thought it was really modern and current and couldn’t believe that it was done cica 1930’s! 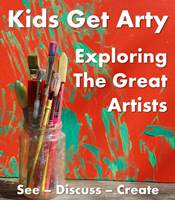 6 thoughts on “Kids get Arty – Kadinsky”