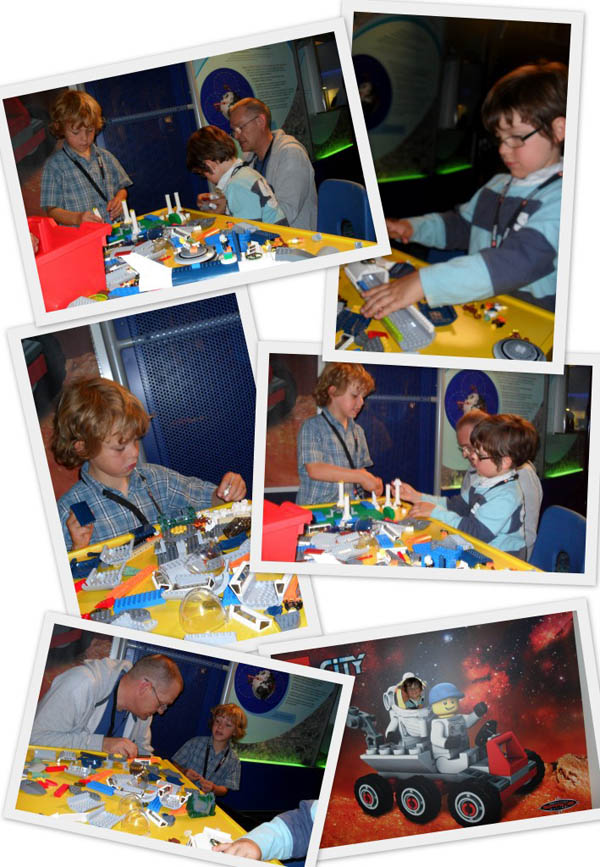 Your mission is to design and build a space base for the planet Mars and to help you there is half a ton (yes half a ton) of Lego for you to use.  As you can see from the photo’s above my boys had just the BEST day.

Don’t worry though if you can not make it to the National Space Centre, you can still enter the compatition by sending a photo of your space station to competitions@ngkids.co.uk.

The National Space Centre was a great location for the event, as my boys are obsessed with space and their imagination has been recently fired by the launch of the last space shuttle, add to that the chance to build with so much Lego and you have two very happy boys, which means for a very happy mum and dad too.    The boys also met with Prof Heinz Wolf and learned how a toilet works in space!

As I have said before as a family we love Lego and Lego Duplo and have copious amounts at home.  I love the fact that there were no instructions for the boys, so they were able to just use their imagination and build something from scratch with out any constraints.  The building didn’t stop there though, oh no, we spent most of Sunday with the Lego and Duplo and had a great day playing inside whilst the rain came down (is it July or November?).

Disclaimer: We received free entry to the National Space Centre, lunch and a goodie bag

3 thoughts on “Lego City Space and the National Space Centre”