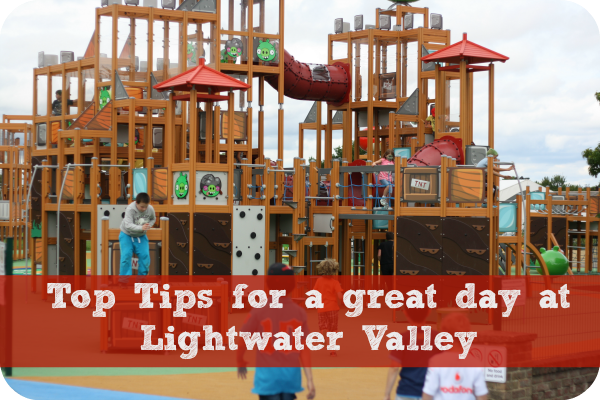 We had an amazing day at Lightwater Valley last week with friends.  Between us we had six boys aged between two and nine and each and everyone of them had THE BEST day ever (their words) and have already made us promise to take them all back next summer.

So I thought I would share with you what made it such a good day and our tips to get the most out of your time at Lightwater Valley:

We had a fantastic time and refused to let the very angry, rude, offensive and classless man who decided to swear at Mini and threatened to “give him one” for bumping in to his child in the Angry birds park ruin our day.  When I took him up on swearing at my child and asked that if he had any issues to come to me as his mother, he then threatened to hit me too and called me a fat bleep!  It has come to something when a four year old turns round and feels the need to tell an adult that swearing is unacceptable!