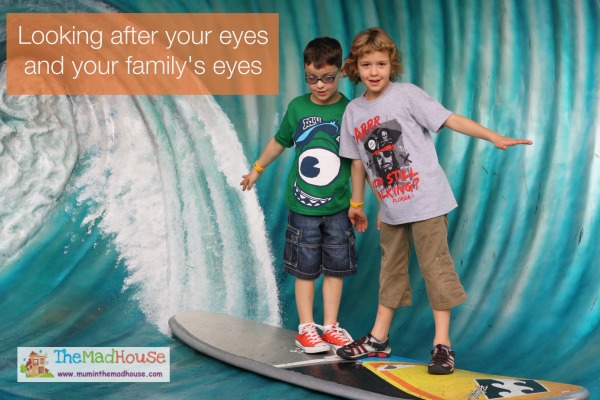 MadDad wore glasses from being a toddler, I started wearing glasses at 20, so there was a high chance that our children would need to wear glasses too.  We took them both for their first eye test at a year old and Maxi was fine, but Mini needed specs as he is really long sighted. 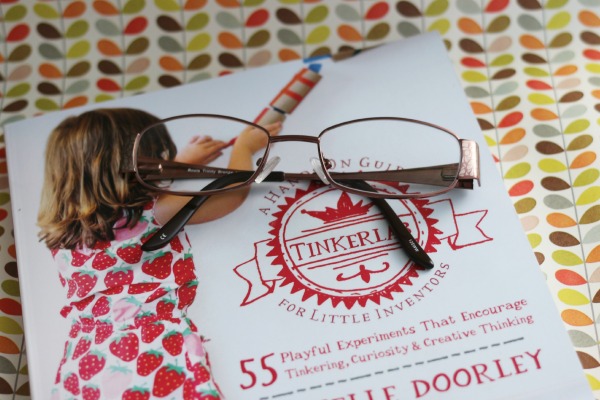 Having a child that needs glasses makes you really aware of how vulnerable eyes are.  More so when that child is sensitive to the sun, so wears reactorlite (glasses that tint in the sunlight) to help prevent his headaches.

Boots Opticians lenses now come with  Boots Protect UV protection as standard which are worth £40.  This protects both the front and the back of the lens.

Recently Boots Opticians got in touch and asked if I would like to review their service and spectacles, as someone who has had laser eye surgery and also only really used a local opticians I thought it would be great to see how a national chain work and also I really wanted a pair of their exclusive Orla Kiely sunglasses (yes I am THAT shallow)! 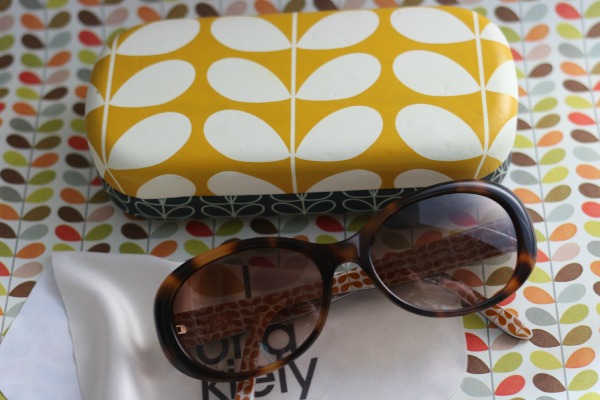 I was really impressed with the service I received both before the test, during the test and after.  Both the Optician and the assistant were knowledgeable, approachable and friendly.  The test results were exactly the same as at my local independent optician, which was really reassuring.

For me it isnt the test that is the hard part, but choosing spectacles and working out the cost.  The cost of the frames is only the beginning and once you start adding in all the lens options (which I do not understand) the price suddenly escalates and I start to feel out of control.  However, Boots put the customer in control by making the prices clear and understandable and at no point did I feel pressured to pay for lenses that were more expensive.

In the end I walked away with a pair of reading glasses and a pair of Sunglasses all for £145.

MadDad also went to Boots Opticians for a test and he has been going to Opticians since he was a year old, has had operations on his eyes as a child and his Mum is borderline for glaucoma.  He was really impressed with the tes and when his pressures came back slightly high, he was given drops in his eyes and then had them retested on a more accurate machine.  Thankfully they were well within normal, but it is really reassuring that the Optician wasn’t concerned about running over, just about making sure MadDad got the best service possible. 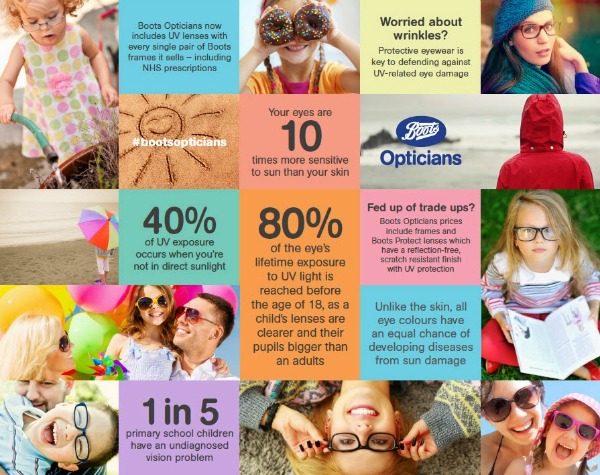 His test was the same as the local optician again and as he was really happy with his glasses he decided to go for a classic pair of sunglasses, but with varifocal lenses.  Geeta the optical assistant helped him and the boys chose the frames and then talked through the lens options with him.

Do you get your kid’s eyes tested?  You can get them done free annually on the NHS from Boots Opticians.

Disclosure: Boot’s paid for my trip to Britmums Live, for eye tests for me and MadDad and £300 towards glasses.