Skip to content
Home » innocence » Looking Back – The toddler years

As my boys are growing up, we seem to be having less of those incidents that make you want to scream, you know the ones….  where everything goes quiet and they are up to something.  I have had quite a few of them. 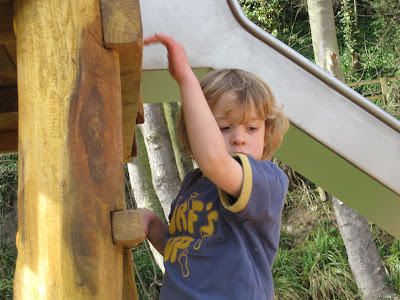 Permanent Pen
Maxi once drew on everything with a black pen that you used on paper to make a road for a car to follow, no where on the box did it say the pen was permanent, but oh my it was, he was 20 months old and nearly didn’t live to see his next birthday.  The sofa, the walls, the doors, the TV, in fact most things in the sitting room.  All done when I was putting mini down for a nap.
He took the pen from its storage and just did it, I was beside myself and the resulting mess was unmovable from the sofa’s, not even the insurance company’s special “man” could get it off.  We managed to save the TV and repaint the walls etc.
I learned my lesson on this one, everything that can do damage away, not just in a cupboard but out of reach and the company now label all their sets as having a permanent pen in them!
It’s Snowing Mummy
We use washing powder soft tabs from Simply Washing and I store them in the utility area (or the futility area as it is known in this house).  I get them delivered in bulk, so more often than not there is a number of boxes there.
Well the boys took it upon themselves to make it snow one day and went through the whole lot of them tearing open the boxes and the bags and opening the little tablets to allow the powder to make a snow.  I can not remember what I was doing this day, but I walked in to the kitchen to chaos.   They had started to half open the tabs and throw them at themselves allowing the “snow” to flutter down all over them and everything else in the kitchen! 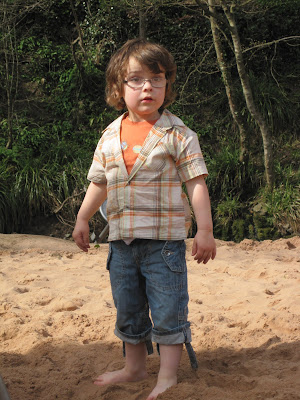 Mini the amazing safe-cracker
We never had to put door locks on anything with Maxi, he never went in to the cupboards once he had been told sternly a couple of times NO, but Mini, oh my Mini is very different indeed.  More often than not he is driven by his tummy and his sweet tooth.  I have found him with his head in the fridge (having figured out the lock) more than once, with all the yogurt gone, or his fingers in the jam!
He also cracked the treat cupboard pretty fast too, we don’t have many biccies etc, but I pop them in a cupboard, but mini too know how to bypass the latch.  I stopped putting things in high units or shelves, as he would drag in a chair and manage to get them.
You would think that he is starved, but I have fruit out always and they can help themselves to that anytime, but no that would be too easy for Mini!
I could also tell you about the day Maxi got in to my make up bag, hence why I no longer have one, or when mini was found in the back of my wardrobes having fallen asleep playing hide and seek, I am sure that this isn’t the end of it, just the beginning .  I can not believe that my babies, have been toddlers and are now children.  Come September I will no longer have a preschooler either – wow time flies.