Skip to content
Home » parenting » Finance » Collecting money in a group made easy with Swoosch.it

Group collecting can be a total nightmare, especially when people are not all around at the same time. Just ask anyone who is in charge of collecting funds for a baby shower, big birthday present or even a major wedding gift. There will always be someone who wants to pay by cheque, doesn’t have the cash on them or perhaps people live all over the globe. 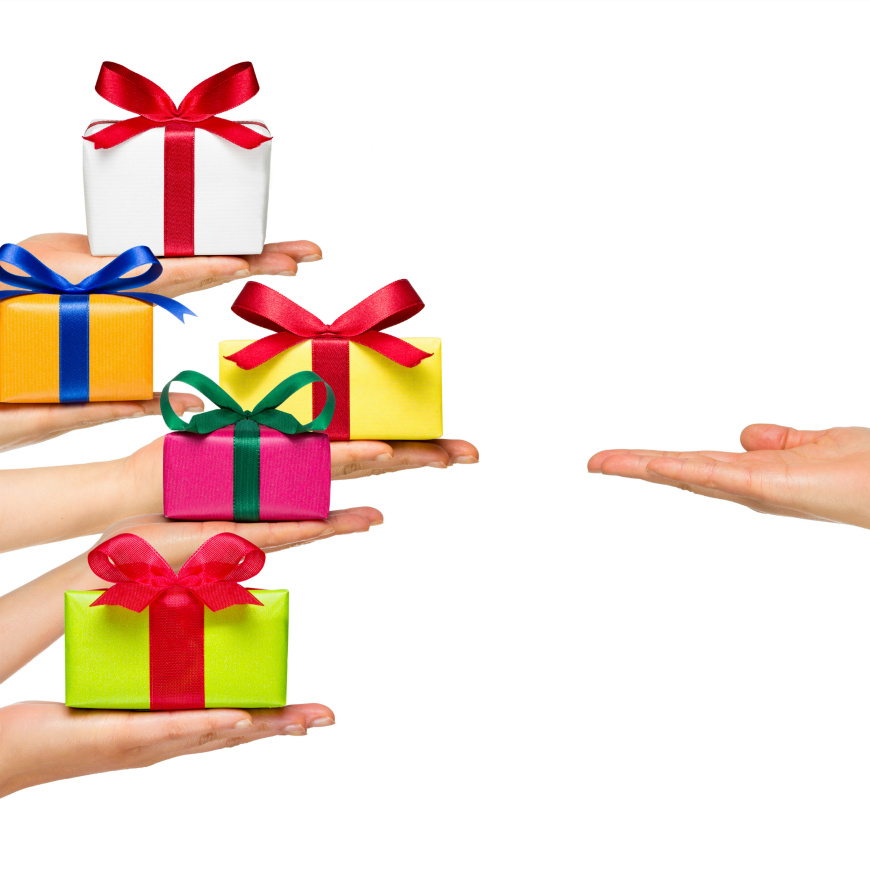 Well, this is where Swoosch.it  come in to save the day. Swoosch is the fastest and easiest group savings website, solely for personal fund raising. Like most great ideas, Swoosch came when Founder Achille Traore realised there was a gap in the market when he was trying to raise funds for his friends Stag Do. 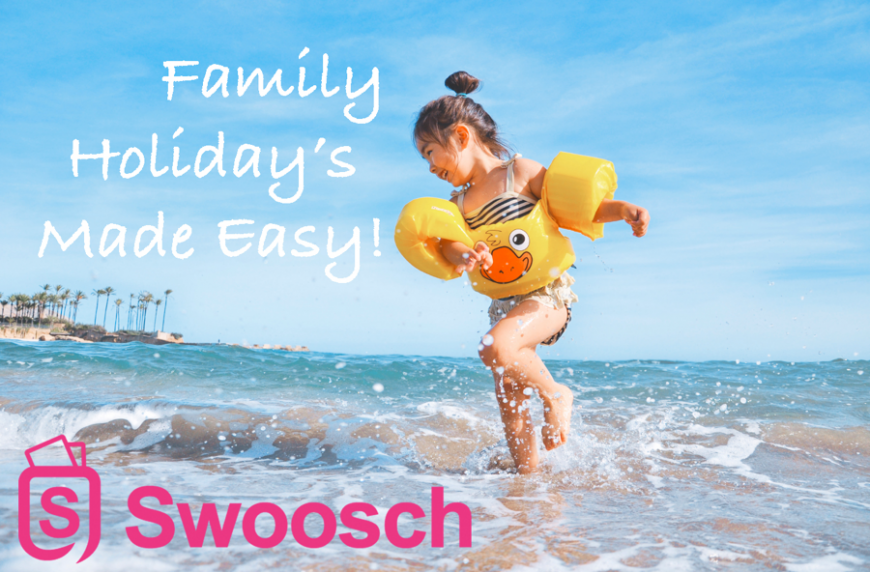 Having been the person who was always responsible for collecting for presents when I worked in an office, I know I would have LOVED it to be around then and I have found it even more invaluable in this digital age when people live all over and often group collections involve people living in different cities. 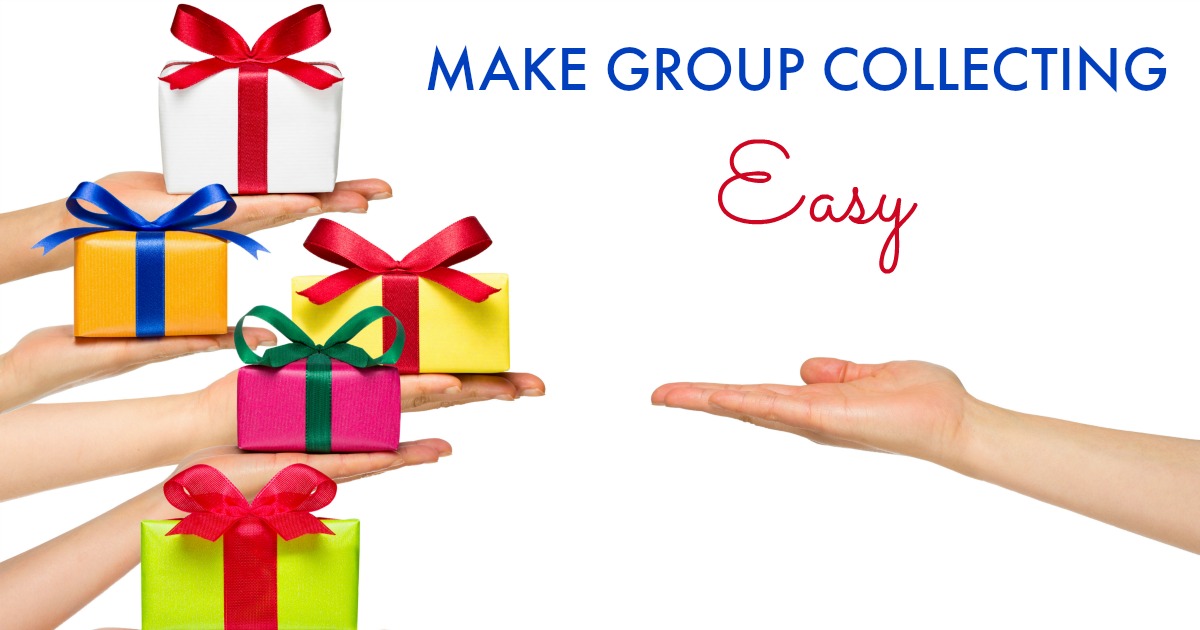 I decided to put Swoosch through a couple of tests.  Firstly it is the husbeasts 50th Birthday coming up and his work have used it to collect funds for his birthday gift.  His company has 5 offices and Swoosch worked really well as it meant that one person could send out the email and control the central collection, rather than having to involve people from each office.

Secondly, I used it to collect funds for a friend who is going through a tough patch.  My friend is part of a large online community with people all across the UK and even further afield.  Using Swoosh made collecting funds simple for me.   I sent out an email including the pot details and people could give what they chose and also leave a personal message too.

It is so simple for both the collector and people giving too.  The only way I would improve it is to integrate Paypal, as a lot of people would have loved to be able to contribute using Paypal funds.

Other than that, we LOVE it and can see it being used for so many different things.

Open your collection pot today and you could win £100 added to your pot just in time for Christmas! Swoosch.it 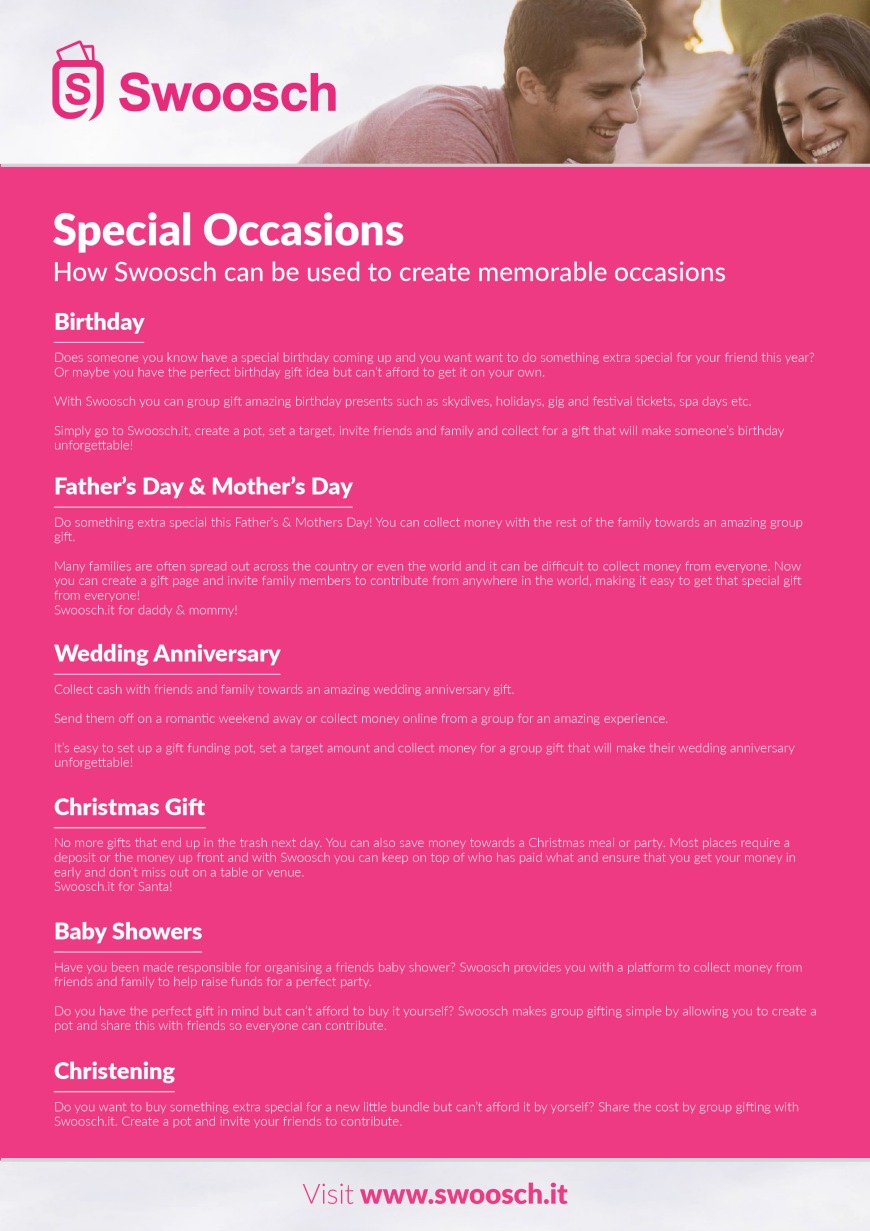 14 thoughts on “Collecting money in a group made easy with Swoosch.it”