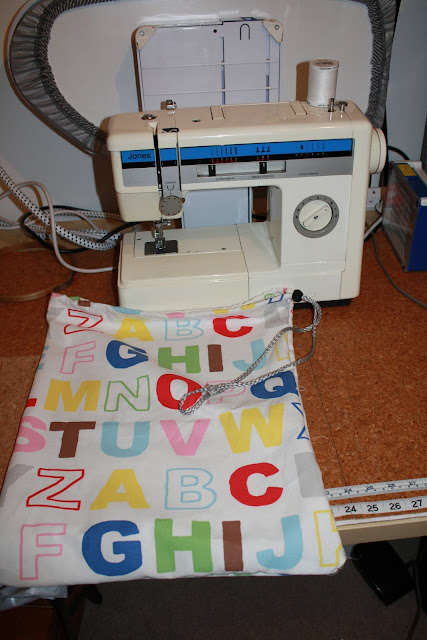 Look, my new to me sewing machine and my first project on it.  A new swimming bag for MaxiMad.  He picked out the fabric when we were in York a few weeks back from the Cath Kidston store (he has taste that young man)! 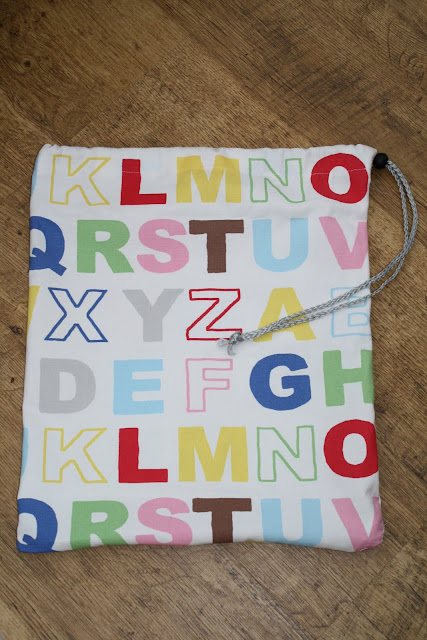 Thing is once I had done one and mini mad saw it, I had to make another one this afternoon.  I also made these key rings as Christmas Presents and one for myself, as I always end up popping my car keys in my mouth to hold it I dont have any pockets on (so I can strap the children in their car seats). 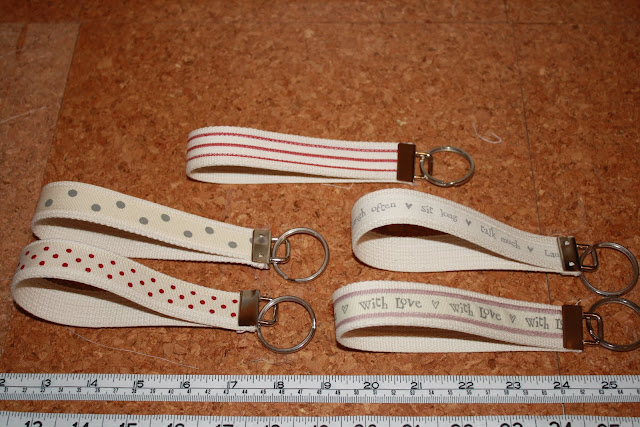 Do you like the cork board top I have given my sewing table.  I also glued a couple of tape measures on. 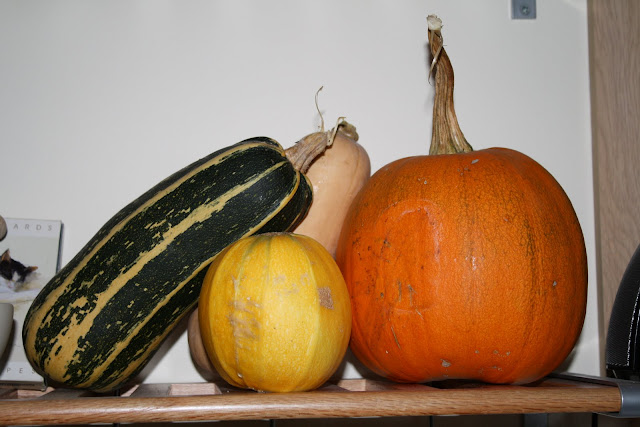 A picture of our pumpkin and squash harvest from the garden.  Liz at Violet Posy was commenting on trend in America to use pumpkins as a Fall/Autumn decoration.  We have had these on the shelf in the kitchen for the last month or so, I am feeling very hip and with it.
The truth is rather more bland, I have no where else to store them and thee minimads are so proud of their garden, so I thought we would keep them out until we eat them. 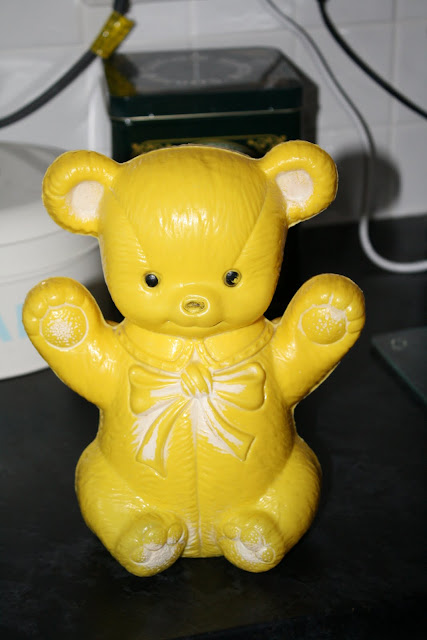 The boys and MadDad spend a few hours up at the farm with his dad yesterday (potato picking and playing with Nana) and it turns out his mum is sorting through the attic and came across MadDads old school reports and thie yellow plastic teddy money box in the photograph above.
This was his first present off his Gran (she was his first grandchild) and it is so 1966.  MiniMad has claimed it as his own and called it Danny.  I am not sure if it was because it was a bear or down to the fact that it is half full of money!

4 thoughts on “Making a start on the Christmas Presents”