Mini’s favorite artist at the moment is Piet Mondrian and these Mondrian inspired jar luminaries were influenced by a recent visit to The Gemeente Museum when visiting Holland. 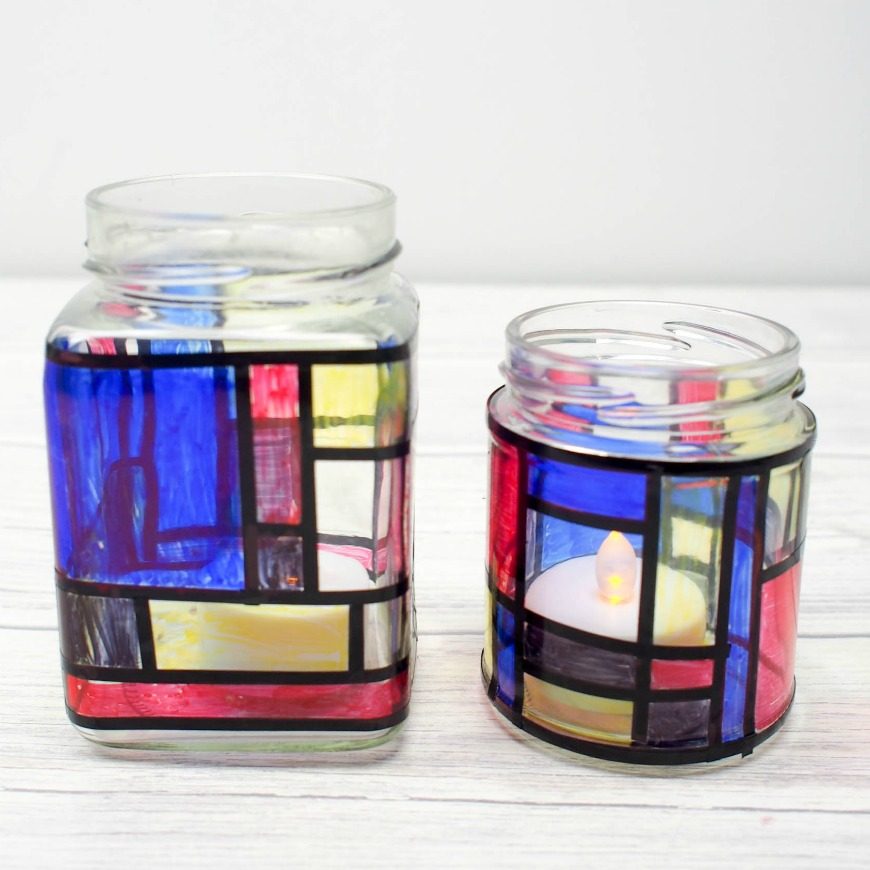 I love talking about art and famous Artists with the boys and  The Gemeente Museum had an amazing space in the basement where we all learned more about Piet Mondrian and his art.  Did you know that he didn’t use a rule for his lines?  I wanted to make this project as simple as possible and to use materials that we already had, so opted against glass paint, instead using sharpies and 3mm gridding tape that we used with our foil faux stained glass art to make our Mondrian stained glass jar luminaries. 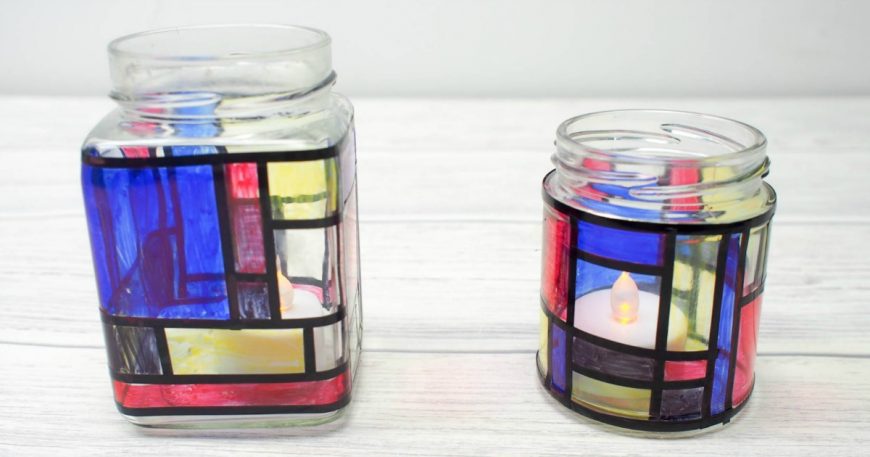 I love jar lanterns and they are such a great way to reuse old glass jars and turn them into something beautiful.  We tend to use battery operated LED tea lights making them safe to use around pets and young children.

The gridding tape is great for this project.  it makes it so much easier for kids to mark out their straight lines and patterns on the jars. 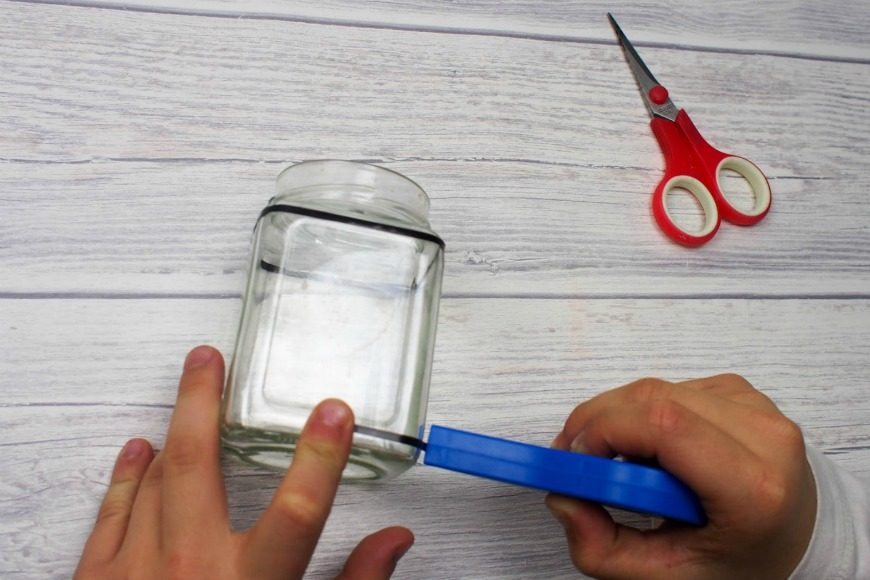 Instead of cutting the tape and then sticking it on the jar, Mini found it easier to cut it once he had it on the jar. 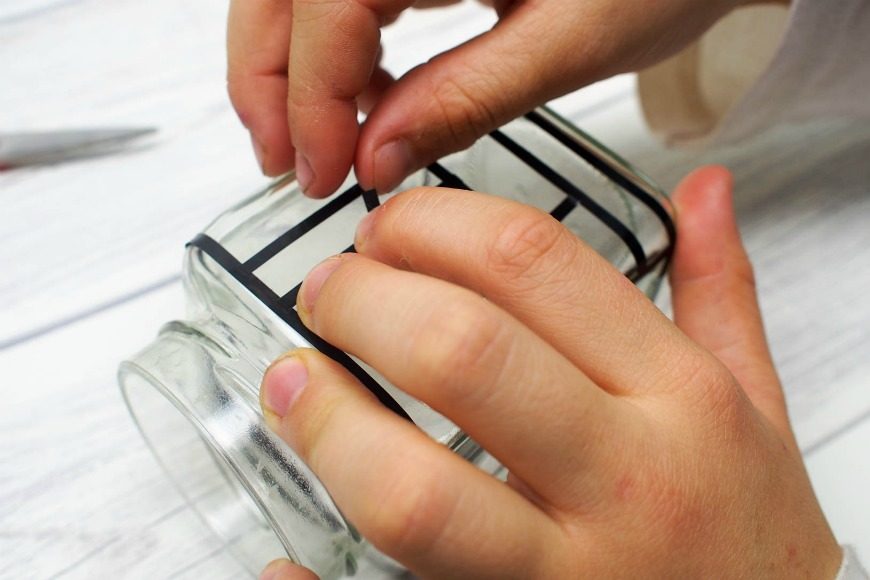 Once he had marked out his lines, he then decided which colours to use where.

We stuck to the same colours Mondrian used, apart from white, so red, yellow, blue and black.  He decided to leave the areas which would be white clear. 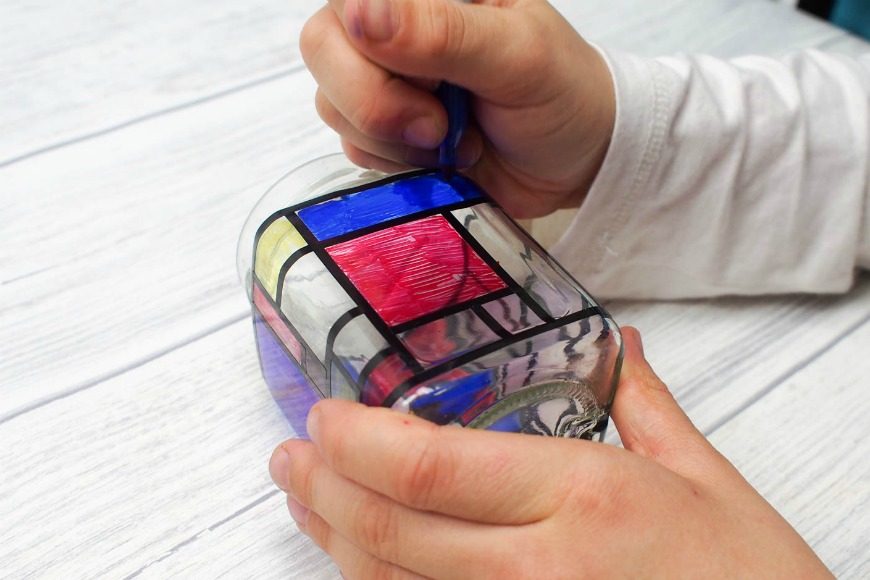 He used a fine sharpie, which worked really well and created a see-through colour. 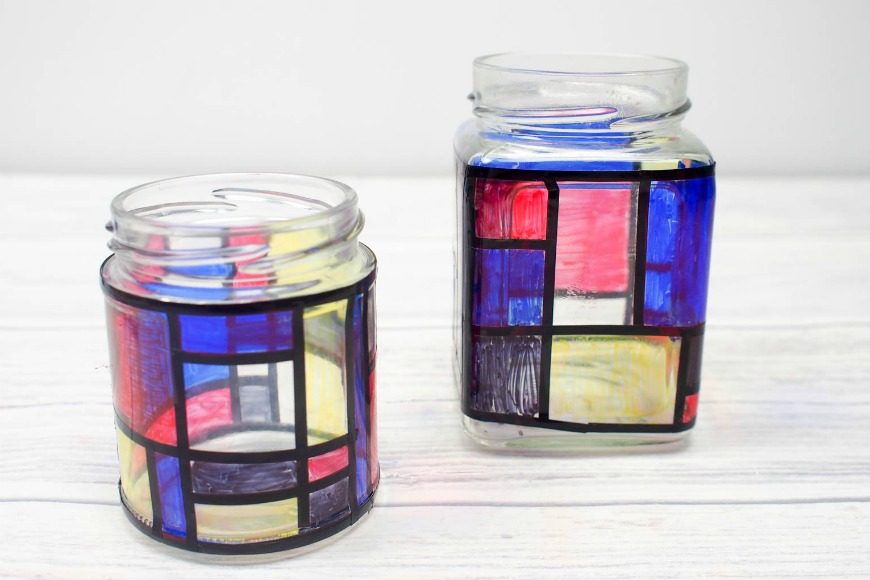 They look fantastic during the day. 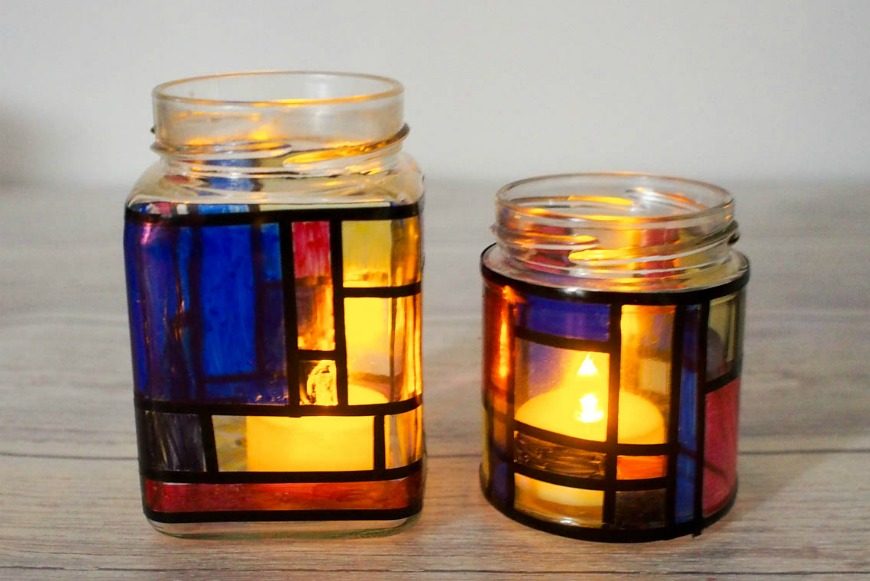 However, when you pop a tea light in them, they look fantastic. 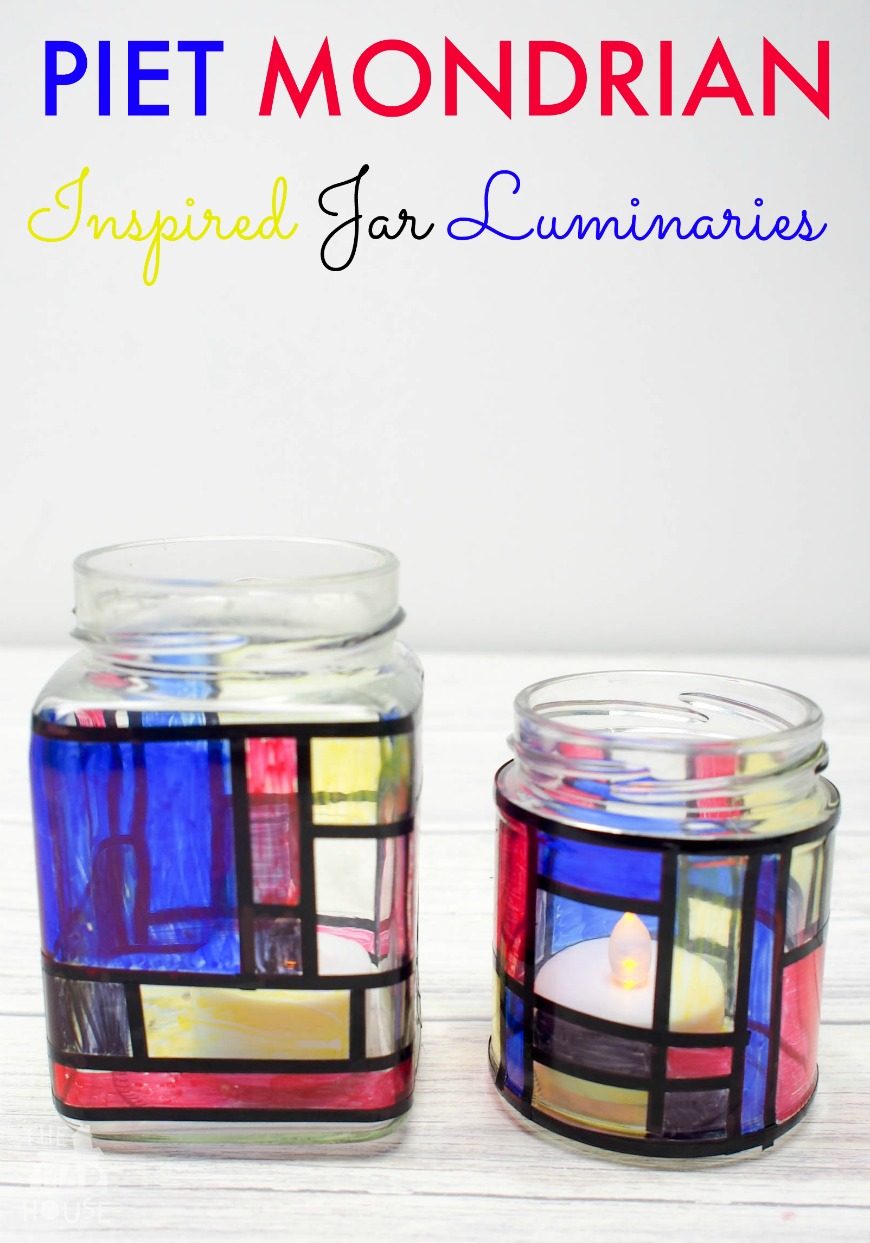