I have been wanting to show you a couple more of the things I have been doing with the mini’s this week, but it is so dark, photo’s are not the best. 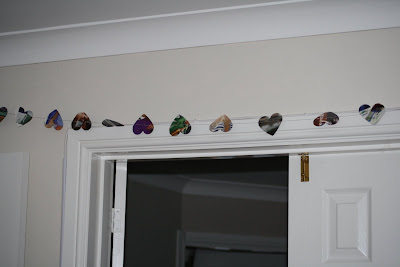 I don’t know about you, but it seems once Johnnie Boden gets a hold of your address, he sends you a million and one catalogues, STOP Johnnie, you must be single handed responsible for the decimation of the rain forest.  Plus the models are so smug with their little snippets of their lives.  I don’t want to know that Verity loves chocolate cake, especially when she looks about a size 2!  I can not bear to throw them in to the recycling, so we have started to punch them out with our paper punches and use them for craft. 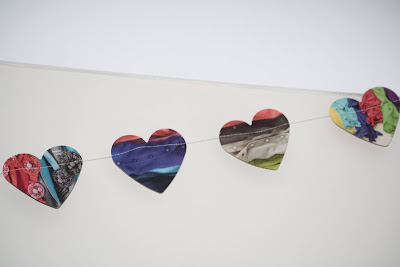 This week, Mini punched some out and Maxi and I sewed them together on the machine.  I was really impressed with Maxi, he did exactly as he was told, I fed them in and he did the rest. 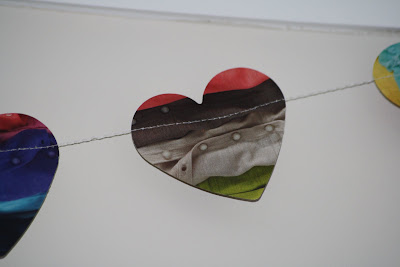 I think they look great 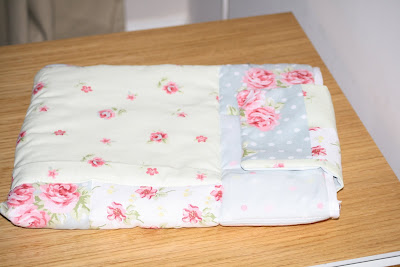 I have also made a couple of laptop pouches, out of necessity really.  My mum is going to Florida on Monday with my Brother and his family and she is taking her laptop with her, but doesn’t want to take her case.  So I Said I would have a go at making a padded bag for it.
I ended up making three, the first one was far too short (but it fits MadDads, although a wee bit girly for him!!) 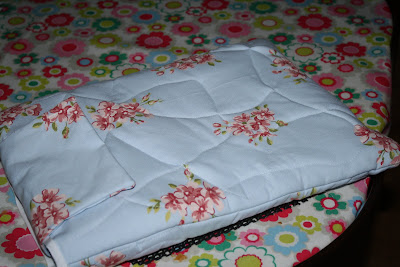 The second one (above, with my laptop in) was too thin!  But the last one was perfect.  I did get a photo as mum nabbed it straight away.  it is the same as the blue one, but found with a lovely Burgundy bias Binding.
This is my fist attempt at quilting.  On the first one I just stitched in the ditch of the pattern and the second and third, I free hand stitched.
I was really proud of my efforts, especially, as my sewing machine was only £7.00 for eBay and doesn’t have a walking foot!!
A little update in mum for those who are interested.  On Monday she actually burnt the hand that wasn’t in the pot (she picked up a pan who’s handle had been over a gas), so has been here all week, with two unusable hands, which has been a challenge to say the least.
I took her back to the hospital yesterday and she now has a fibre glass pot, which doesn’t cover her hand on the left and the burns had healed sufficiently to be allowed to air.  So she is home.  I will be going at the weekend to do her packing etc for the holiday and my brother is collecting a fit to fly letter from the consultant today.