Skip to content
Home » parenting » A Mum’s Guide to Minecraft 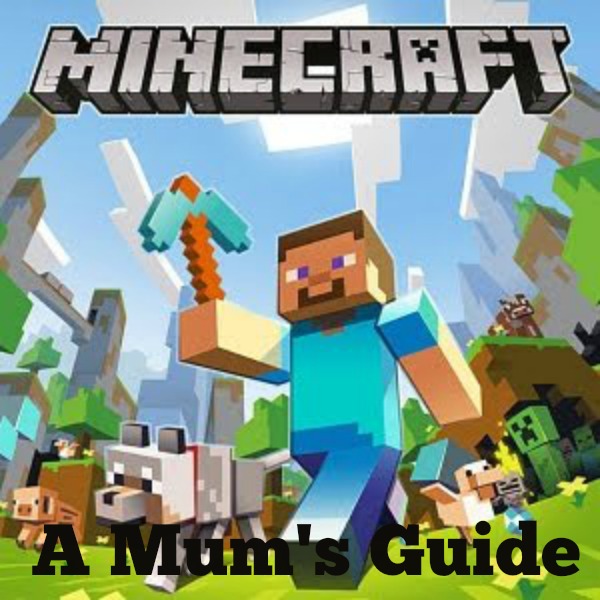 It is an online game designed by Notch (a.k.a. Markus Persson) founder of Mojang, the company that developed Minecraft.

The game is available on a variety of platforms (iPad, iPhone, Mac, PC although my boys play it on Xbox 360).

To put it very simply minecraft is like LEGO online, but without any blocks to get under your feet!

In Minecraft you play Steve and you build your world out of blocks.  Steve’s world can be a dangerous place, especially at night. That’s when the baddies come out. But, he also can encounter them at anytime underground. Animals roam the land, some friendly. Some can be tamed or even ridden. Neighboring villagers keep to themselves but are willing to make trades.

To survive, you must build yourself a shelter and begin to gather food. Everything around you can become a resource. Hacking at trees gets you wood, digging up the ground gets you stone, etc. Gathering plants or killing animals will give you food and other resources.

You can then use those resources to make building materials. With time and some effort, you can also craft objects by combining resources in a furnace or at a craft table. There are lot of recipes for making weapons, armor, food, etc. My boys use this Crafting Guide. 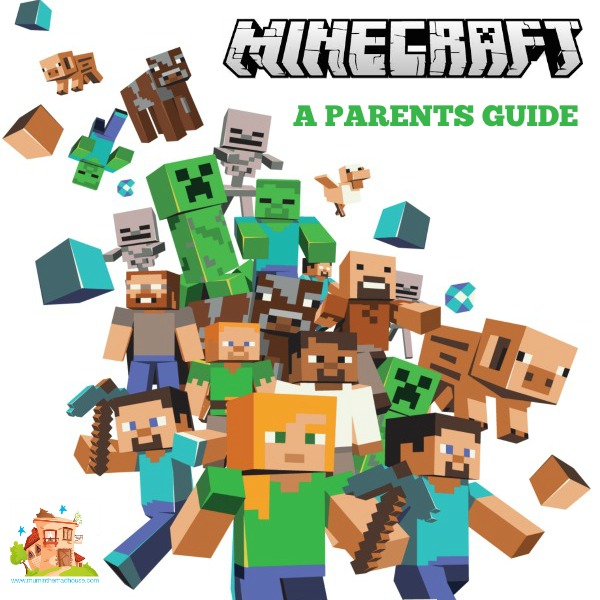 The Different Modes of Play in Minecraft

Mob – Can be hostile, docile, neutral or allied.  Hostile mobs are in very simple terms a baddie such as a creeper, zombie, skeleton, spider, Enderman and wither skelton.

The Nether – is a world that has blazes, zombie pigmen, glowstone fire and the ender temple.

The End – a planet that you can dig through and it is the other way you can die on creative mode.

Butter – is gold and you make things with it

Emerald – is the hardest thing to mine, you make things with it. 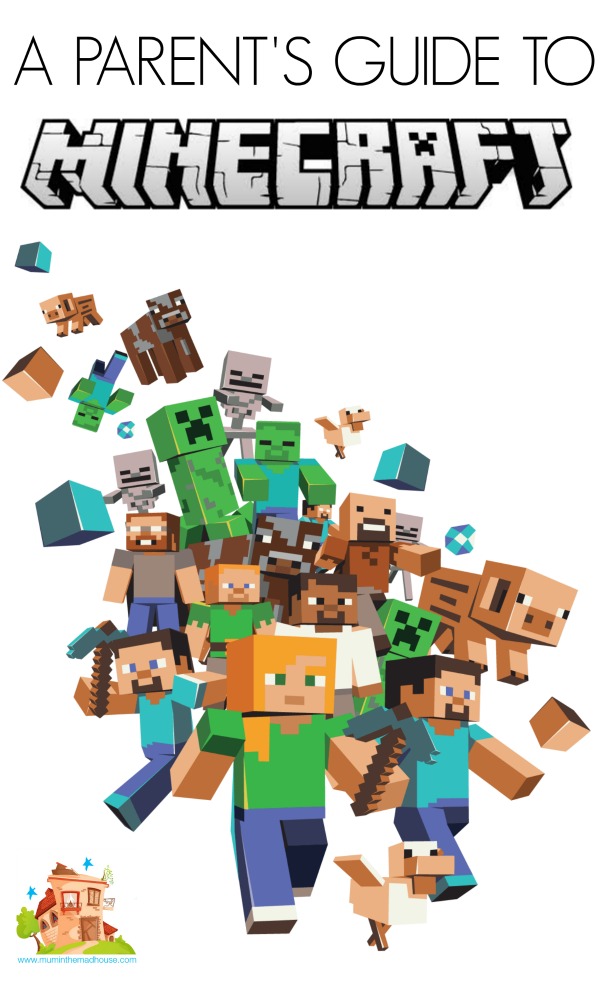 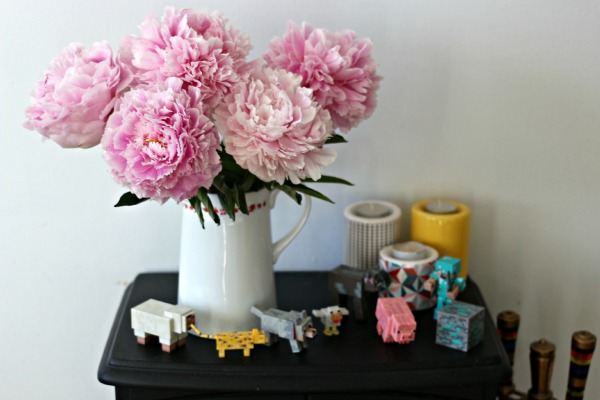 The Minecraft action figures as they were left on my fireplace!

(£19.99) to test and THEY LOVE THEM and you know what, so do I.  It encourages small world play, they can build minecraft worlds with their lego bricks and play with the action figures, which is great.

At £7.99 and £19.99 it bring them in to pocket money saving range and also the perfect price for birthday gifts.

Diamond Steve is 7cm tall and fully articulated.  He comes with diamond armour and a sword. Now for the minecraft speak Diamond armour is the most durable with an 8.33 defence point per diamond and can be repaired.

Now for the animals, I love the animals.  Again they are fully articulated and you get a  Cow, Chicken, Pig, Sheep, Tamed Wolf, Ocelot. For ages 6 years and over.

32 thoughts on “A Mum’s Guide to Minecraft”