Do you love a good Twitter Party?  You know we do and we’re excited to co-host a party about taking care of your baby’s skin as well as their clothes.  On Tuesday 26th August at 1pm BST, please join us for the #Mums4Tommys Twitter Party where we’ll be discussing how laundry detergent and fabric softener is an important choice for your baby, and giving you a chance to win prizes! 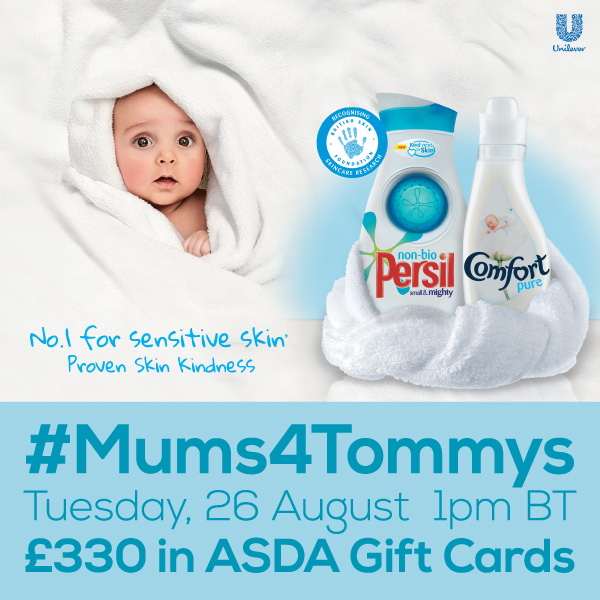 With two boys who have sensitive skins and me who well seems to have issues with most things I put near or on my skin, I try and make sure that I stick to non bio and a good fabric conditioner.  Maxi suffered really badly from eczema until he turned four and we managed to control it by finding out what his triggers were

Fabric detergent such as Persil Non Bio, together with Comfort Pure fabric softener can ensure that your clothes are clean, soft and fresh, at the same time as preventing irritation to baby’s skin. So I am delighted to be co-hosting the #Mums4Tommys Twitter Party on SoFabChats supporting Tommy’s baby charity.

Join me and RSVP for the #Mums4Tommys Twitter Party on SoFabChats!

How To Participate In A Twitter Party on SoFabChats!