I am not one for talking politics, but I was sat in the car listening to Jane Garvey on Radio 2 (much better than Jeremy Vine incidentally) discussing what people thought of Margaret Thatcher last week and it really got me thinking.  I understand that she polarised public opinion and there is a real North South divide when it comes to her and the politics of the era in question.    In some ways it wasn’t a North South divide, but a class gap, which even shows in my home and the opinion MadDad and me have of The Thatcher Years. 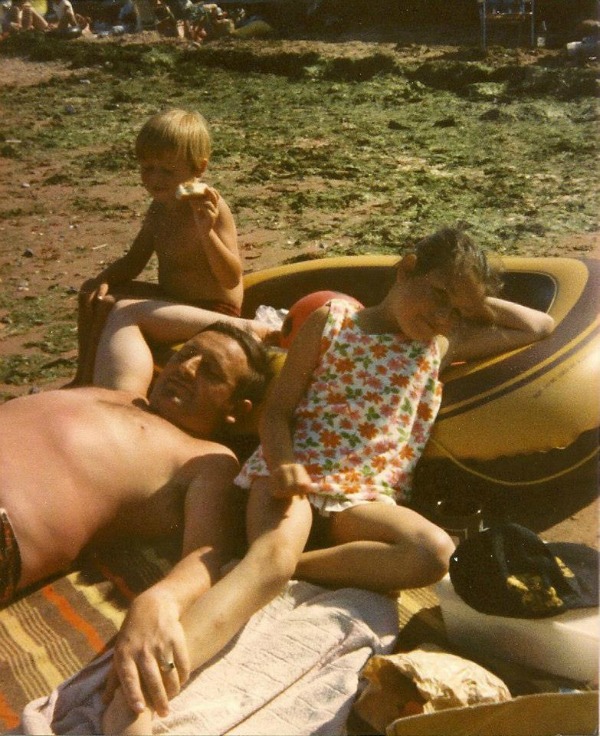 I am a child of the eighties, I was born in the early seventies and lived on the North East coast with my Mum, Dad and Grandad.  My Dad and Grandad both worked in the shipyards.  Both were in management positions and my Mum was a SAHM.  My Dad had gone to Grammar school and college and apprenticed at the “Dock” in the Engineering department.  My Grandad was a blacksmith and had worked there from leaving school at 14, so you could say that shipbuilding ran in my blood.  All the other males in the family either worked at the Docks, the steel yard or the chemical works.  I grew up in Teesside an area of heavy industry born from iron and built of steel.

My parents were the first in their family to buy there own house and we lived a relatively good life.  As a family there was two incomes coming in to the house and my mum was a stay at home mum from when I was born, so we never really wanted for anything.  We ate well, had great holidays and life was fab.  I remember riding my bike after school to meet my Dad on the way home from work.  We would get half way and he would stop the car and put the bikes in the back and go home together for a meal that my mum had cooked.  We spent many a summer evening on my Granddad’s allotment where he grew vegetables cutting flowers and kept chickens   We would often build dens in the nearby nature reserve.  Life was uncomplicated.  My Dad was often to be found in the garage repairing car’s for friends or doing up one to sell for some extra cash.

I remember homemade clothes, family get togethers and riding my bike everywhere.  I remember having to be home for 4.30pm for dinner as Dad and Granddad got home at 4.15 and a meal was on the table at 4.30 every night.  There was band practice twice a week and my Dad got his license so he could drive the Band Bus on a weekend to cpmpetitions.  I remember sitting with my tape recording in the bedroom I shared with my brother taping songs off the radio trying to pause it before the presenter spoke, so that I could make mix tapes for the weekends journeys on the bus.

I went to a good primary school and an even better senior school and my Mum became a School Crossing Warden or LollyPop lady.  We walked to school on our own from about seven years old and could often be found in the park after school fishing for guppies in the beck, carrying on at the golf links, crabbing at the boating lake or messing around on the beach. 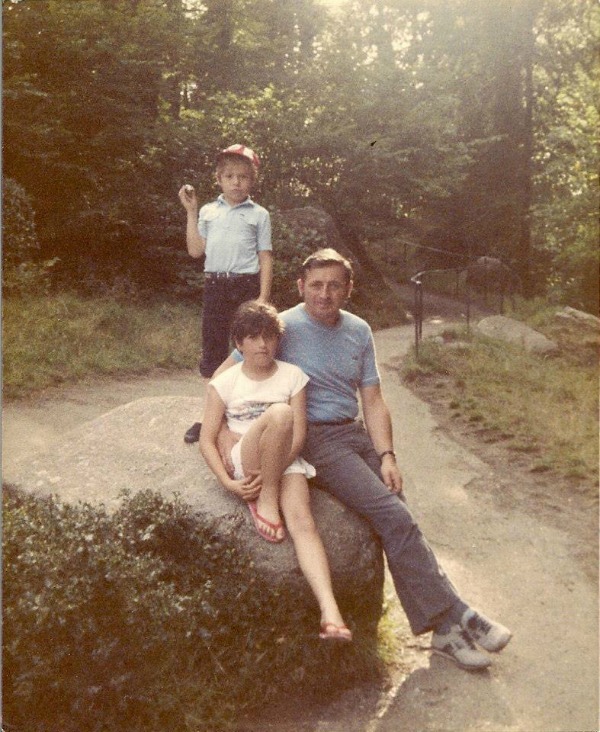 Then things changed.  My parents tried hard to hide it from us, but it soon got out that the Shipyard was to be closed and thousands of men were to lose their jobs.  Their livelihoods gone, just like that.   Yes there was to be a decent redundancy package, but there were clauses about not being able to work for any other Shipyard for a set amount of time.  These things I didn’t realise at the time.  It was as though someone had ripped out my Grandpa’s heart.  Both my Dad and GrandDad had long service awards.  I remember my Dad going out looking for work.  I remember him traveling 60 miles each way everyday for work at Sunderland.  I remember the hushed conversations about tax and making sure the mortgage got paid.  I remember my Dad telling my mum that he wasn’t too proud to do any work, but he was not going to sign on.  He never had and he never would.  I remember the mornings that my Mum got up at 5.30 am to go and clean the local British Legion Club before coming home to get our breakfast before school.

My Senior School “merged” with another “not so good” school, but in reality, my school closed and the other school remained open crammed to the gills.   I went from loving school to hating school in one foul swoop and became rebellious.

You know what, my Dad was one of the lucky ones.  He eventually got full time permanent employment, but not in his field.  Not doing what he trained all those years for and in an industry and position that eventually killed him (he died in an Industrial Accident in 2000).  Many people were out of work for years.  Families torn apart and lives shattered.  It is hard to find employment when the jobs do not exist.

As a family we survived, we didn’t thrive like some people.  But we were lucky, we had the allotment, which meant that we had lots of fresh veg   My Dad repaired the fishermans tractors and boats in exchange for fish  and seafood and my mum was an amazingly thrifty and resourceful woman.

Love her or hate her, Thatcher stirred things up in the UK.  She was the first female prime minister in the UK and that is something to be proud of.  Growing up I never thought it was odd to have a female in this position it just seemed like the normal thing to me and for that I am grateful.

So that is my Thatcher years.  What are yours?

14 thoughts on “My Thatcher Years”