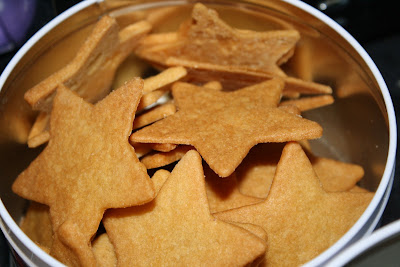 I know that I am not alone in this as The Dotterel at Bringing Up Charlie blogged about it too.  I HATE CHRISTMAS CARDS.
Yep, I shouted.  It possibly stems from the fact I am a Christmas baby and I would rather have my measly few birthday cards up instead of Christmas cards. This issue with cards has grown year on year, especially as I have to write most of them. 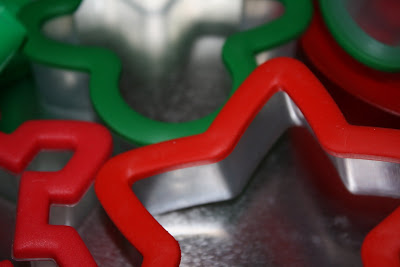 It was fine when I worked, I would send out an e-mail saying Merry Christmas and that we wouldn’t be sending out cards, but donating to the NSPCC instead.  MadDad still does this with his work colleagues now. 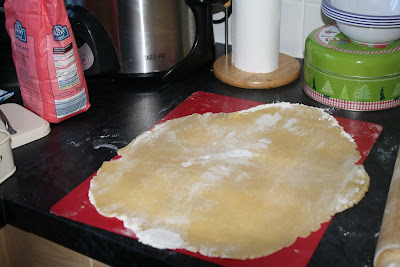 But it seems that sending cards at school is a big thing, both Mini and MaxIiMad have brought home masses of cards.  Now not only do I have anywhere to put them, but the boys cant read who they are from anyway and show no interest in sending any of their own. 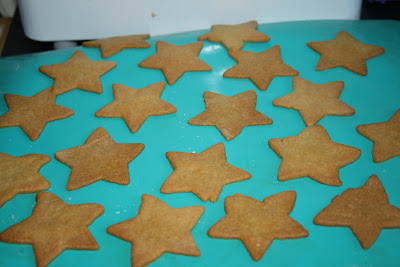 So, we decided, well I decided and they had to go along with me, that we would make cookies for the teachers to hand out instead of cards.
Ingredients
Cream butter and sugar together and then add the rest, this will make a very loose dough.  You can either pop in the fridge for an hour and then roll and use cookie cutters or use soft by spooning on to the tray. 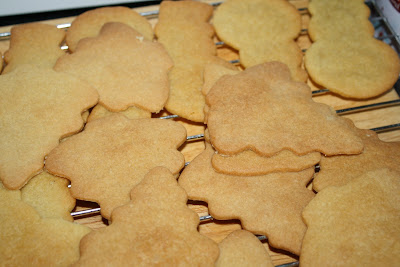 Bake at 180 degrees for approx 7 minutes or the cookies are golden.  They will seem quite soft, but as soon as they cool they are hard and crispy. 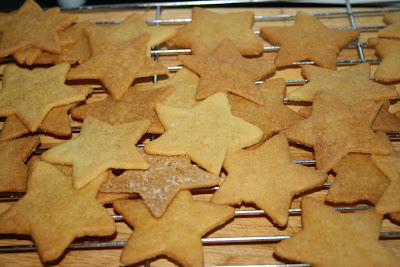 They went down a treat, now to convert the rest of the world that we do not need Christmas cards. 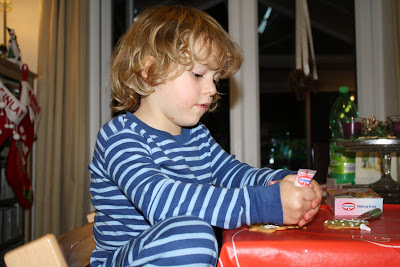 You could also decorate them too, I bought some coloured writing icing in tubes a while ago in Aldi and the boys and MadDad spent one evening this week decorating some too. 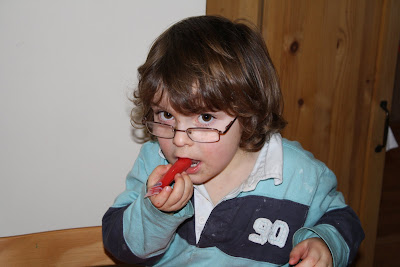 The boys had a lovely time, yes most of the icing went straight in to their mouths, but it is Christmas after all! 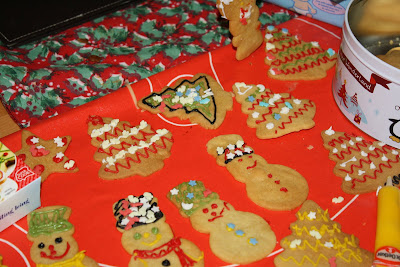