The boys have gone to school today decked out in red, white and blue clothes (right down to their underwear) to celebrate the royal wedding tomorrow.  The school is hosting a party for all the children and parents this afternoon and sent our a request for food for the party.  So as we had been sent lots of things for baking over the Easter Holidays by Kellogg’s and Club Penguin, which we hadn’t used as we were making the most of the fine weather, we decided to make patriotic Club Penguin Rice Krispy Puffle nests. 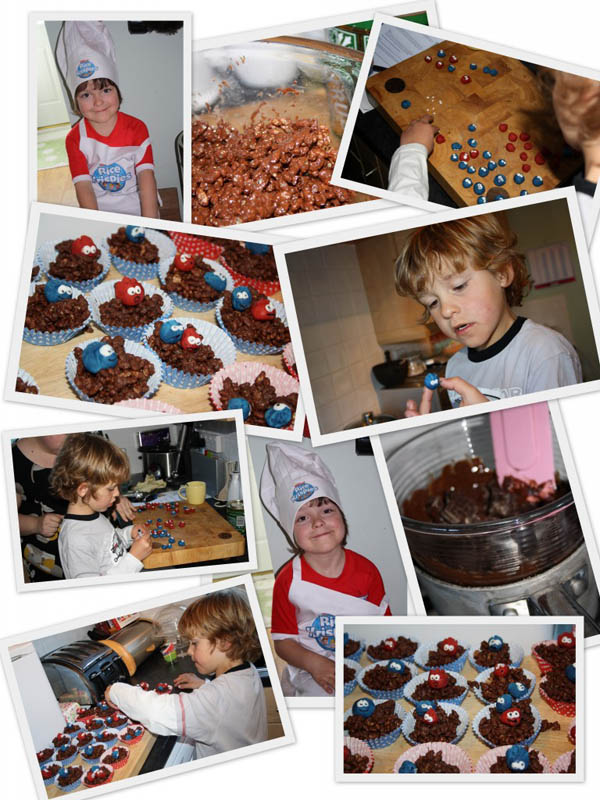 They are super simple to make and the boys had so much fun doing them.  So I thought I would share them here with you.

Melt the chocolate and add the golden syrup, add to the rice krispies and stir.  Split in to cake cases, making a small dimple in the top for the puffles and leave to set.
Take coloured icing and roll into balls, using scissors cut in to the tops to make hair.
Roll out tiny white icing balls for the ices, which you can stick on using a small amount of water added to the puffle with a paint brush.
Then finish them off by adding pupils and a smile with the black icing pen.  We also added chocked mouths as they were going to get eaten.
Then add the puffles to their nests. 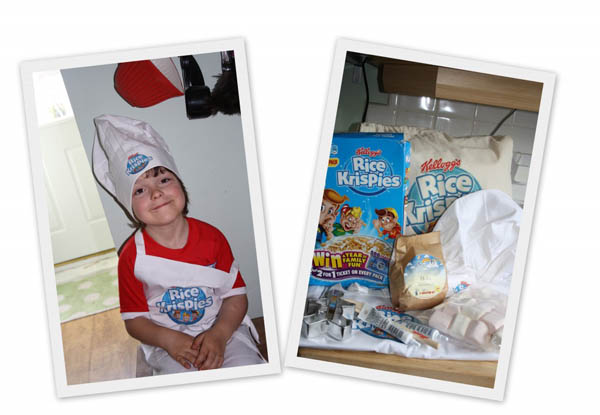 I have a fantastic baking set to giveaway courtesy of Kellogg’s, which includes, Rice Krispies, Marshmallows, Two children’s aprons, a chief hat (as modelled by Mini), a spoon, icing and dolly mixture to give away.

All you need to do is leave me a comment below and I will draw a winner on  Tuesday using a random number generator.  Good luck everyone

Disclaimer: For the purpose of this post we were supplied with baking equipment and ingredients by Kellogg’s and Disney Club Penguin.