We have a thing for Pom Poms and have made lots of things with them preciously including pom pom bunting.  However, with Easter on the way we decided to try our hand at Pom Pom Bunnies and Pom Pom Chicks.  It was also the ideal opportunity to let Maxi lose with the glue gun. 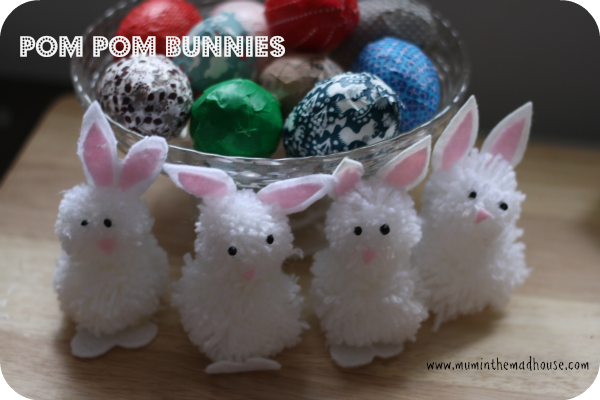 There is a super tutorial at maedchenmitherz. 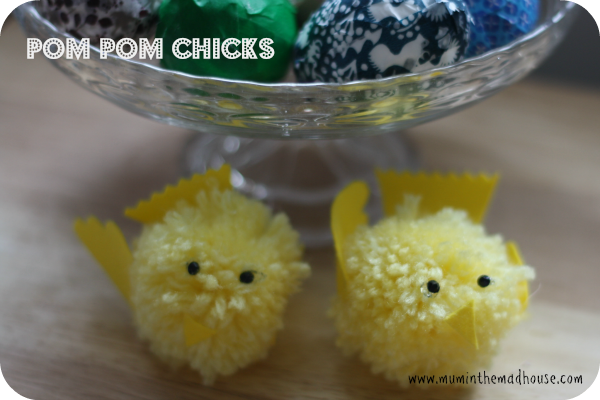 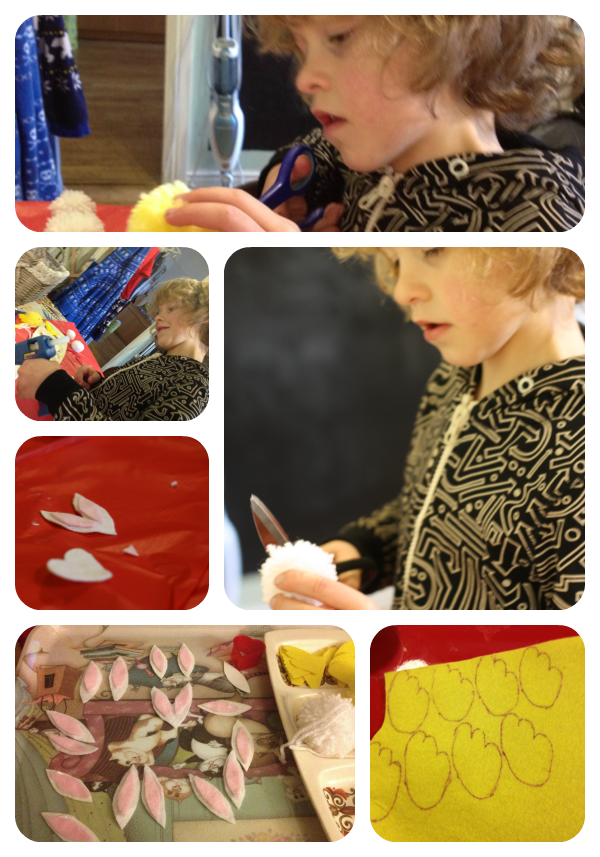 We have also been making pom pom bunny bunting over on A Thrifty Mum. 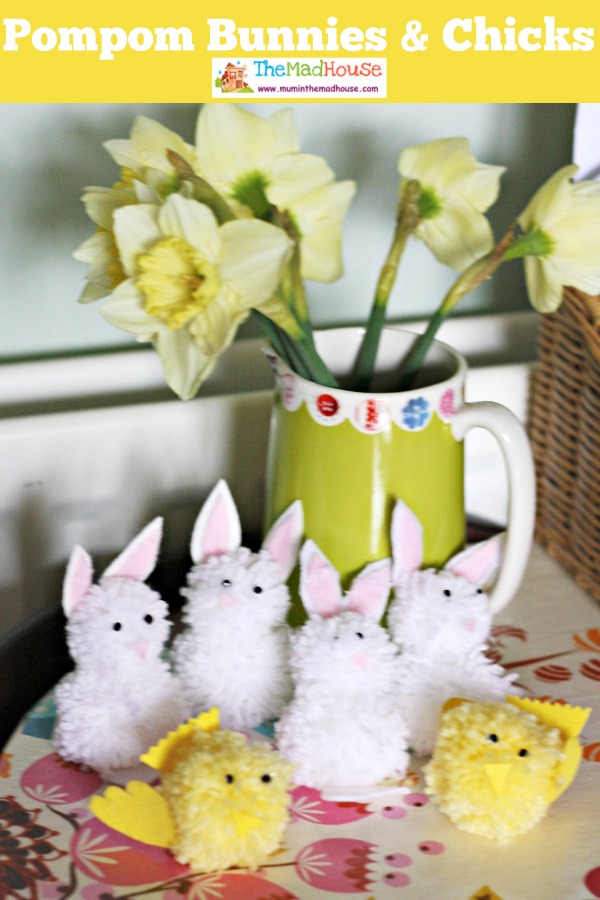 One thought on “Pom Pom Bunnies and Chicks”