Skip to content
Home » parenting » Would you put a tracking app on a loved ones phone?

At eight and nine, my boys do not have mobile phones.  I want to hold off on them getting them for as long as possible.  But if they had mobile phones would I put a tracking app on them and use it as a parenting tool?  I have to admit my first reaction is hell yes!

What got me thinking about this, well Folr, is a location-tracking application which offers real-time information on the whereabouts of the device it is installed on from kids, elderly parents (with consent of course) or anyone who agrees to be tracked, quickly and easily. 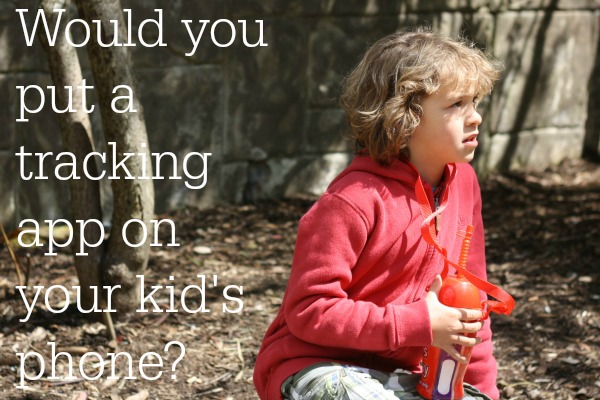 You install it on any mobile device (smartphone or tablet) and it unobtrusively updates you on the locations of those devices.

Interestingly Folr unique in location-sharing as it gives user complete autonomy over when there are tracked or if they are tracked at all. Folr is available via itunes or Google Play

This caused quite a discussion when I mentioned it on facebook:

Emma from Emma and 3 “No chance. trust and communication is what’s needed not spying and secret stuff I wouldn’t use a tracking app as hopefully I have children that I can talk to without resorting to this.   I think it’s invading their personal space and privacy.

Laura from Kneadwhine ” I could see the benefit for a child but it really doesn’t show all that much trust in a relationship.”

Kara from Chelsea Mamma We have the find my phone app on the iPhones which has been really handy for locating misplaced phones and teens that don’t answer them and don’t think about phoning mum to say they’ll be late home from school!

Emma from The Mini’ Mes and Me “I have the ‘Find My Phone’ app and it’s really useful when misplaced (quite regularly). I don’t think it invades privacy as long as it is used as a last resort/emergencies or for lost/stolen handsets. I wouldn’t use it to stalk the family as that is completely unnecessary!

Anna from In the playroom  “I don’t see anything wrong with it if the person knows it’s on their phone and agrees to it. Me and my other half had it on each other’s phones but it’s not working since I changed phone and I’ve not got round to sorting it. It’s nothing to do with trust but it was quite convenient eg if he’s driving he won’t answer the phone but the app would show me is he nearly home or not. Now because mine doesn’t work he normally sends me the journey tracker from waze instead when he sets off, only when he’s coming late and I would need to know the time etc”

Kelly  from DomesticGoddesque  Absolutely, if I felt I needed to: when The Girls travel to school on their own for example. I have a friend who can track her husband and she often calls him out for going to the pub after work instead of coming home!”

Polly from The Enchanted Pixie “I think it’s better to have a relationship where you trust each other and can talk then have to use an app.”

Anthea from Blue Bear Wood “Absolutely yes! It wouldn’t be done sneakily and I would explain why it was there. For me it would be about safety and not to do with invading their privacy especially in the young teenage years. Any small possibility of trying to track a missing child is better than nothing.”

Emma Bradley £But that’s the thing Anthea I wouldn’t let a young child have a phone so it’s not a missing child thing for me. for example my 10 yr old goes off with his friends for a couple of hours but doesn’t take iPod as I think that actually makes him a target”

Marianne  from Mari’s World “No, I wouldn’t. I too believe in trust and communication. It sounds a bit too Big Brother”

Annie from Maneskur “No, not I. Looking at the kids angle, having been a sneaky kid myself I would worry that apart from the possible lack of trust issues it may throw up it could also encourage a child to leave their phone at home to avoid being tracked – and that could cause more problems than it solved.”

Suzanne from 3 Children and It “No I don’t think I would – certainly not a partner! And as for children, I do believe that if they’re old enough to be trusted with a phone then we have to give them some rope and show them that we trust them enough to give some freedom. How will they learn to make good decisions for themselves unless they sometime suffer consequences of bad ones?”

Emma from The Syders “I have never done it but my Friend has because her 14 yr old daughter kept sneaking off into London from Essex and was strolling home really late in the evenings. At first they didn’t know where she was going but once the tracker was in her phone they would know what train station she was travelling to and they started turning up. It baffled the teen how her parents knew where she was. It was a very useful tool for them in establishing what was going on with their teenage daughter x” 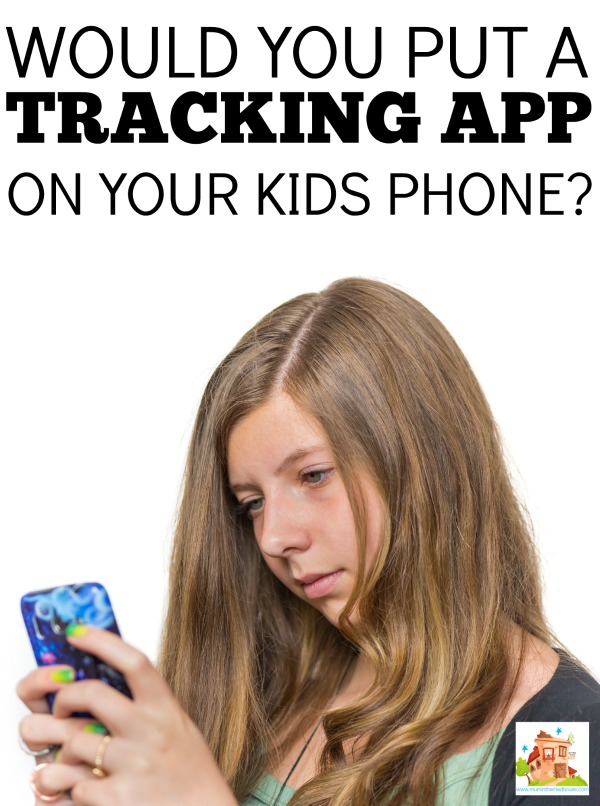 Interestingly I decided to discuss it with my boys and they were pretty unphased by me having anything such as Folr on their ipods.  They said that they always tell me where they are going and they don’t take them out with them anyway! 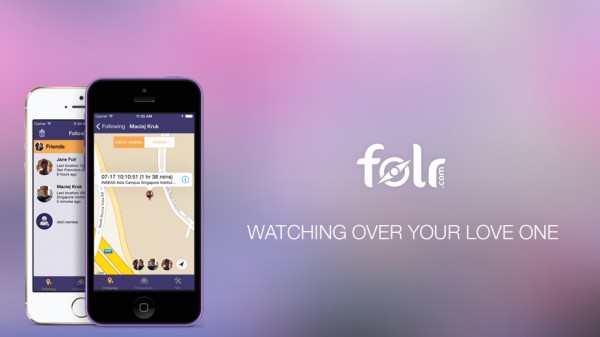 After discussing it with the Husbeast we decided that we would rather put our trust in our children to keep us informed about where they are going and that they will come back when they were told too! He decided that it would be implying that the possibility of something really bad happening is very real. It also sends a message that we don’t trust them. A tracker is no substitute for real parenting. Plus I live in a small village where tracking is already a “free service” done the neighbours!

But, if I had a child with autism who was a wanderer then I might have a different opinion.

Also as I said in the beginning my boys are only eight and nine and never say never!

18 thoughts on “Would you put a tracking app on a loved ones phone?”