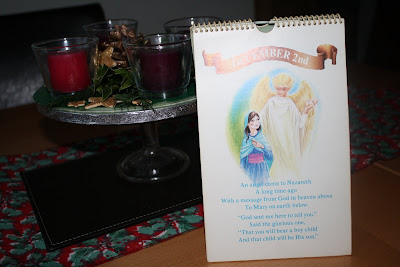 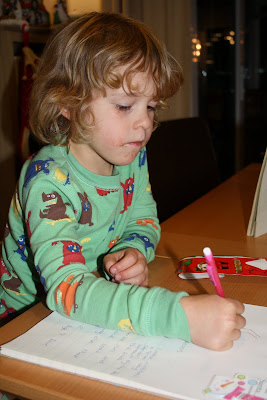 The first task on the advent calender was to write a letter to Father Christmas.  Both boys took this very seriously, but only want the same things.  A box of Maltesers and a marble run!! 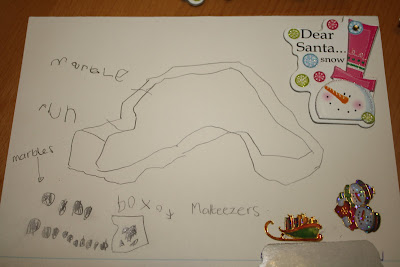 MaxiMad decided to draw what he wanted 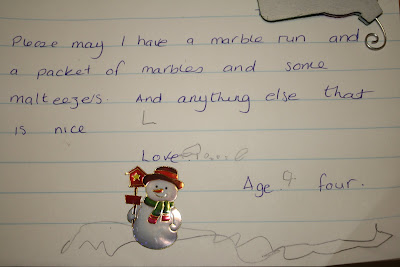 I wrote MiniMads letter for him – he basically dictated it to me and then he put lots of stickers on it. 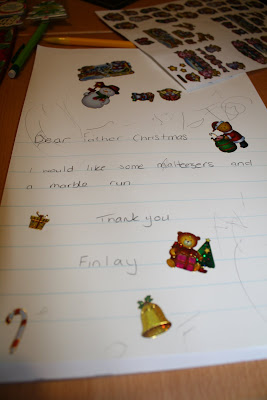 Then we wrote out the envelopes.  Royal Mail will respond to as many letter as possible. 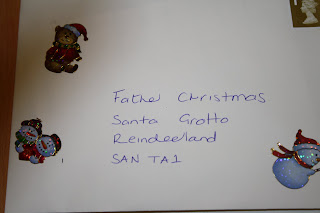 Last year I also did the Portable North Pole personalised video message for both the boys and will be doing it again this year.  Tara from Sticky Fingers posted about it yesterday and reminded me.  MaxiMad was open mouthed at it last year, I only hope that he and MiniMad enjoy it as much this year.