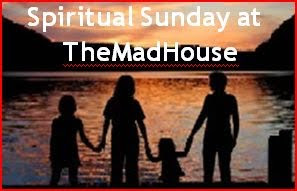 There is no trouble so great or grave that is can not be diminished by a nice cup of tea
Bernard-Paul Heroux
Sometimes there is no words or actions that can make a week any better than it was, this week just gone was one of them.  Mum broke her arm and mini mad has discovered a rage inside, which has started to cause issues at preschool.  I have felt pulled in every which way.
My mum is OK, sore and in a pot from fingertips to elbow and a sling, but she can still go on holiday to Florida with my brother next week and once she was all cleaned up and deal t with by the NHS all she wanted was a cup of tea.
Mini, well that it a different matter, his newly discovered temper is getting the better of him and has shown an appearance twice at Preschool this week.  Myself and the preschool staff are working on mini’s issue, but a nice pot of tea did help to put things in perspective for me.
I think a lot of it is in the act of making a pot of tea for me, the warming of the pot, the spooning of the leaves, the allowing to brew, the anticipation and then the 10 minutes alone in the kitchen to drink it.  Both the boys know that if I ask for a cup of tea in peace that I mean it now.  It gives me time to breath, to reflect and to put things in to perspective.
We have a Sunday of visiting today, I hope you have a good Sunday too.