This is a paid collaboration in association with Subway UK & Ireland. Did you know that American Football is the fastest growing sport in the UK? I certainly didn’t. That was until I started researching it after being invited to the Leeds regional NFL Flag tournament sponsored by Subway™.  I had a fabulous afternoon watching four schools battle it out for their chance to be part of the National tournament. 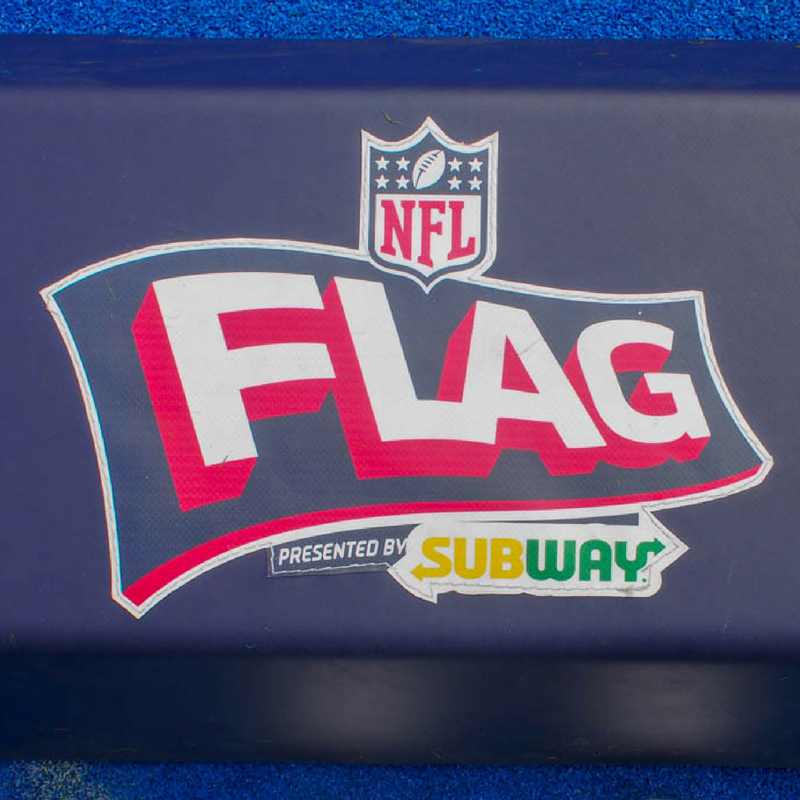 So what is NFL Flag?

I am going to admit that American Football baffles me, but it is great fun to watch and having watched it when MadDad and I visited Boston I was unsure how the game would translate to non-contact and also for children under 12. Essentially it is a non-contact version of American football and you can find a full explanation of how to play the game here. 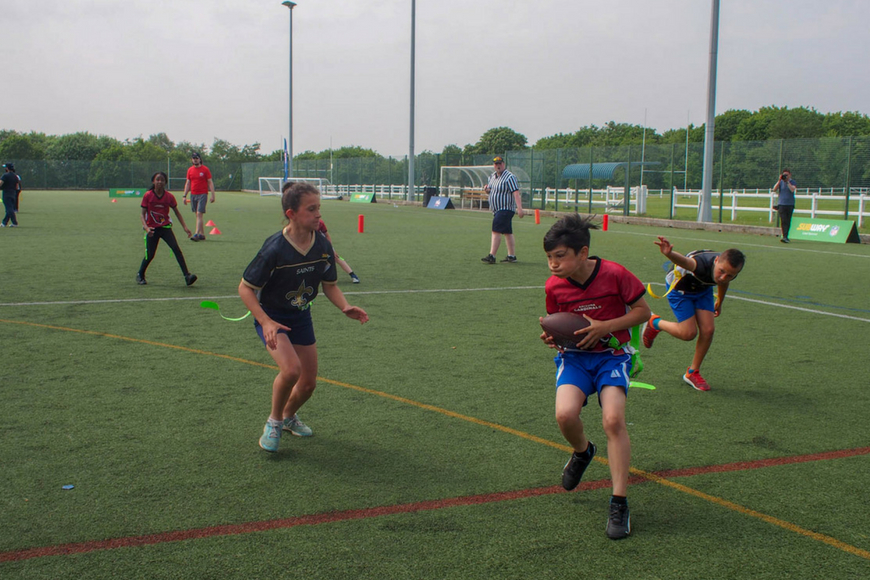 Why NFL Flag is great for Kids

What I loved about NFL Flag was that it is an inclusive game, even encouraging classic non-sporty children to get involved.  The teams are mixed sex and it was great to see girls being integral parts of the teams (which was definitely helped by the fact that they are often taller than boys at this age). Also being part of the team doesn’t depend on your speed or ability to throw or catch a ball.  An NFL Flag Football team needs blockers, defenders, strategists, in addition to great ball throwers and catchers. 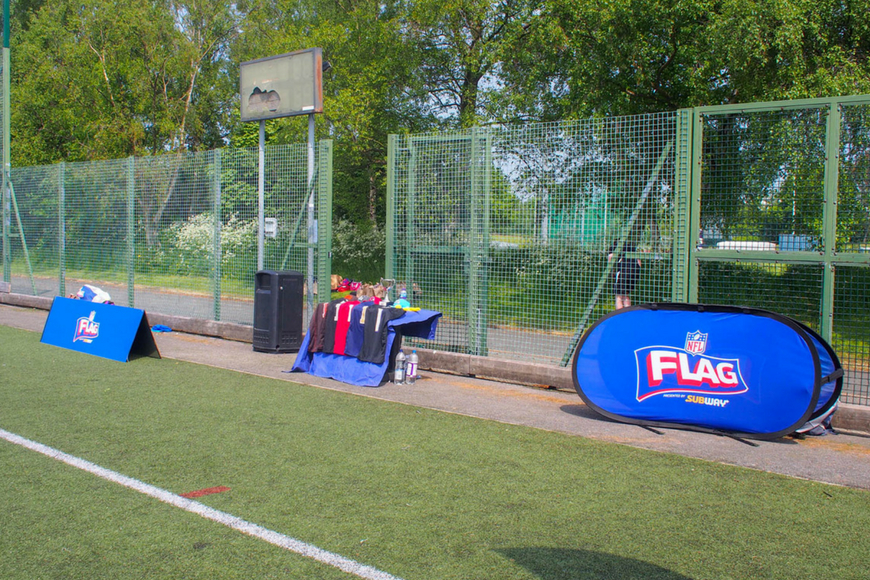 What do you need to play?

All you really need is some open flat ground, an American football and some flags, but don’t worry if you don’t have them bibs tucked into shorts work well too. 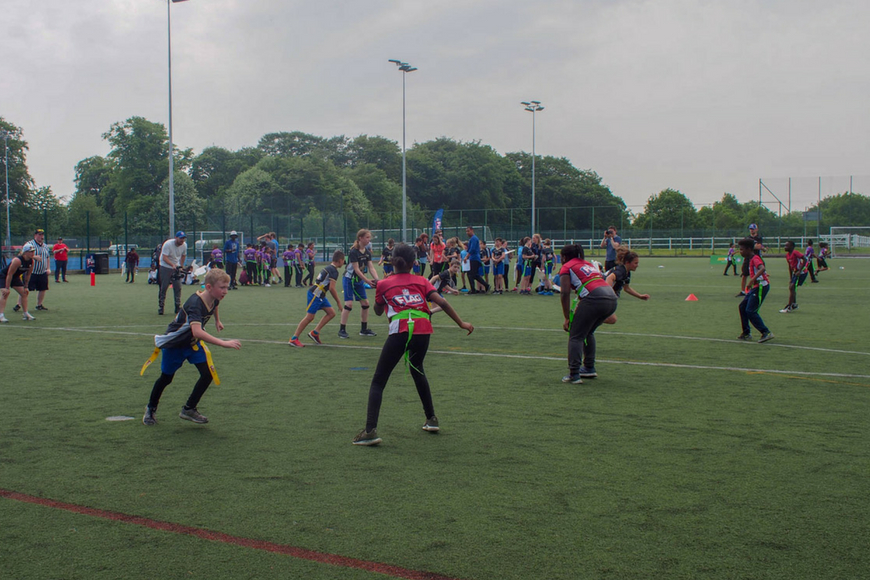 The reasons above are why grassroots American Football is on the rise in the UK. Subway™, who are the presenting partner of the NFL London Games and the official NFL Flag sponsor, have enabled the NFL Flag programme to deliver an inspiring (and free) 12-week flag curriculum programme into schools for children aged 9 to 12. They work with universities who already have an established American Football team to train up players to go in to local schools as NFL Ambassadors where they focus on the NFL core values of respect, integrity and responsibility  They develop the character of the children, improve their nutritional knowledge, teach them how to play NFL Flag and encourage them to be more active. The program culminates with a regional tournament which was what I attended today. 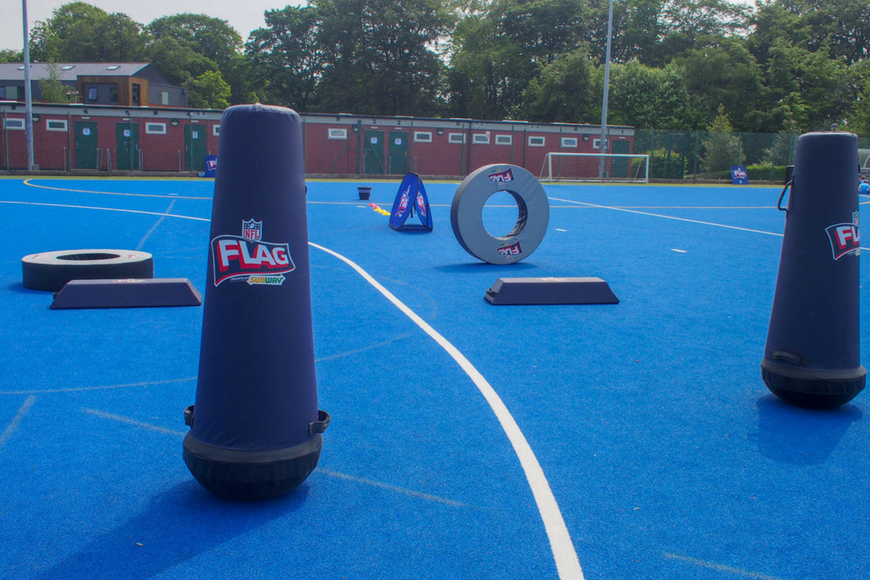 The children who were not actively playing in a team took part in an obstacle course with coaches and worked on their knowledge of nutrition, they developed cheers for the teams and also talked about what it takes to be a good team player.

How to get Involved?

NFL Flag presented by Subway™ currently operates in 8 cities throughout the UK with plans to expand to Scotland and the Republic of Ireland, so why not register your school’s interest here or send the link into your school so they can see what’s on offer.   They are also supporting schools to start the NFL Flag programme independently (without the coaches coming to the school). The free of charge support package includes: 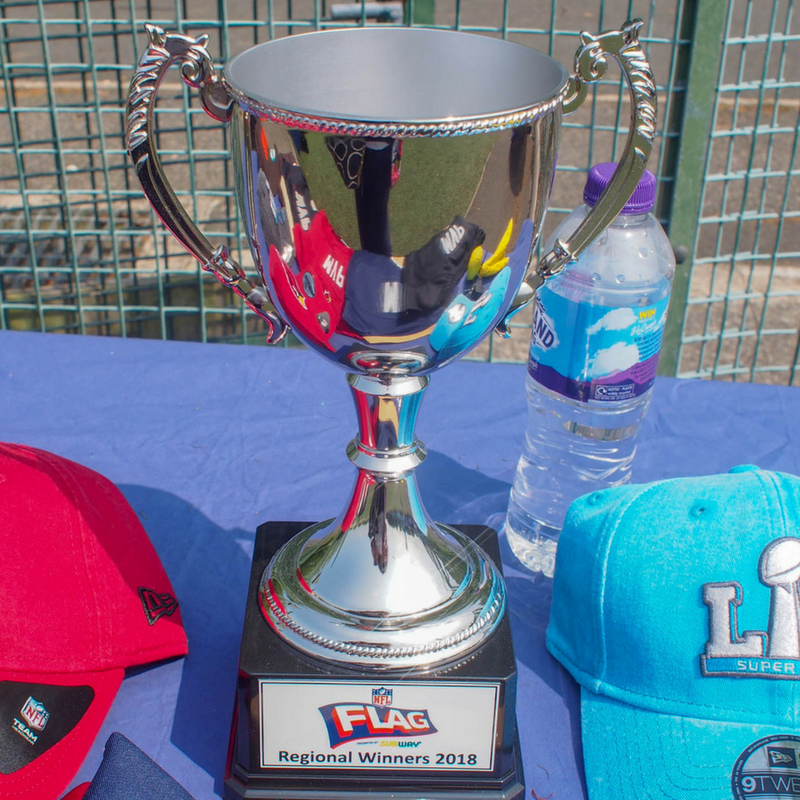 The atmosphere at the Leeds tournament was electric, with singing, chanting and lots of encouragement. It was a real joy to see. So thank you to Subway™ for inviting me. My boys are great Subway™ fans and they will have a themed NFL kids pack out in October, so keep your eyes peeled. 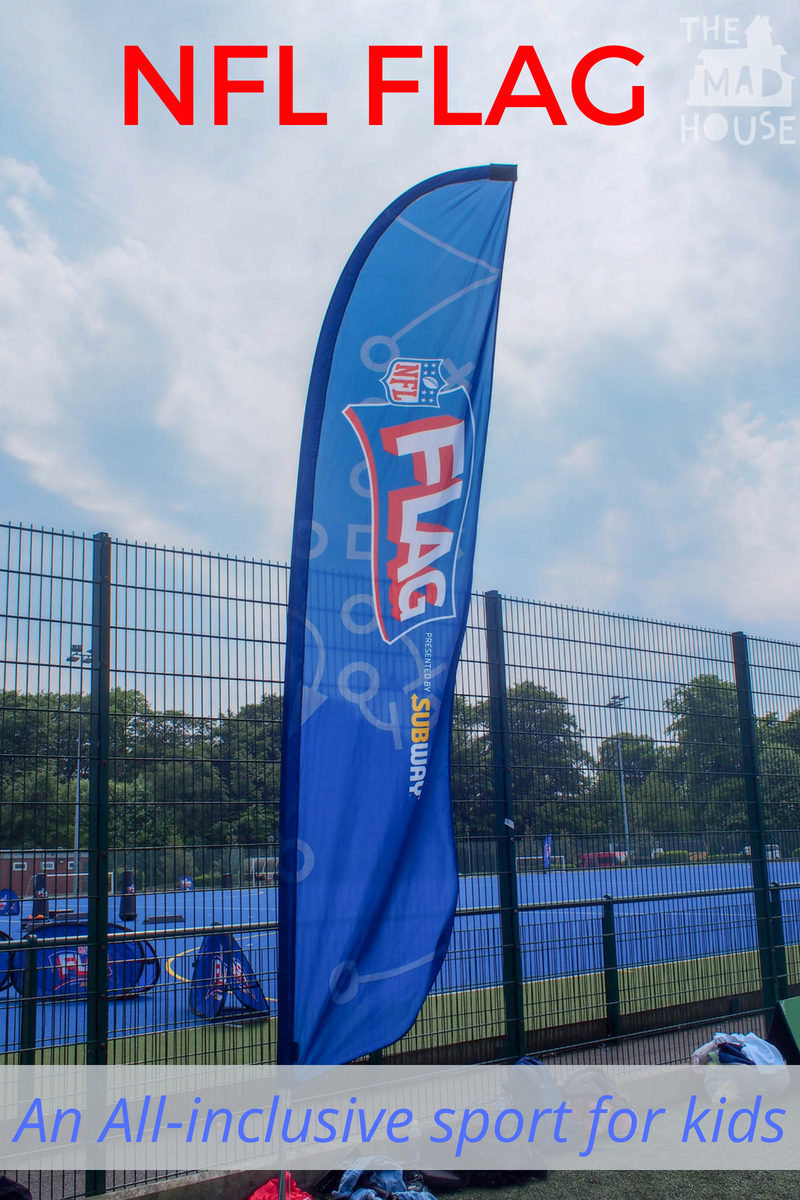 Disclosure: This is a paid for post in collaboration with Subway ™