The global popularity of composite decking reached record highs in 2022 – and things show no sign of letting up. On the contrary, research is predicting continued growth, with the international market estimated to reach 5.8 billion US dollars by 2027. Pretty clear then, that this contemporary board is here to stay – but how will it be used? 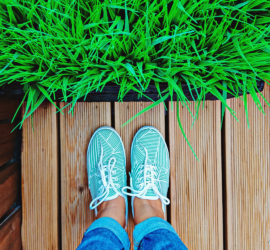 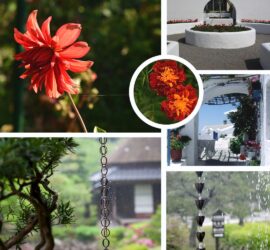 What do you think are going to be the top garden trends for 2023? It seems that our focus on our homes and gardens shows no slowing down. There are so many places to look for inspiration for our indoor and outdoor space and having lived through the pandemic more and more of us see the benefits of outdoor living and enhancing our outdoor space.

If you’re looking for a new and interesting hobby, consider gardening. Gardening is a great way to get outside, get some fresh air, and relax. It’s also a great way to improve your home décor. There are many different types of plants that can be used in gardening, and each has its unique benefits. 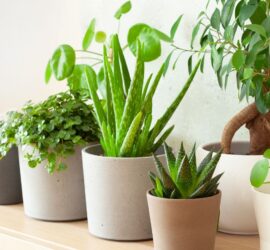 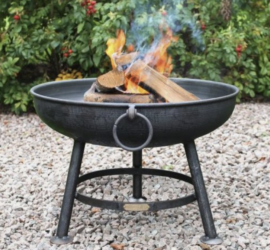 Do you miss your garden during the late autumn and winter? Do you eagerly anticipate the arrival of spring, watching the weather report for that hopeful area of high pressure that promises long warm days that are perfect for gardening, barbecues and other outdoor recreation? Why not retro-fit your garden so that you can comfortably enjoy spending time outside all year round?

If this year has shown us anything it is that our garden is an essential part of our home and that we need to use it all year round. It has become the place to meet and spend time with people not in your household. So we really have to start making the most of our garden and treat it as another room in the house and I think that is what is driving the top garden trends for 2021. 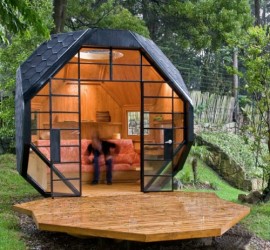 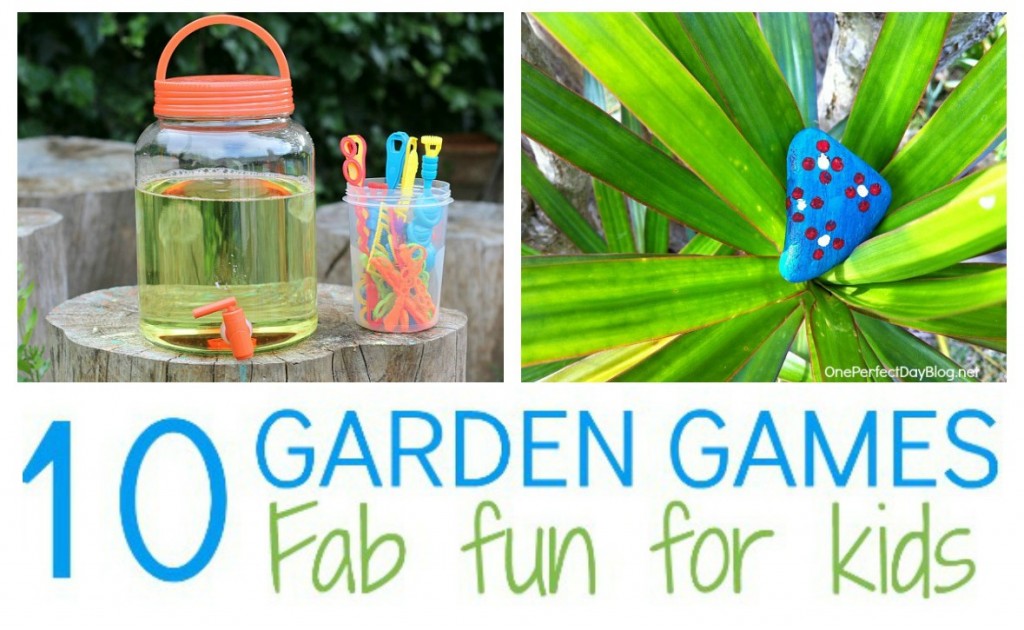 Do you have a garden or a yard?  We have a back garden, which eight years ago was just mud and stones as this house was a new build when we moved in to it.  We really love having a garden, we grow plants in it, eat in it over the summer and it is a fab place for the boys to play (mostly football at the moment).

Gardens are a great addition to the home; they allow kids to enjoy the outdoors and get valuable fresh air without being exposed to the dangers of the outside world. They are also a great way to introduce kids to the world of nature and perhaps even horticulture. Gardens however can be a dangerous place for kids if the right precautions are not taken. From the dangers of falling into ponds to harmful and poisonous plants there are many potential perils lurking in the garden environment. Here are some helpful tips to ensure your kids can enjoy your outside space without succumbing to any harm. Keep them from wandering off Firstly END_OF_DOCUMENT_TOKEN_TO_BE_REPLACED 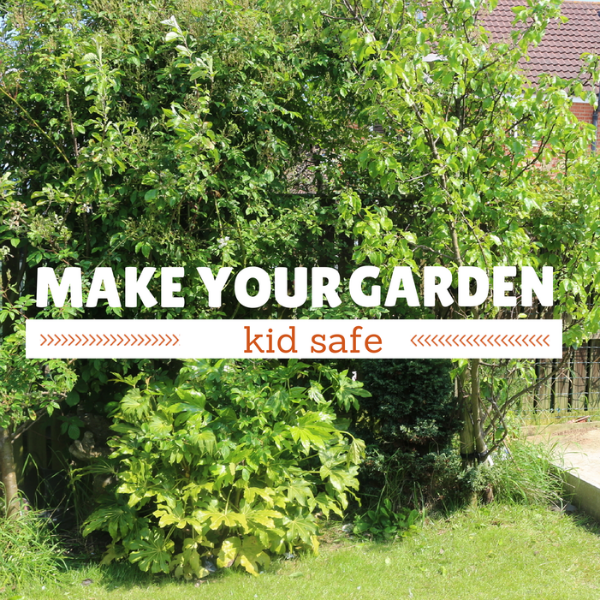 I married a farmer’s son, so it was inevitable that we were going to grow stuff in the garden and not just flowers.  This became even more important to us when we had children.  We wanted to show them where their food came from and to encourage them to grow their own.  This year we are growing shallots, potatoes, carrots, parsnips, peas, runner beans, broad beans, cabbages, cauliflowers, salad leaves, radish, spring onions, tomatoes, strawberries (in hanging baskets) and an array of herbs (dill, basil, cress, flat parsley, chives, mint, sage and fennel). Center Parcs challenged us to share with you a day in our garden for this months Tots100 Center END_OF_DOCUMENT_TOKEN_TO_BE_REPLACED

Firstly I am going to admit that we already had a Karcher pressure washer, which was passed down to us via the in laws when they upgraded.  This machine is around 9 years old, so I know that Karcher Pressure washers are designed to last. 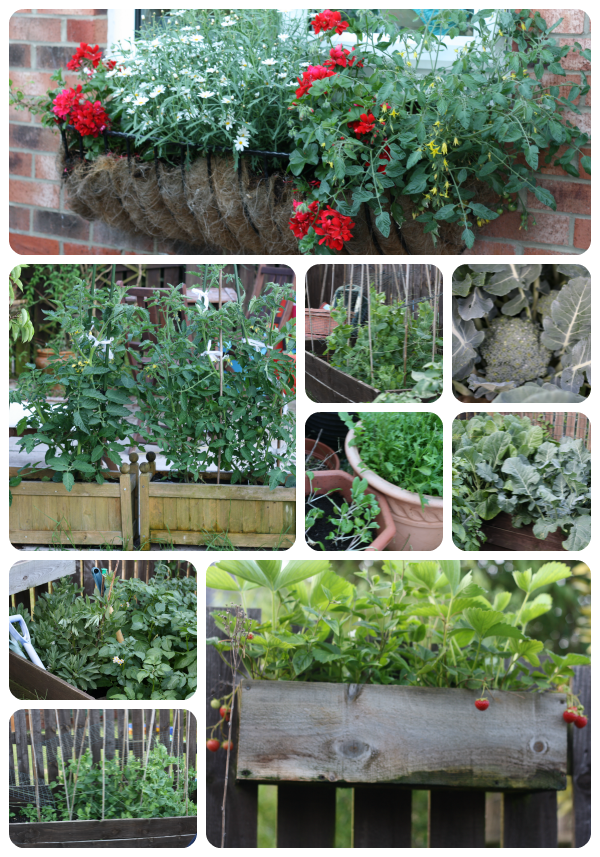 As the years have gone on we have learned that we just can not grow carrots. That cabbages are hit and miss for us and although we can grow onions they are actually really inexpensive to buy so are not best use of our tiny bit of land.

This year we have planted new potatoes, cabbage, sprouts, broad beans, peas, strawberries, tomatoes, peppers (in the conservatory), pak choi and salad leaves. We have three raised beds which have the peas in one, potatoes in another and broccoli and sprouts in the other. Each year we rotate what is in each of the beds and as soon as the potatoes come out in a week or so we will be planting some winter kale and other winter greens (spring cabbages).

We have two large barrels which both have broad beans in this year. We want to encourage the boys to eat them and growing them is often the best way for us to introduce a food to them. In fact the peas never get from pod to plate, just pod to mouth! We are growing strawberries in hanging boxes and baskets, but they are very small this year. Perhaps we need top replace them next year. Has anyone else had this issue?

Tomatoes are also grown in planters and we have one tumbler in almost the flowers, which has done remarkably well.

I also have a number of pots with herbs in including Sage, Chives, Mint, Rosemary, which remain outside all year round and we have more tender ones in the kitchen including Basil.

Keep your garden in shape this summer
If the weather is good – and you’ve made preparations for adequate seating areas and so on in previous months – then your garden might be a fantastic place to be right now. However, there are plenty of things green-fingered individuals can do to help it remain looking at its best. Just as boiler insurance can cover you for winter; these steps could get you prepared for some pleasant evenings ahead with your feet up.
Love your lawn
If during the colder weather your lawn was neglected somewhat then it might be worth giving it a little extra tender, loving care this month. Regular mowing – at least once every couple of weeks – is perhaps the best way to keep it looking at its best. Don’t let your cuttings go to waste either as they can be added to your compost bin.
If necessary, don’t be afraid to add a little fertiliser to your grass and tackle weeds by uprooting them or using an appropriate weed killer. Avoid yellow patches by moving around garden ornaments or furniture regularly.
You could also take the time to tidy up your borders, this can improve the definition of your garden and make your shrubs look better than ever.
Welcome the right kind of wildlife
While certain visitors to your backyard – such as snails, slugs and beetles – may not be particularly welcome due to the damage they can cause, others are likely to be a more enjoyable sight. Birds might effectively remove problems by preying on them and avoid you having to but down potentially harmful pellets. So keep hedgerows thick enough for them to nest in, place a birdbath and consider putting up nesting boxes.
Take care of indoor plants
Why not take advantage of the time freed up by not needing to worry about your boiler cover for at least a few months by concentrating on some other tasks? If you’ve household plants then make sure they are getting enough water and re-plant those that appear to be outgrowing their containers. You should also try to get the right balance between time spent outside and indoors. So bring them in on a cold night, place them in the garden on a pleasant day and use blinds to avoid them scorching.
Collect water to avoid wastage
In summer the money saved on central heating bills can quite easily be eaten in to by the costs of increased water usage. It may, therefore, be wise to install a water butt in your back yard to collect rainwater. This can then be used to keep your plants healthy and prevent you from needing to get the hosepipe out. The same applies to grey water, which is particularly useful during water shortages. So why not save your leftover bath or washing up water for your plants? If you do have crops that you plan to eat then it’s best to avoid using it on them due to the potential for contamination. 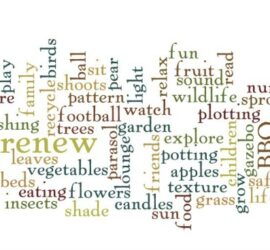 We love our home. We moved here six years ago from Berkshire and this house was totally supposed to be a temporary stop gap until we built our own home on the farm. But……… we really love the house we bought and are very happy in it to have parked our other plans for sometime in the future. The only thing we would really love to change is our garden. As a family it really doesn’t suit our lifestyle.

So before I tell you what we would love to have from a garden let me show you our current garden. Please bear in mind it was a mud pit when we moved in!