Here’s an easy poppy craft, which is a great Remembrance Day activity for children. We have made a display of poppies and a paper plate poppy wreath, but you can use the same technique to make a poppy brooch by added a pin on the rear or a display of poppies for your home, church or school.  The mini mad’s will be taking the poppies to my mum’s grave in remembrance of her. These poppies were inspired by the fab wax paper flowers at Homegrown Friends. How to make melted wax poppies with KidsMaterials: 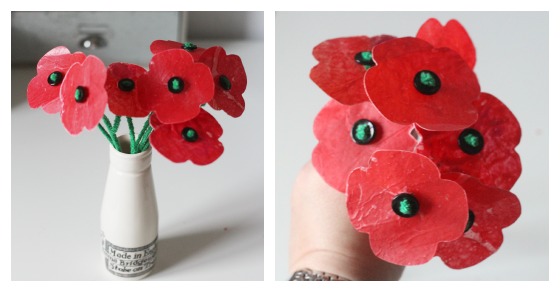 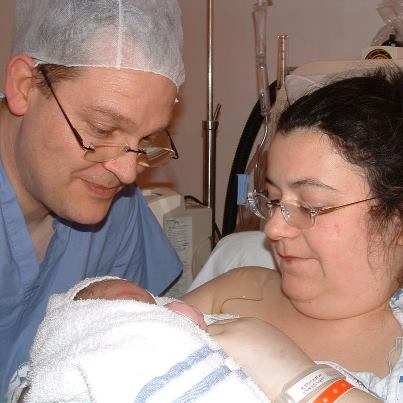 I was delighted to hear the news that Princess Catherine and Price William are expecting there first child this afternoon, but after reading that she had actually been admitting to hospital with Hyperemesis gravidarum brought back so many memories for me.

Hyperemesis gravidarum or HG is a horrible affliction and thankfully not a common pregnancy condition. It affects up to three per cent of mums-to-be. But if you’re unlucky enough to suffer from HG, it is miserable and can be just hell. HG usually begins at between four weeks and seven weeks, easing off at between 14 weeks and 16 weeks of your pregnancy. In most cases, HG will end by the time you’re about 20 weeks pregnant. Unfortunately, for me and up to another 10 per cent and 20 per cent of sufferers, HG goes on to last for the whole pregnancy.

The hardest part for me was people kept offering me advise on ways to stop the sickness, including ginger, acupuncture eating little and often and every other morning sickness remedy out there and I just wanted to scream at them. I wasn’t suffering for morning sickness, i was suffering for every minute, every second sickness. I didn’t even get respite from being asleep as I would vomit in my sleep. I was being sick as much as 100 times a day and dry heaving in between.

Before I fell pregnant with Maxi I had suffered from a Molar pregnancy and so when I started vomiting excessively we were really concerned that I was having another one. I was admitted to hospital and given an urgent scan, put on fluids via a drip and my fluid outtake was monitored. Various medications were discussed, but both MadDad and myself were very anti medication as we had never managed to get full term with a pregnancy. My first admittance lasted three days and I was discharged once I could tolerate oral fluids.

Things went downhill pretty fast and I was readmitted within the week. This time is was clear that I needed to accept that some medication was essential. So we started on what was to be a week of trial and error to find one that actually stopped the sickness. I was very lucky and my obstetrician had been with us through the Molar pregnancy and didn’t skimp on trying all the meds. Some doctors are reluctant to try the more expensive medication such as ondansetron. Mine tried it, but it just didn’t work for me. In the end I needed cyclizine, but couldn’t keep it in orally, so here started the three times daily injection in my bottom that MadDad did for the remainder of my pregnancy and even then it didn’t stop all the sickness, it just made it more manageable.

I suffered terribly and find it really hard to put in to words the utter awfulness that both my pregnancies were. The only way I got through them was with the support of my wonderful husband and supportive GP and consultant. I thought I was dying, I felt dizzy all the time. It was as though I was suffering from permanent sea sickness. I was emotionally unstable and depressed. Being sick all the time does nothing for your hormonal balance. I was lacking in B vitamins.

It got to a point where I couldn’t even sleep in the same bed as MadDad as I couldn’t bear the bed moving or the smell of him. I couldn’t cook food and lived off rice and reheated mash and peas for months. The only relief I got was the hour of acupuncture I had twice a week and as soon as they took the needles out I felt terrible. I lived for these hours.

For one I am glad that I didn’t blog when I was expecting the boys as I was in a very dark place and the only thing that got me though was knowing that at the end I would have a baby.

So my hope is that Kate doesn’t suffer to badly and that her treatment is good, but I am thankful that she will have raised awareness of this terrible condition.