How cute are these Pinecone Hedgehogs? Pinecones are just amazing.  Autumn has such beautiful bounty and one of our favourite crafts of the past was our pinecone owls and when we got them out recently Mini commented that pinecones look a little like hedgehogs, which is what inspired our pinecone hedgehogs. 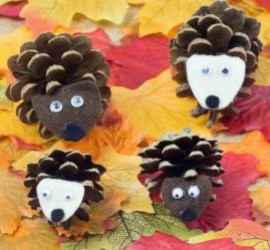 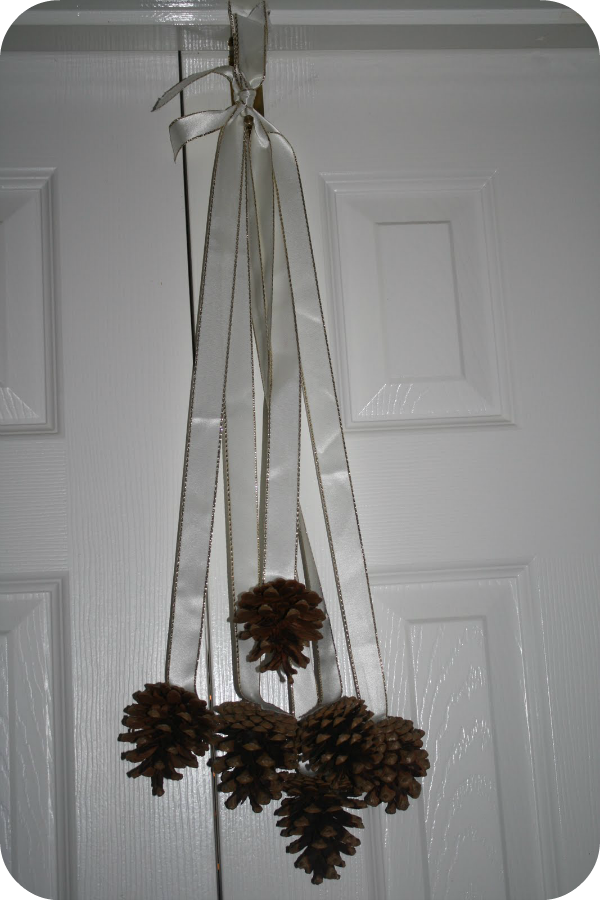 Maggie at Red Ted Art (who has a new craft book out) hosts a weekly Google + Hangout and this weeks was all about Pine cone crafts. Mini has been studying nocturnal animals this week, so we decided to make a pine-cone owl.

This is one of those crafts that you can adjust dependent on the age of your child bu cutting out all the felt (or foam) and allowing them to glue it or they can cut it out and glue it too. I made templates for the boys to draw around on the felt with a soft pencil and they cut out the felt themselves.

Cut out in yellow a figure of eight shape for the base of the eyes larger than your googly eyes and stick the eyes to it.
Then using orange felt or foam cut out a small triangle for the beak and curves with points which are the owls feet.
You cut out a square in brown for the owls hat – approximately 2 inches in size, but this depends on your pine cone.
Cut two triangles for the owls wings