What We Cooked At Home During Lock-Down is a paid collaborative post with Simply Cook. Food has been one of our constants during lockdown. Initially, the worry that the world and his wife were stockpiling and with me shielding we couldn’t get our regular order, and then it gave us something to look forward to. A home-cooked meal, with set meals on certain days of the week helping to delineate and define what day it was. 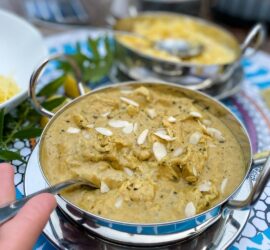 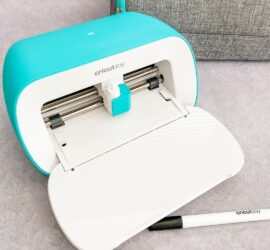 I have had my Cricut Joy since the beginning of lockdown, but haven’t had the mindspace or time to unbox or review it. However, I was determined to get it out of the box and see what was so special about it.

This fab personalised party crafts post is brought to you by Sara-Jayne from Keep Up with the Jones family.  A certain little someone from The Jones family is going to have a birthday soon so I asked Sarah to share with us her love of all things party and see what she could do with this beautiful photo gift wrap from Dom and Geri. 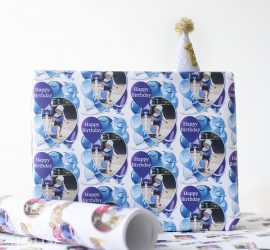 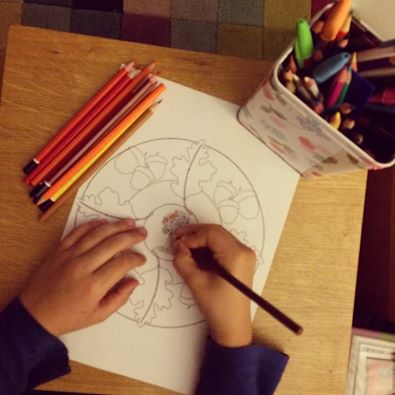 We use a lot of technology in the Mad House and one thing that we have been trying to do more lately is less reliance on screens, so having the ability to print activities, colouring pages and papercrafts without even turning on the computer or tablet is amazing. For the last three months we have been using the Canon Pixma MG7150  for our printing requirements and one of the benefits of this printer is its LED screen and ability to print directly from the printer using a series of child friendly menus without even turning on the PC.  The amazing thing is that this piece of technology has actually reduced the boys END_OF_DOCUMENT_TOKEN_TO_BE_REPLACED

Off days, we all have them. Well I think we all have them. I have had an off couple of weeks. The last couple of weeks of the school holidays have been something of a challenge for me. I contracted a virus which for some reason affected by joints and left me pretty much unable to walk. I am getting better slowly, but have walking sticks and a lot of pain. Now you can imagine this has been hard on all of us. I am really lucky that my boys are eight and nine and pretty capable kids. They have lots of friends that live nearby and have had a couple END_OF_DOCUMENT_TOKEN_TO_BE_REPLACED 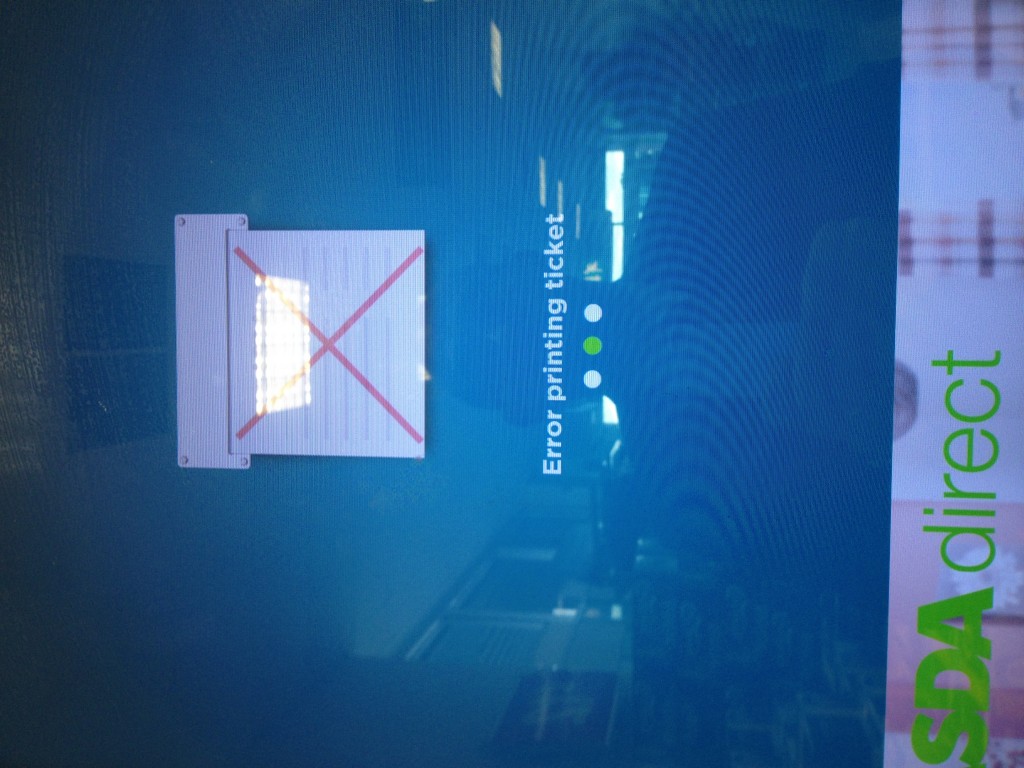 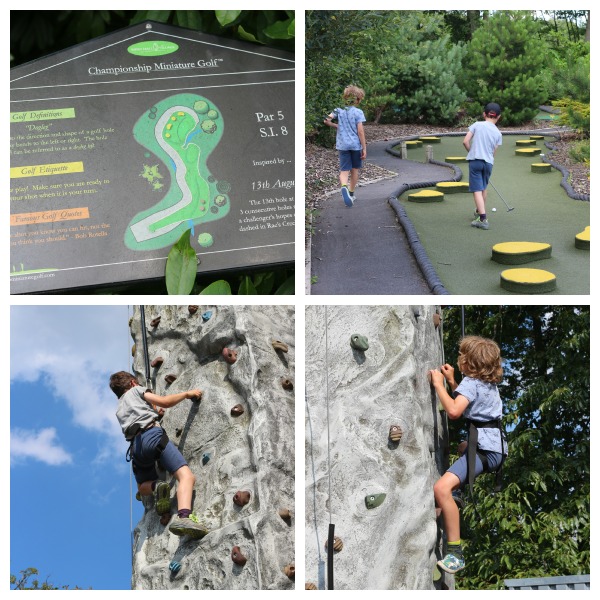 During 0ur recent weekend at Blackpool we stayed at Ribby Hall Holiday Village which is ten minutes outside of Blackpool and is amazing.  For us it was much better than staying on a B&B or a hotel as we had the freedom to come and go as we likes, plus coupled with fab onsite activities  and leisure pool it has something to suit every family. Accommodation

My boys know no fear, they are mini thrill seekers and love visiting theme parks, but being eight and nine, means that they are not tall enough to go on a lot of the rides, but they really enjoyed Thorpe Park and could happily spend a couple of days at a time there! 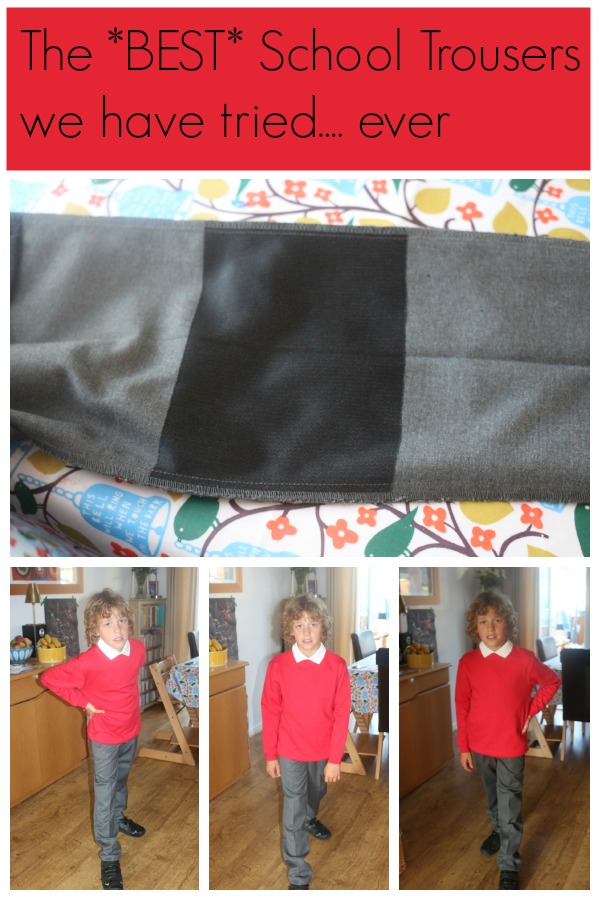 I do not say this lightly, but I think I have found the holy grail of school uniform.  The BEST school trousers ever.

I am a simple soul I think.  I do not crave expensive diamonds or flash cars.  Instead I have things in my life that make me happy there and then.  I have learned over the years that the small stuff is what keeps me ticking over. I was recently invited to Twinings and this really made my heart sing.  Anyone who knows me will understand why.  I love tea.  I am a tea monster, but I am something of an old fashioned tea drinker as I still use loose leaf tea (my granddad did and so did my parents). Then something rather serendipitous happened and Sage asked to review their Tea END_OF_DOCUMENT_TOKEN_TO_BE_REPLACED

The Cricut Explore was released in the UK today and I have been lucky enough to have had one to play with for the last two weeks, so I wanted to share with you my thoughts from this first two weeks with this revolutionary machine. First off I am going to admit that it has been Easter Holidays here and my number one priority is my boys, so it remained unboxed for three days and has only been played with in small chunks oe with them with me. Secondly, I am going to admit that cutting is my kryptonite.  I hate cutting things, I do not have mad cutting skills and I END_OF_DOCUMENT_TOKEN_TO_BE_REPLACED

The minimads took their first trip to Alton towers this Saturday.  My boys are mini thrill seekers and adore rides of any sort and were a little disappointed  that most of the big name rides were for children over 1.4 meters.  Of the ten thrill rides the boys were not big enough for eight of them, however they still managed to go on at least 15 rides and had a great day.  If you have younger children you need to bear in mind that creepiest land doesn’t open till May. 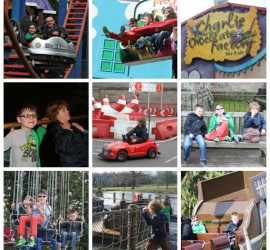 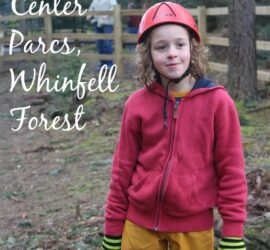 It can be hard to find a weekend break that fit’s all family needs, in fact it can be pretty impossible, especially when you have two overactive boys aged seven and eight, a husband that works very hard all week and thinks weekends are for relaxing and me, who just doesn’t want to cook and wants a little me time.

Often you get a science kit and you have to add lots of additional products to make it work. This is certainly not the case with Ravensburger Science X Maxi Prehistoric Expedition.  The only extras you need are water and distilled water.  In fact you can do most things straight out of the box. 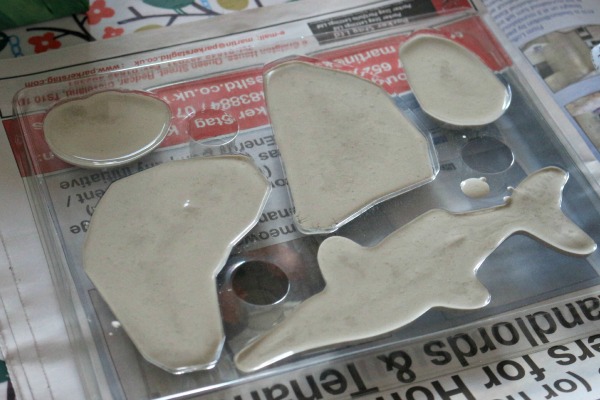 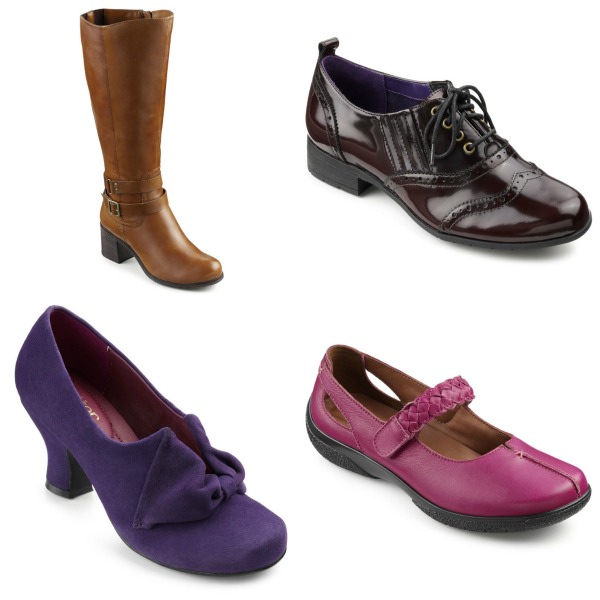 Do you have to sacrifice style to have confort?  I would like to assure you that the answer is no, you just need to know where to look for things and I am going to share with you my fantastically hot purple heeled boots as an example.

I have experienced the horror of nearly losing all our photographs thanks to a virus.  I can tell you it wasn’t pleasant and it was only thanks to a local company that they managed to salvage my PC and get me up and running again. 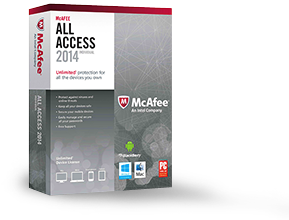 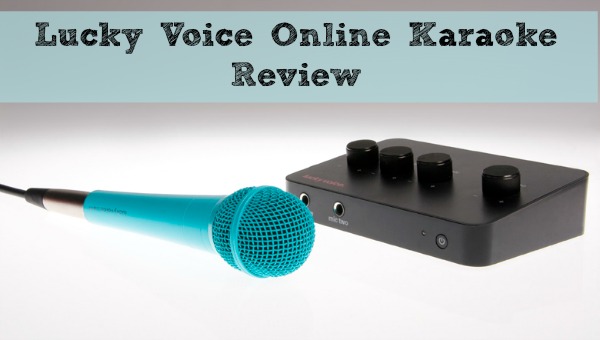 Karaoke love it or hate it?  For most people it is marmite.  In the Mad House we have decided that we love it, but only in the private of our own home and not enough to share with you guys online! We had never tried Karaoke until Lucky Voice sent us Lucky Voice Karaoke Kit (£49.99) to review.  Lucky Voice Online Karaoke turns any computer (with internet access) into the ultimate karaoke machine.  You register at www.luckyvoice.com/sing for a 14 day free trial which gives you access to their library of songs and you can have monthly access to 1000’s of songs for only £4.99 a month. The Lucky Voice Karaoke END_OF_DOCUMENT_TOKEN_TO_BE_REPLACED

So on to the Spy Gear kit we were sent. The biggest hits were the Stealth com walkie talkies as they didn’t need to use their hands. They loved these and have been played with a lot. They go in to their bedroom and communicate. Mini caught me out with the Micro Agent Motion Alarm as he put it in his bedroom, so when I went in it set the alarm off. He is very protective of his room and all his books and hates people going in it, including Maxi’s friends when they visit, so this was one of his favorite items.

The Night Goggles have come in to their own now the nights are getting darker and Mini can even use them over his prescription goggles. The Spike Mic Launcher did not survive Alvin and was an early casualty of #MadPup! Both boys like the Field Agent Spy Watch, but found it difficult to put on themselves. 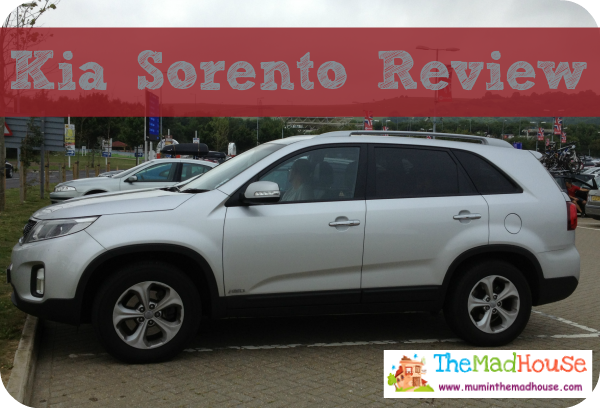 MadDad’s car broke just before we were off on our trip to France this summer and thankfully Kia offered us the use of a Kia Sorento for the week.  As we were taking the car to France MadDad was going to be the main driver (I am not keen on driving on the other side of the road) and we needed a car that would fit three stage 3 car seats in the rear.

There is no way I could have used a traditional iron and have been so thankful of my Tefal Steam Generator as the iron part is much lighter as the water for the steam is not stored in it, rather it is stored in a separate part. The model I have is the Pro Express Total Auto Control – GV8930, which retails at around £299.

Now I appreciate that this is A LOT of money for what is an iron, but really it is more than that. Since getting mine I have halved my ironing time. I used to take around an hour on a Sunday to iron 5 mens shirts, the boys school shirts and tops and all the rest of the weeks ironing. Now that is down to 30 minutes. Plus is it easier and looks better too.

The Pro Express Total Auto Control means that I do not have to set the irons temperature, but I do have control of steam with its two preset steam levels. It has 5 bar of steam pressure which means that the results are pretty impressive.

Tefal’s unique anti-scale collector and Auto clean soleplate
Unlimited ironing time thanks to the permanent refill and 1.8L detachable water tank
Added safety with the auto-off feature
Environment friendly product with an “Eco” setting saving 20% of energy
The cord winds back in to the iron
The iron locks on to the base, even when hot 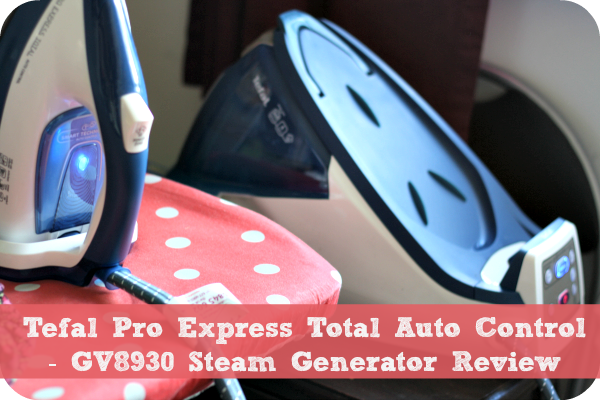 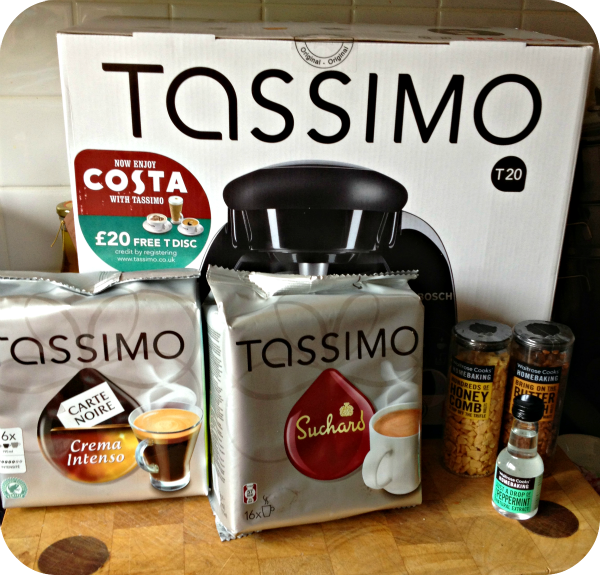 I never thought that a coffee machine would make such a difference to our home. I am not a coffee drinker, but MadDad loves a good coffee and it is his affordable luxury in life. So when offered a Tassimo machine I thought it would be something that he would really appreciate. I was right, he is really impressed with the quality of coffee, however, this months challenge was to create our own drink, but MadDad’s coffee is sacred and he would not allow me to fiddle with it at all!

The only time I drink coffee is in the lead up to Christmas when I add Baileys, so I decided to add some and yum, very nice grown up coffee.

But the thing that has been most wonderful and completely unintentional is the freedom the Tassimo machine has brought to Maxi and our morning routine. Maxi has always been an early riser and he loves to have a hot chocolate on a morning, but at 8 I feel that he is too young to operate a kettle, so one of us has to make him one. The Tassimo machine means that Maxi can make chocolate for both him and Mini. I love instilling independence in children and Tassimo has certainly revolutionised our mornings. They are calmer, more relaxing and we get a little longer in bed!