For over a year I had managed to dissuade the boys from Skylanders.  I feared they were just an expensive fad that they would get in to and as we were unable to afford the characters the game would not be able to be fully played with.

The thing is Skylanders didn’t go away and then Skylanders Giants came on the scene and I had two boys who both desperately wanted Skylanders.  So they entered the Tots100 competition to become part of Team Skylanders and were lucky enough to be chosen as one of the ambassadors. We were sent a Skylanders Giants starter pack, this came with a console specific game, a portal of power and 1 Giant Skylander ( Tree Rex), two standard figures (Cynder and Jet Vac), 3 trading cards, sticker sheet and a poster.

The premise of Skylkanders is each toy figure, sold separately, is placed on the portal of power to access the character in the game.  You can use the figures across the different 360/Wii/PS3 versions to bring your progress with you when visiting friend. Skylanders Giants introduces new characters, a new adventure and a host of improvements and upgrades. 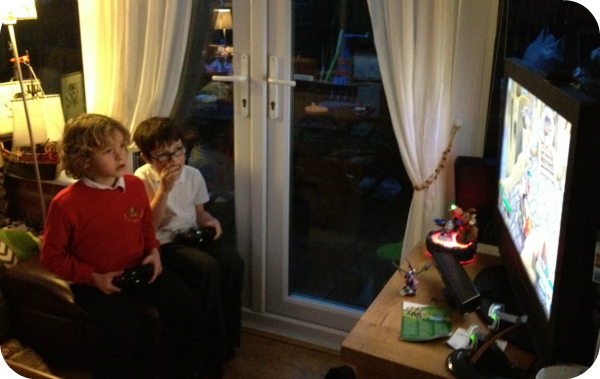 The not so good points: