I am lucky, Maxi doesn’t crave big expensive parties, he is happy with a few friends and family round and things to do and quality time with his fiends.  This makes me happy and I am more than happy to oblige whenever I can.
Last year this found me making, baking and decorating cakes one day after my discharge from hospital after my double mastectomy with my drains in.  So whatever we did this year it was bound to be easier!
Maxi asked for a Hungry Caterpillar Party, so I scoured the Internet for inspiration and I needn’t have worried at all.  So with no further ado I give you Maxi’s Birthday Party. 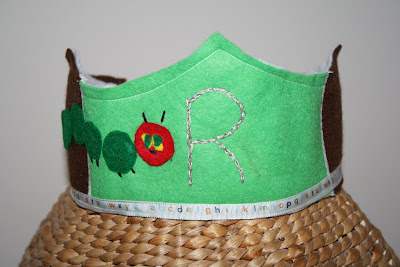 His Birthday Crown.  The idea is that I add an item each year to represent his birthday. 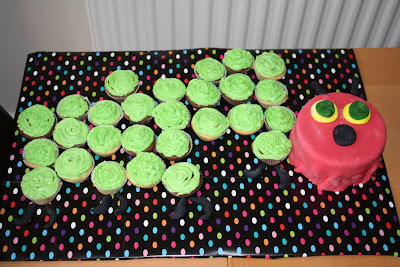 The cake, what can I say, maxi is chocolate cake obsessed so the head is a large  chocolate cake filled with chocolate butter cream icing and the cup cakes are both chocolate and vanilla with vanilla icing (all the spare ones are going to the school) 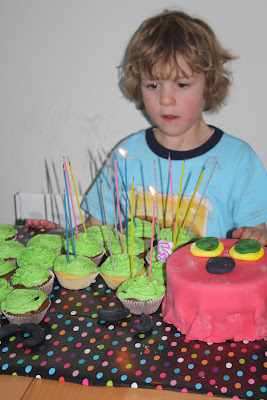 Instead of little candles we loaded the cup cakes with sparklers and maxi had lots of fun blowing them out. 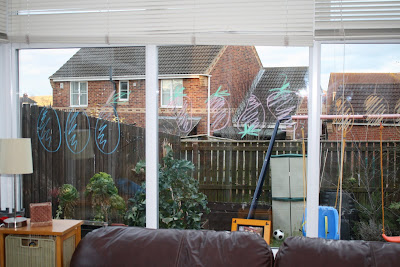 I drew images of all the food the hungry caterpillar liked to eat on the windows in the conservatory and let the children have lots of fun colouring in butterflies that I also drew. 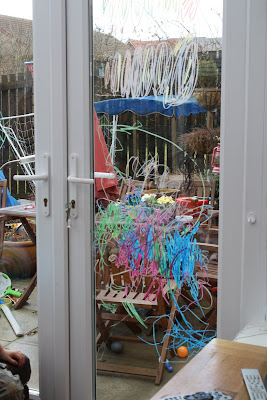 Yes this is a butterfly doncha know!! 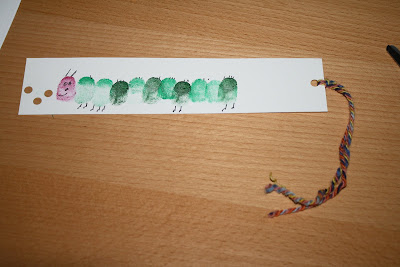 The children all made bookmarks, inspired by Ali at Domasticali.  They also coloured in images I downloaded from Eric Carles web site too.  I punched circles from green and red tissue paper and lots of gluing and sticking took place. 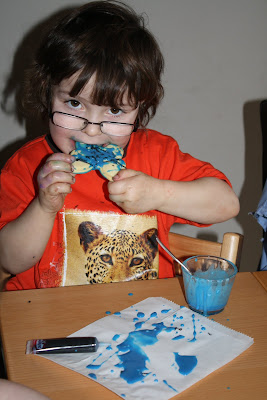 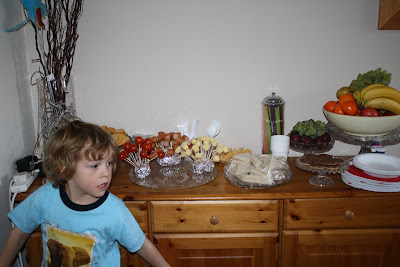 Oh and of course there was food and lots of it, in fact we had everything the caterpillar ate except for the cherry pie (as I don’t have a cherry stone remover)!
The children had a great time, we also had traditional party games, including pass the parcel, musical statues, musical chairs and sleeping lions.  I cooked a large ham roast and left most of the adults in the kitchen making their own sandwiches!