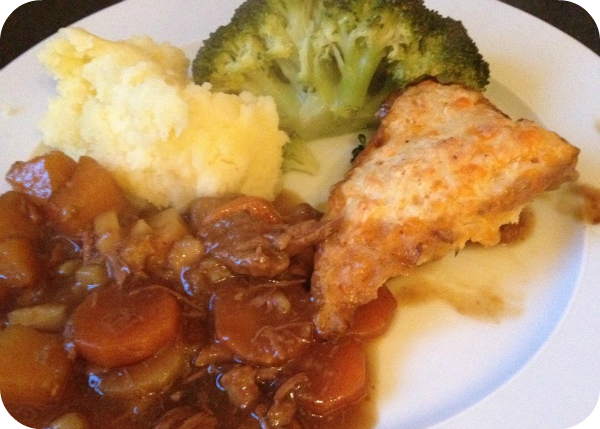 Winter in the UK is a genuinely unpredictable season, meaning the cold weather can start as early as October and sometimes not depart until March.

Whichever type of winter season we have, it is almost certain that at some point there will be the usual headlines about the wrong type of snow hitting train services and the pavements turning into ice rinks due to council cutbacks!

However cold it gets, you can always warm yourself up with a lovely homemade meal, giving you the inner warmth needed to take on the outdoors, or simply cosy up on the sofa.

Here are five top recipes to keep you warm:

Breakfast is the most important meal of the day and this is especially true in the winter. A bowl of porridge not only gives you a warm inner feeling, but its slow release of energy means that your blood sugar levels remain level throughout the day. When you also factor in that it actually helps to reduce cholesterol, it is the perfect way to start a winter’s day.

Nothing could be simpler than a baked potato. Although many people these days use a microwave for a fast way to cook them, the best method remains a hot oven. Simply wash the spud, sprinkle with some salt, pop it in the oven and leave it for an hour or so until the skin looks crispy.

Whether it is straight from the tin or a well-loved family recipe handed down through generations, a bowl of hot soup is about as comforting as you can get in cold weather. Electric cookers are easy to keep clean and popping a saucepan of soup on the hob is one of the most simple but rewarding cooking tasks there is. Spanish Garlic Soup is quick and easy to make using ingredients such as olive oil, garlic cloves, bread and flavourings, and can bring a little bit of sunshine to a winter’s day.

Whether it is in a pot on the hob or in a casserole in the oven, making a stew is one of the oldest and most traditional dishes you can attempt, regardless of where you are in the world. Cheaper cuts of meat benefit from longer cooking times and after a little preparation of vegetables and adding spices and flavours, there is little to do but sit back and relax whilst it cooks. Most countries have their own variations, with the UK having more than its fair share, whether it’s Lancashire hot pot or ‘Scouse’.

The most traditional of all British dishes, the Sunday roast is usually thought of as a weekend or holiday season special. However, with whole chickens often costing as little as a packet of two chicken breasts in supermarkets, there is no reason not to pop a roast in the oven any day of the week.