I am a DisneyLife Brand Ambassador and this post was created in partnership with DisneyLife who have provided me with a free 12 month DisneyLife membership.

We have been working with DisneyLife for four months now and I want to share our top five films for you to enjoy if you have tweens. First of all, these are only our current top five movies. If you were to ask me or the boys next week it might be different! 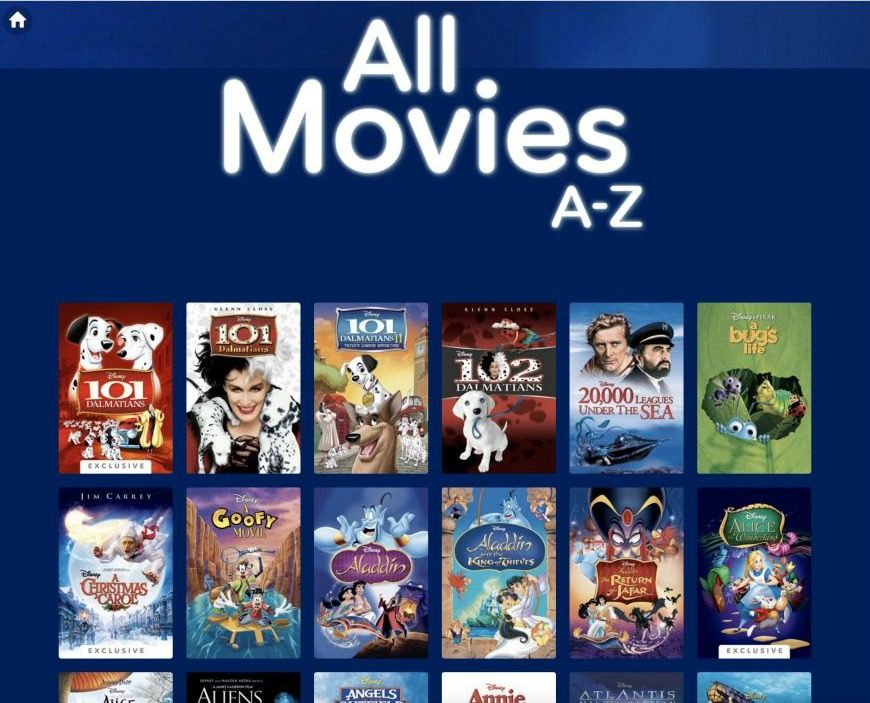 We really love DisneyLife. It’s great for watching films and we can watch it in so many different ways. The boys who are 10 and 11 can often be found catching up with a film on their iPad, or we can watch one together on family movie night using our smart TV. Soon we’ll be off to Holland for half-term, and I’ve already downloaded a number of movies and books to the iPad for our journey and to watch in the evenings in our room. The app really gives you the best of Disney all in one place. 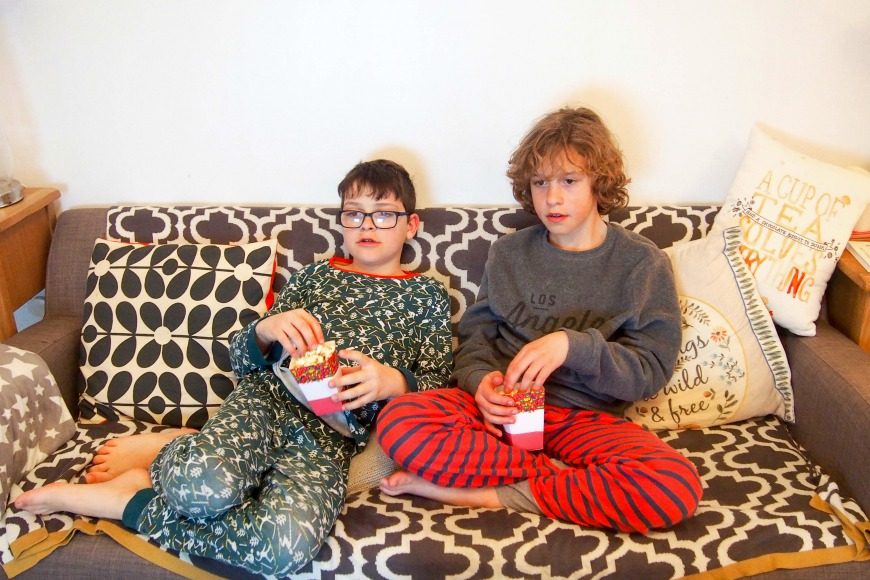 Disney really is multigenerational and DisneyLife has something that will appeal to all the family, from pre-schoolers through to grandparents. I had so much fun introducing the boys to Bedknobs and Broomsticks the other weekend!

So with no further ado, here are our current top five family movies on DisneyLife to watch if you have tweens. 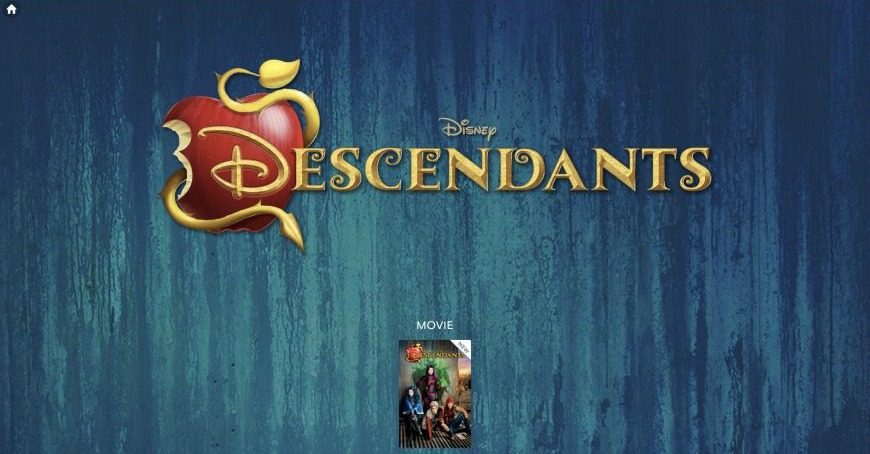 We all really loved this movie and I don’t want to give too much away, but it’s all about the children of the original Disney heroes and villains. Should the children be punished for the parent’s sins? Well, it turns out that Prince Ben, the son of King Beast and Queen Belle decides that they shouldn’t, and proclaims that the children of the Isle of the Lost, home to the most infamous villains, should be given the chance to live in Auradon. Descendants follows the journey of Mal, Evie, Carlos and Jay as they travel outside the realms of the island prison for the first time in their lives. Will they follow in their parents’ evil footsteps, or will they choose to embrace their goodness and save the kingdom? Maxi loved this so much, he is already reading the books! 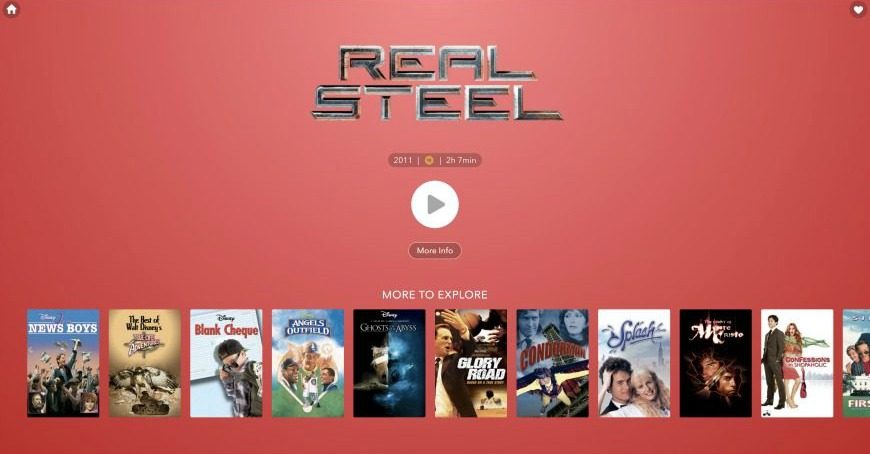 Set in 2020 when humans are no longer allowed to be boxers, Real Steel follows Charlie, who used to be a boxer, but now scrapes a living from fighting with his own robot. However, things go wrong when he loses his robot in a fight with a bull (yes, you read that right, a bull) and is forced to team up with his young son who’s mum has just died. Starring Hugh Jackman (for the mums!) and robots for the boys, what more is there to say! 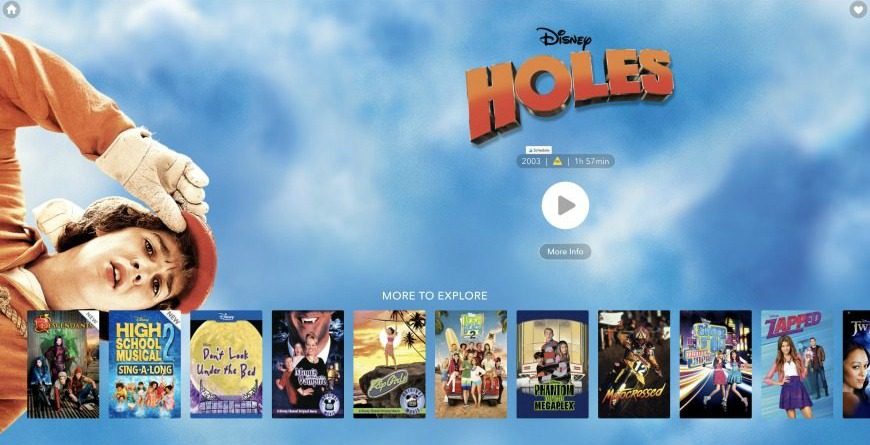 This is a family classic, and yes, it is from 2003, but it’s perfect for family movie night. Holes is all about Camp Green Lake, a juvenile detention camp. Each day, the detainees must dig a five-foot round hole in the desert to “build character”, despite the danger of the sun, rattlesnakes, and yellow-spotted lizards, which can kill with a single bite. The inmates are told that if they find anything interesting, they may earn a day off. 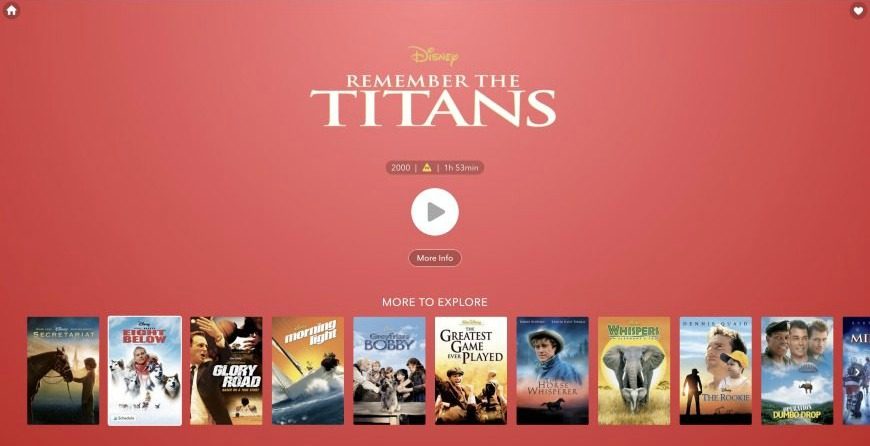 Remember the Titans is an adaptation of the true story of an African-American coach in 1971, a time when the “white” high school and the “black” high school were forced to combine in to one, resulting in the town exploding in racially-biased havoc. The story really gripped my two boys and it has a fantastic soundtrack, too. You certainly don’t have to be an American football fan to watch this and it is perfect for all the family to enjoy. It’s also great for starting a discussion around integration and equality. 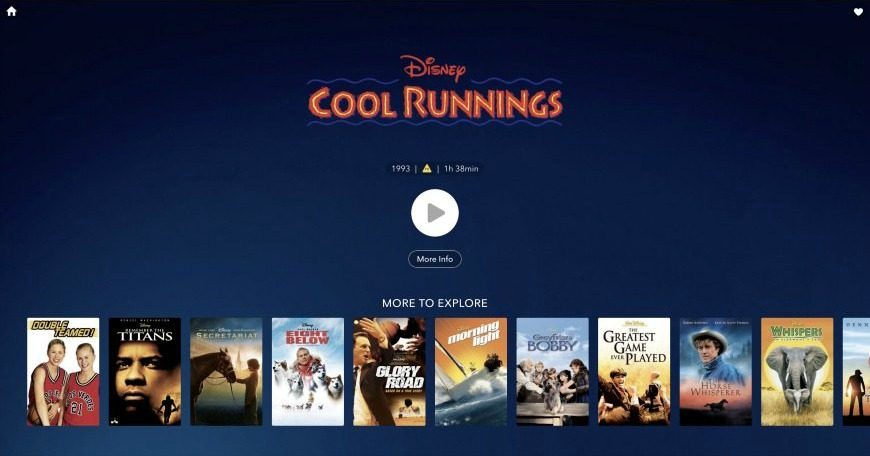 Sometimes you just need a movie that brings out all the laughter, and for us that is Cool Runnings. We all love this fab movie about the Jamaican Bobsleigh team and their entry into the 1988 Winter Olympics. “Feel the Rhythm! Feel the Rhyme! Get on up, it’s bobsled time!” This is a classic feel-good comedy and part of me still cannot believe that it’s from 1993!

The beauty of DisneyLife is that we have lots more films to explore and enjoy as a family and we’re all looking forward to watching Skyrunners for our next family movie night.

Why not download the DisneyLife app (it is available on both IOS and Android) and start your free month today. 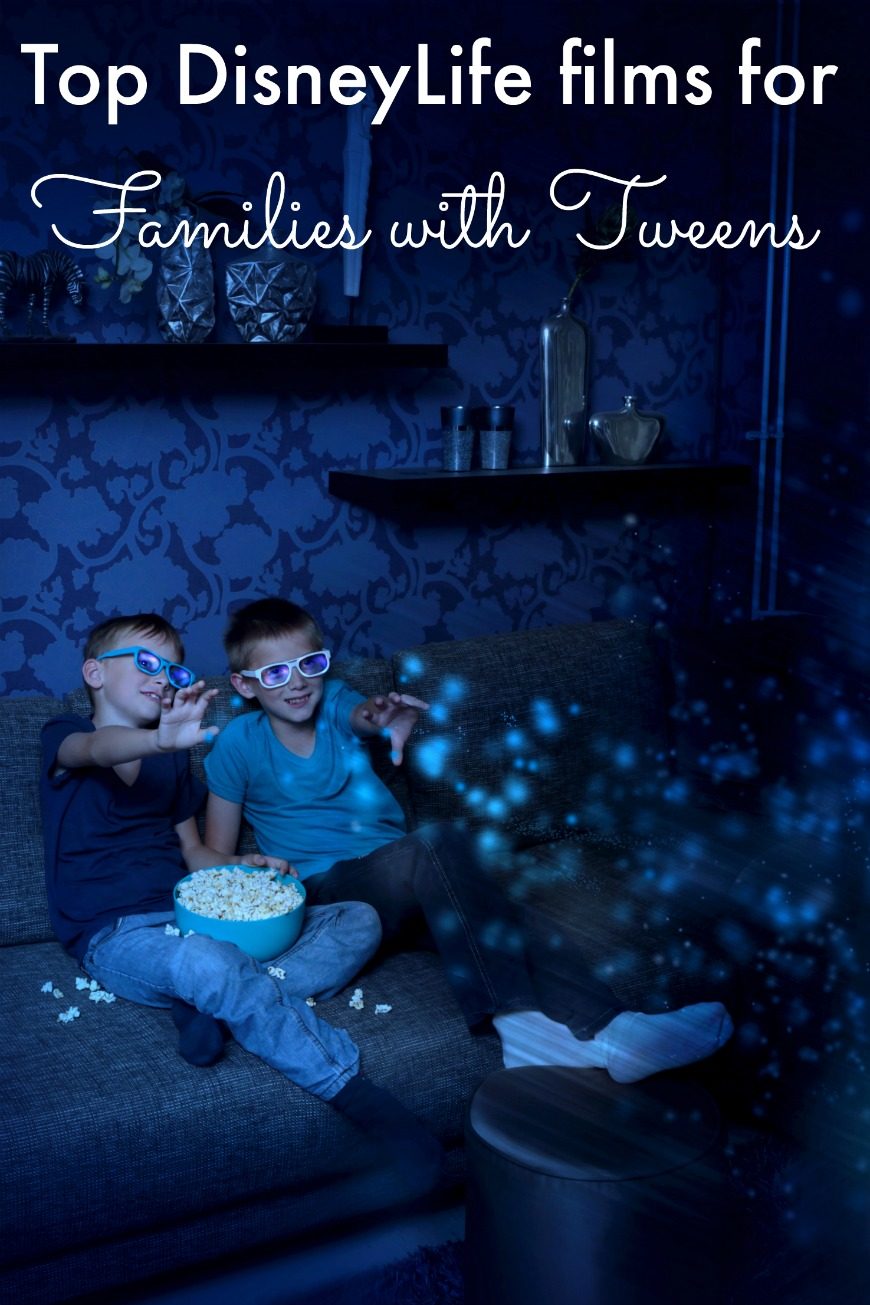 8 thoughts on “Top DisneyLife Films for Families with Tweens”